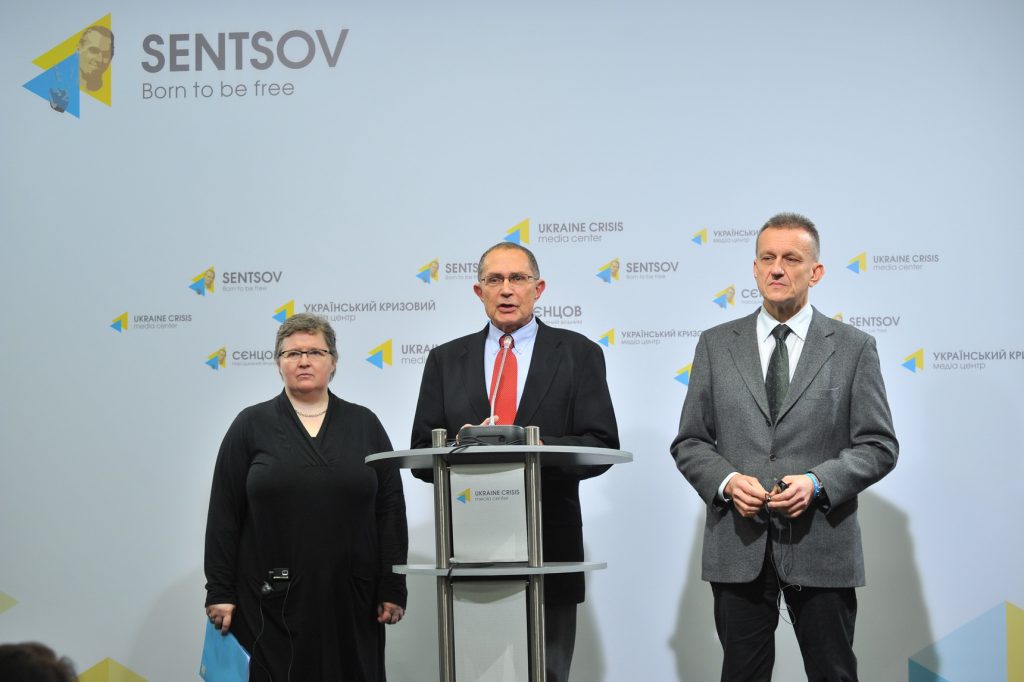 Kyiv, December 8, 2015. The World Health Organization (WHO) recommended three national rounds of vaccination in response to the polio outbreak in Ukraine. Today the country is in its second round. Only 20% of children under the age of 6 were vaccinated in the first week of this round. Now it is the second – and the last – week of this round. Given that the minimum target is 95% reach in each round that is a significant underachievement. That was announced by the WHO representative Dennis King at the press briefing at Ukraine Crisis Media Center. “With such a low coverage, the WHO recommends to extend this round for an additional week,” he added. Moreover, if Ukraine fails to achieve the 95% coverage in tree national rounds, there WHO will likely recommend to extend the vaccination campaign. “The polio outbreak will be declared over after surveillance of the acute flaccid paralysis no longer detects polio virus’s circulation within Ukraine,” Mr. King explained.

Third round of vaccination is designed to target the children up to 10 years old and was to begin on 18 of January.

According to the WHO representative Dina Pfeifer, oral polio vaccine (OPV) is the WHO-recommended vaccine to interrupt polio transmission. Children need to receive at least three doses pf OPV to be fully immunized. “It stops the transmission rapidly, that it why we favor this particular vaccine. That is exactly the right product for Ukraine,” she explained. It also provides the protection against three types of the virus, including the type two that hasn’t been detected since 1999. In May 2016, all countries will simultaneously switch to another type of vaccine and global community will be depending solely on the inactivated polio vaccine against type two. That is another added value of the vaccination process, experts insist.

Dina Pfeifer also added that this exact vaccine has been administrated for the last 50 years in Ukraine. That means that parents of today’s children were immunized with the very same product. “We are urging them to provide their children with the same level of protection as they received themselves,” she stated.

According to the UNICEF representative Dragoslav Popovic, his organization has secured sufficient dozes of the vaccine for this round. Thanks to the EU donation, there will be enough vaccine for the round three. He believes that the big part of the success of this campaign depends on trust and that the personal example is extremely important. Mr. Popovic provided a vivid example of healthcare workers keeping the immunization records of their children on their tables to deal with parent’s refusal so that they can provide their own example to make the parents change their mind. At the backdrop of this so far failing polio campaign, the healthcare facilities and workers are “doing an exceptional work”. “In Kharkiv, healthcare workers are using their personal cell phones to send SMS-reminders to parents of children who were vaccinated in round one. That is an exceptional going beyond normal expectations to ensure those children are protected,” Dennis King added.