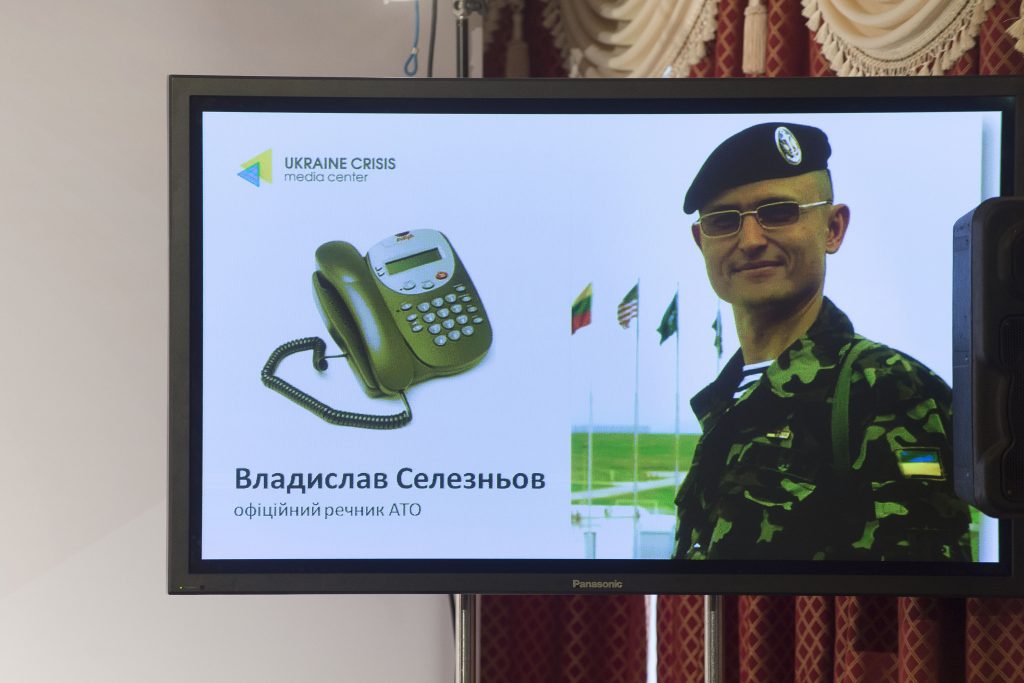 Kyiv, June 10, 2014 – The anti-terrorist operation forces will provide for refugees’ secure evacuation from Eastern Ukraine, where combat activity still continues. It was the information official spokesman of the anti-terrorist operation Vladyslav Selezniov provided during his briefing call in Ukraine Crisis Media Center. «There is corresponding communication on the level of ATO participants and local government bodies on rendering proper aid to refugees.  ATO forces with provide for movement safety and local government bodies will offer advice and assistance during further conveyance of these people to other regions of Ukraine», – stated the head of ATO information group.

Vladyslav Selezniov noted that forces and resources involved into the anti-terrorist operation continued performing their duties, but the militants kept on trying to break through the encirclement. During shooting attack at the emplacement two military men were wounded. «An attempt of breaking through the encirclement by a group of militants was prevented at one of the checkpoints. About 10 militants were trying to withdraw from the encirclement, but owing to Ukrainian military men’s action this attempt have not been successful», – stated Selezniov.

Answering questions on the ATO winding up, ATO official spokesman stated that stoppage of operation is out of the question so far. «Should we receive the corresponding instructions, we will act in compliance with such orders», – added Selezniov.