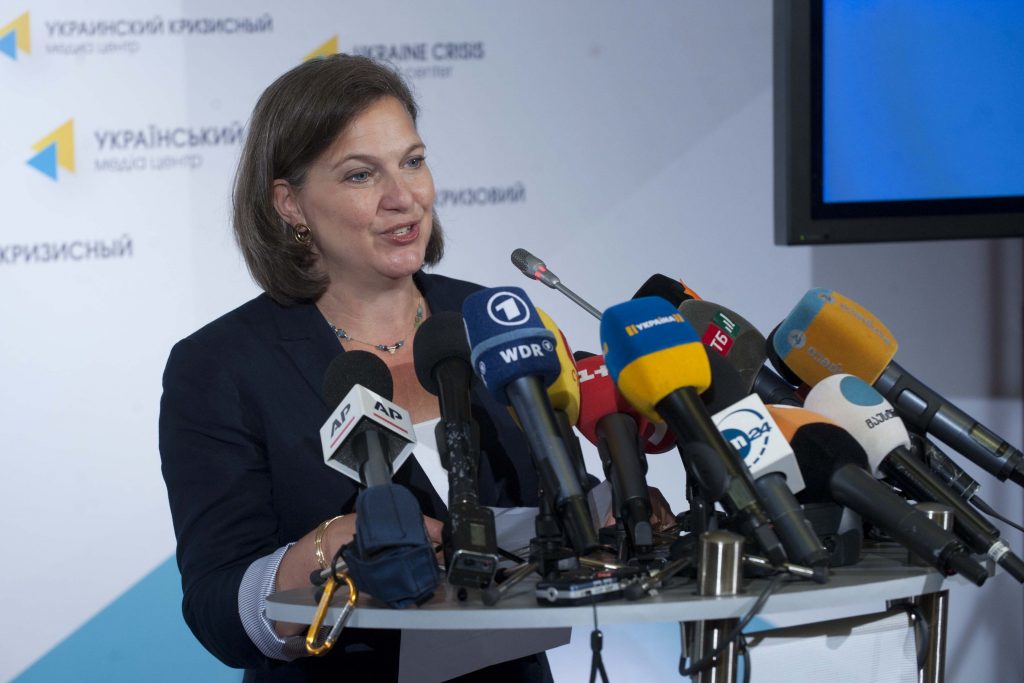 Kyiv, June 10th, 2014 – G7 during the last meeting in Brussels made it clear that the fighters, weapons and other issues everyone had seen in East of Ukraine from the side of Russian Federation was unacceptable. “I personally stopped trusting Russian intentions declared. We will judge Russian Federation by the actions, not the words. And we asked Putin to work with the Ukrainian government on urgent basis”, – said the Assistant Secretary of State for European and Eurasian Affairs at the United States Department of State Victoria Nuland during a briefing in Ukrainian Crisis Media Center.

During her 4 days stay in Ukraine Mrs. Nuland had an opportunity to communicate with the President Poroshenko, Prime-Minister Yatsenyuk, Kyiv Mayor Klytchko, the governors of Odesa, Donetsk and Dnipropetrovsk, as well as some business leaders. To all of them and Ukrainian people on the whole she expressed support and congratulations on fair and free democratic elections in Ukraine. “Now the real work on cleaning, rebuilding and revitalizing of the country begins, which will give Ukraine unified dignified democratic prospects that you deserve”, – said Victoria Nuland.

“We have additional $ 48 bln. brought forward to support Ukraine”, – said Ms. Nuland. She specified 5 main areas to be invested in by the USA: economic stabilization (including targeted programs in the East of Ukraine subject to “Peace Proposal” of Mr. Poroshenko), anticorruption as a key development priority; political and constitutional reforms (in particular decentralization); energy security and efficiency as a key factor of political independency and prosperity; state security. Ms. Nuland also emphasized that the USA support of state security would not stipulate putting missile defenses on the territory of Ukraine.

Commenting on the speculations of Russian media Mrs. Nuland said: “There was zero US government financial support for Maidan. Since 1991 we have supported Ukraine in different areas, starting from Chornobyl causes management, people exchange, fair elections and ending with economic support, anticorruption, energy efficiency. It has reached $5 bln. of investment in Ukraine, while $18 bln. have been spent on the similar programs in Russia during the same period for you to compare”.