Kyiv, December 21, 2015. Ceasefire violations by Russia-backed militants were registered in all sectors of ATO zone over the last day. Two non-precision attacks with the use of 120-mm mortars were registered near Stanytsia Luhanska in the Luhansk sector. Short-lasting combat engagement between militants and ATO forces took place near Popasna. In the Donetsk sector several provocations were registered at the Svitlodarsk salient with the use of antitank guided missiles, grenade launchers and small arms. A series of provocations was registered on the outskirts of Horlivka including the attack from 82-mm mortars in Zaitseve. “Militant sniper fire as well as attacks from a BMP infantry fighting vehicle as well as from other types of weapons were registered in Novhorodske over the last day. Situation on the western outskirts of Donetsk remains unchanged, hostile attacks continue all along the contact line between Avdiivka and Maryinka,” said Andriy Lysenko, spokesman of Presidential Administration on ATO-related issues at a press briefing at Ukraine Crisis Media Center. He also added that heavy weapons were not used. Militants used an 82-mm mortar and a tank several times in the Mariupol sector. “Both attacks were conducted from near Staromykhailivka and lasted around five minutes. Adversary also violated ceasefire near Hranitne, militants were conducting precision fire from small arms there,” noted Andriy Lysenko. 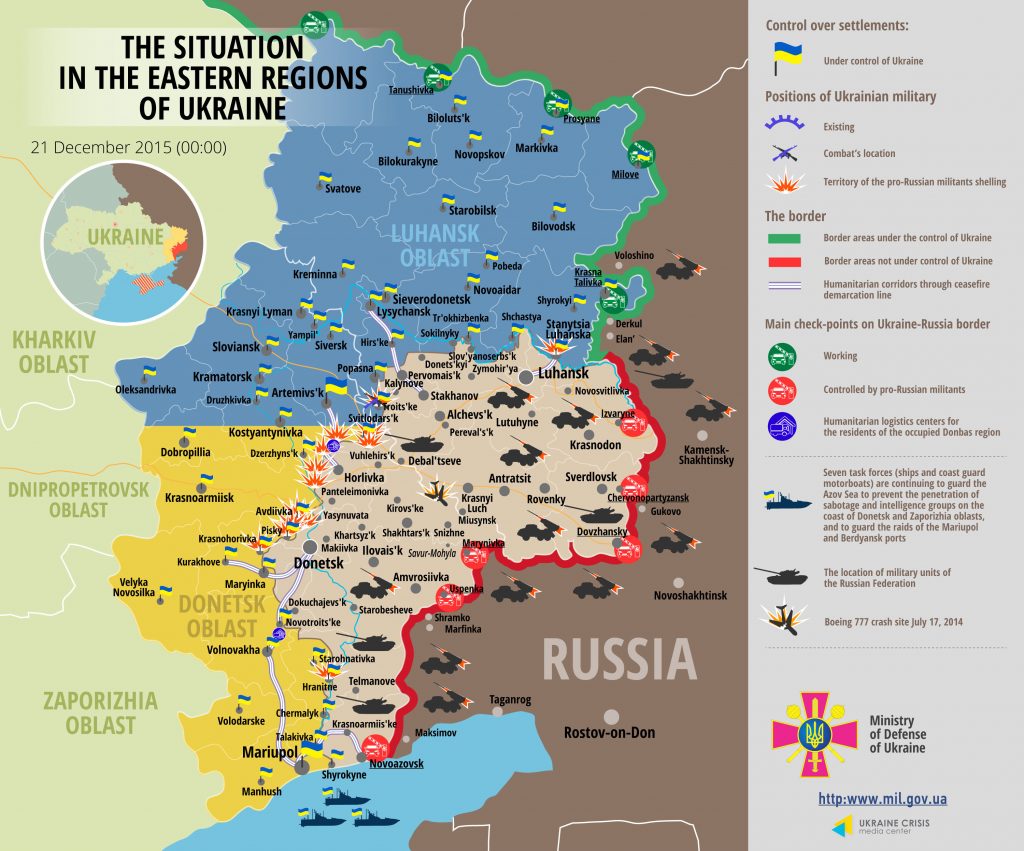 Another former militant of the so-called “Donetsk People’s Republic” (“DPR”) surrendered to Ukrainian law enforcement staff yesterday. He is a Sloviansk resident and was standing guard at militant checkpoints in spring 2014. “After the city was liberated by Ukrainian troops the man fled to the Russian Federation. He realized he had no perspectives and later returned back home and surrendered to law enforcement authorities,” explained Andriy Lysenko.

Military psychologists held a two-week training session for Ukrainian servicemen. The training sought to strengthen military teams and increase psychological readiness of the troops. “Psychologists who also deal with rehabilitation of ATO veterans paid special attention to servicemen who will be demobilized soon,” noted ATO spokesman.