Kyiv, January 1, 2016. The overall situation in the ATO zone did not change yesterday: low combat activity took place at key points of the contact line. Ukrainian Armed Forces incurred no losses in combat and no Ukrainian troops were wounded. “The area in the vicinity of the Donetsk airport and along the entire frontline from Avdiivka to Pisky became the center of standoff. Militants used heavy armor twice: 82-mm and 120-mm correspondingly. Apart from grenade launchers and small arms, the enemy used ZU-23-2 anti-aircraft mounts and snipers. The biggest number of attacks happened in Pisky,” said the spokesperson of the Presidential Administration on ATO-related issues Colonel Oleksandr Motuzyanyk at a press briefing at UkraineCrisis Media Center. 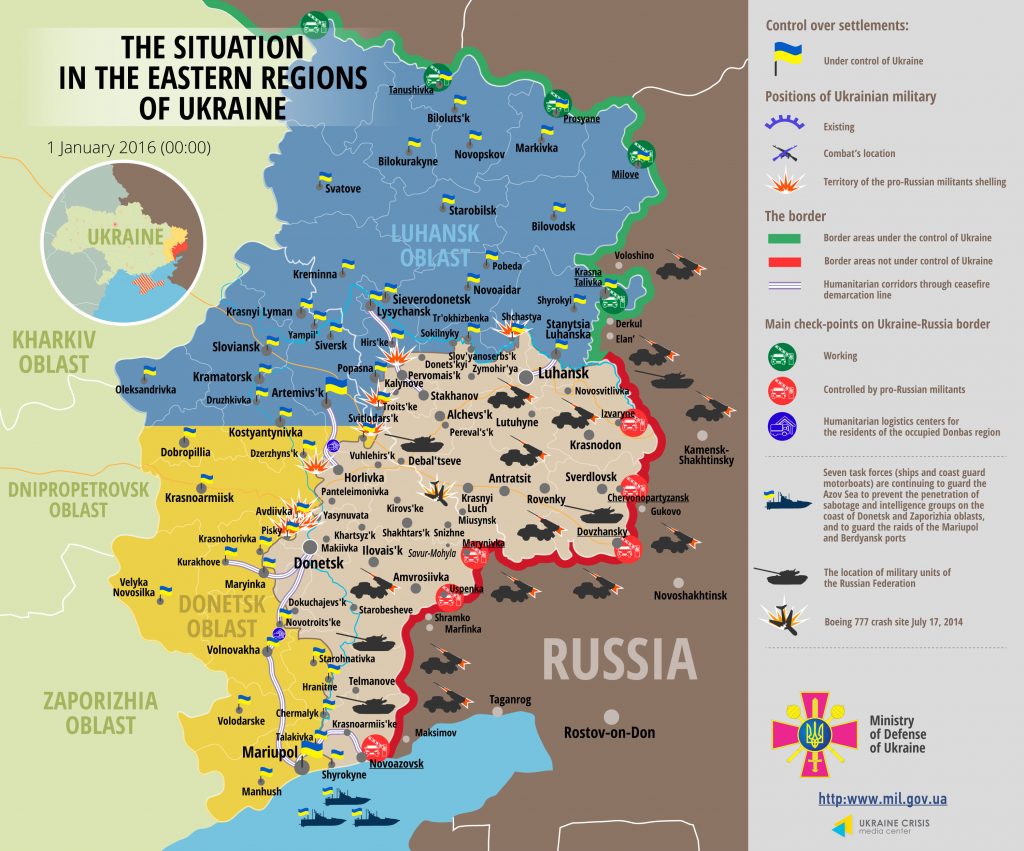 Apart from the instability around Donetsk airport, the situation was stringent at Svitlodarsk bulge, near Troitske and Luhaske. “Russia-backed militants used small arms, shooting from the southern direction,” said Col. Motuzyanyk. He added that only one militants’ shelling was observed in the vicinity of Horlivka, where snipers worked near Novhorodske.

Insurgents violated ceasefire in Shchastia and Zolote. “Both attacks were unaimed and lasted several minutes,” said the spokesperson.

No violation of ceasefire took place in the Mariupol sector. Nevertheless, two unmanned aerial vehicles of pro-Russian militant groups were observed at the height of 1000m.