Kyiv, January 2, 2016. Full ceasefire is continuously observed in the Luhansk sector. Not a single provocation was registered over the last day. However the State Border Guard Service noted a flight of a militant unmanned aerial vehicle at the height of about a thousand meters. At the same time militant groups were instigating armed provocations in the area of Donetsk airport including near Avdiivka, Opytne, Pisky, on the western and northern outskirts of Horlivka. “Militants were mostly using small arms, large-caliber machine guns and grenade launchers, fired twice from an 82-mm mortar near Zaitseve. Militants also violated ceasefire twice near Luhanske, a town located close to Svitlodarsk,” said spokesman of Presidential Administration on ATO-related issues Andriy Lysenko speaking at a press briefing at Ukraine Crisis Media Center. 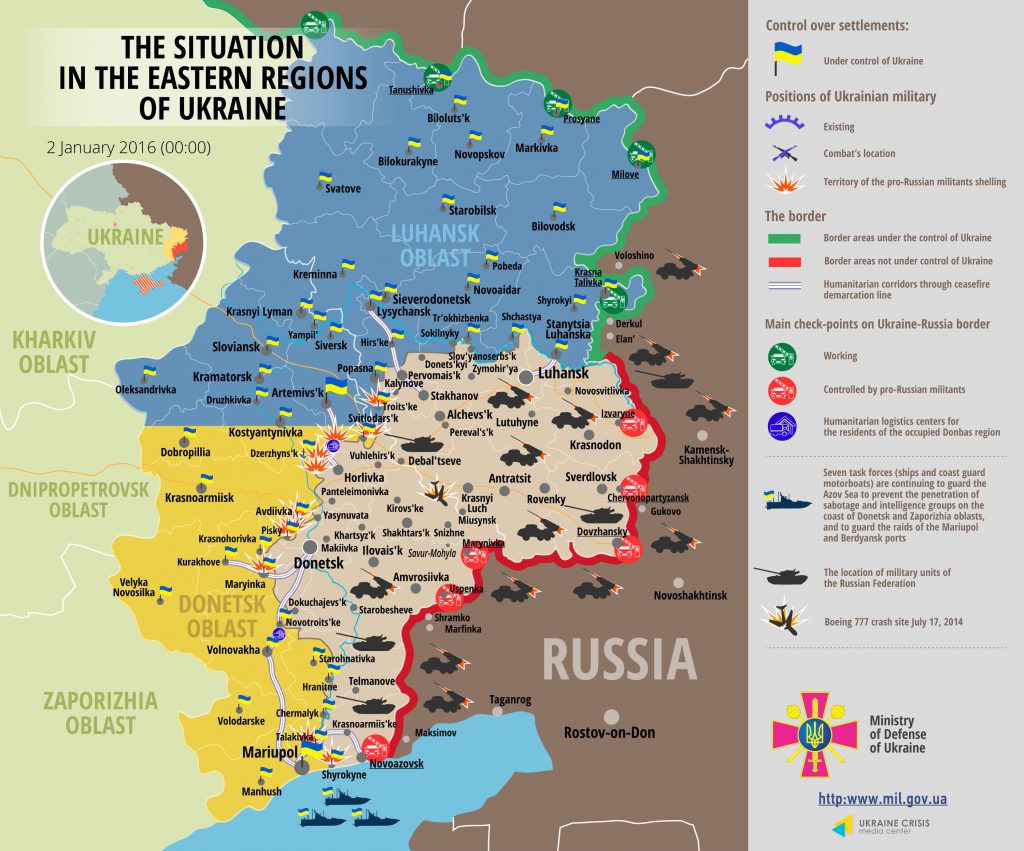 He said in the Mariupol sector militants made two targeted attacks from small arms and grenade launchers upon the positions of ATO forces near Mariinka. Two more militant provocations were registered on the bridge along the Sartana-Talakivka road and near Shyrokyne.

Ukrainian troops incurred no fatalities over the last day, two servicemen were wounded in action.

Special operations servicemen of the ATO Staff eliminated a militant communication hub. An antenna with a transmitter and receiver was discovered at the water tower in Vilkhove, Luhansk region located in the school yard. An electronic device with a power unit linked to it was found inside the school. “Adversary was using the above devices to access Internet and collect information from electronic devices of Ukrainian servicemen and local residents. Devices were dismantled,” noted the ATO spokesman.