Kyiv, January 4, 2016. The situation in the ATO zone settled yesterday. 11 cases of militants’ shelling of Ukrainian positions were recorded during the day, though insurgents did not use heavy armor. Ukrainian Armed Forces incurred no losses in combat and no troops were wounded, said spokesman of Presidential Administration on ATO-related issues Andriy Lysenko at a press briefing at Ukraine Crisis Media Center. 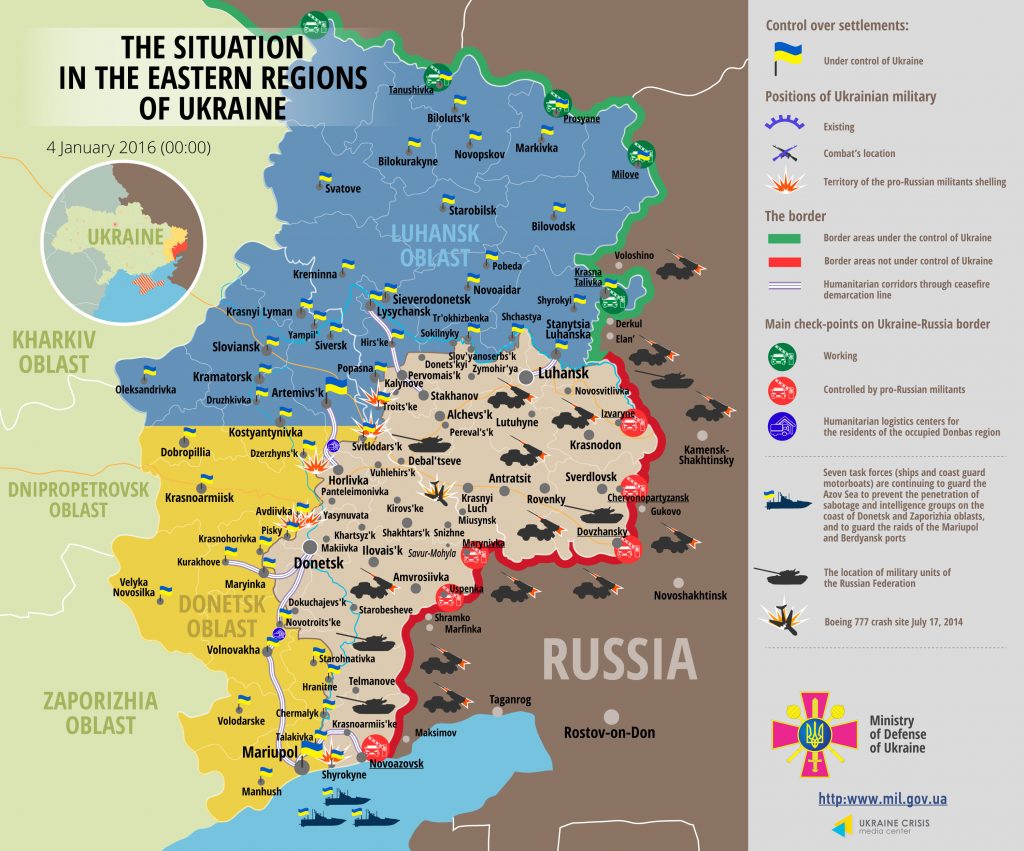 According to Col. Lysenko, in the Donetsk sector militants shot at Ukrainian positions near Svitlodarsk, south of Novhorodske and in the Donetsk airport, mostly at random. A sniper was working in Novhorodske again.  Russia-backed militant groups violated ceasefire in Shyrokyne in the Mariupol sector. “Militants shot at our positions twice from grenade launchers. Both times the fire was aimed, but brief,” explained Col. Lysenko. He added that “the armistice traditionally held in the Luhansk sector. Nevertheless, a flight of militants’ unmanned aerial vehicle was observed near Zoria village in Donetsk region.

The spokesperson also said that, according to the intelligence, deterioration of discipline and psychological condition is observed among militants in the holiday time. “13 militants from self-proclaimed “11th motorized rifle regiment of Donetsk People’s Republic” located in Makiivka fled from positions in Donetsk airport for several first days of 2016,” he explained.