Kyiv, January 7, 2016. The ceasefire fully held in the Luhansk sector in the ATO zone yesterday. Russia-backed militants were conducting combat activity along the entire contact line. The most stringent opposition took place in the area of the Svitlodarsk bulge, Maiorsk and Zaitseve at the Horlivka agglomeration and at Donetsk airport. Nevertheless, militants used no heavy armor. Ukrainian Armed Forces incurred no losses in the past 24 hours, said spokesman of Presidential Administration on ATO-related issues Andriy Lysenko at a press briefing at Ukraine Crisis Media Center 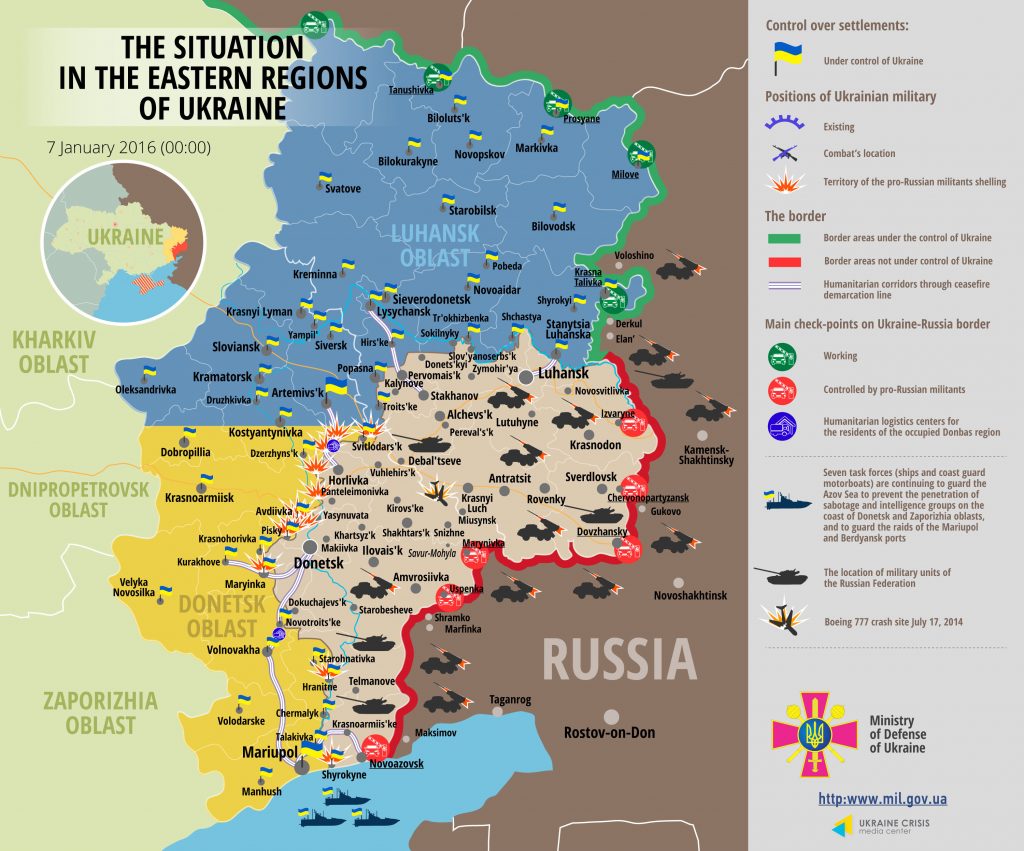 According to Col. Lysenko, pro-Russian militant groups violated the ceasefire in the Mariupol sector in Hranitne and Shyrokyne using small arms and grenade launchers, AGS-17 in particular. One Ukrainian serviceman was wounded in combat in Mariinka.

“Another militant returned home, agreeing to cooperate with Ukrainian law enforcement officers. A resident of Selidove district in Donetsk region joined the ranks of the enemy in June previous year and was guarding a base of a militant group. Later he realized and reconsidered all the risks criminal life involves as well as impossibility of leading a normal life, so he decided to surrender to Ukraine’s Security Service,” summarized Col. Lysenko.