Kyiv, January 11, 2016. Militants used heavy armor at the Svitlodarsk bulge in the Donetsk sector, shooting at Ukrainian positions near Troitske from a tank. They also used grenade launchers south of Leninske. “Horlivka agglomeration became the center of combat yesterday, where militants violated the armistice along the entire perimeter, from Zaitseve to Novhorodske. One Ukrainian serviceman died during shelling of Zaitseve and another one was wounded,” said spokesperson of Presidential Administration on ATO-related issues Colonel Andriy Lysenko at a press briefing      at Ukraine Crisis Media Center. He added that snipers of pro-Russian militant groups delivered a series of attacks in the vicinity of the Donetsk airport – east of Opytne and south of Avdiivka. 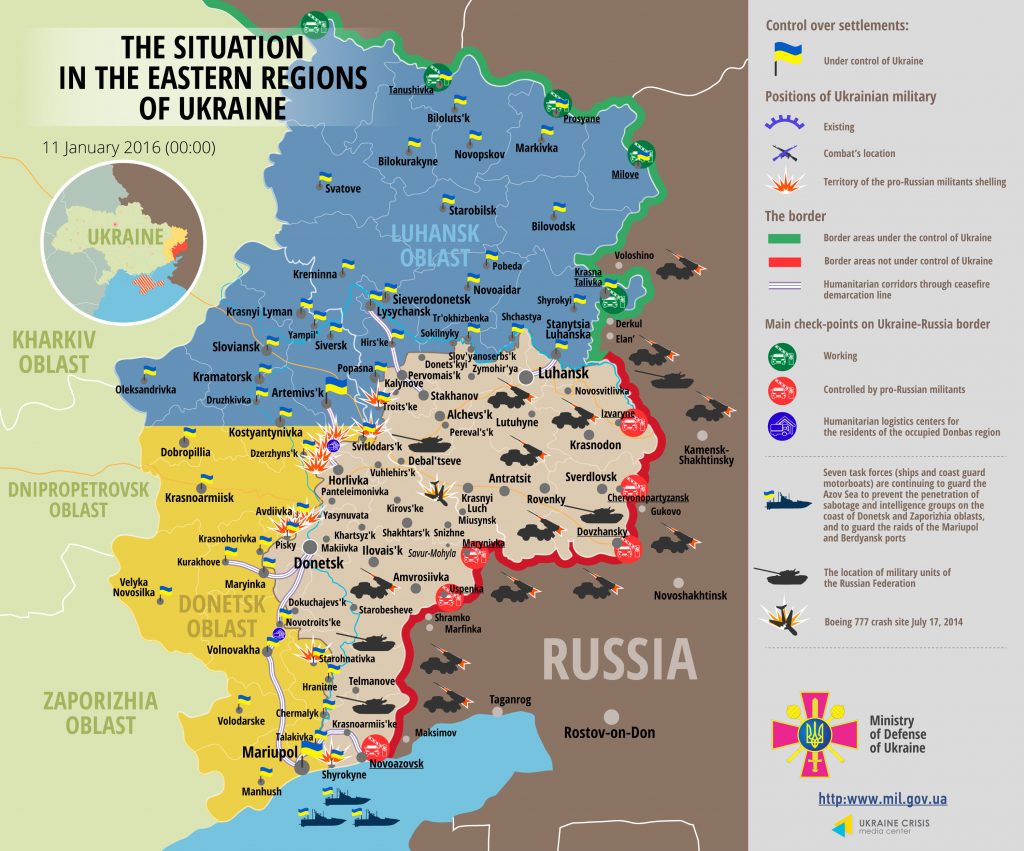 According to Col. Lysenko, militants violated the ceasefire in Starohnativka and Shyrokyne in the Mariupol sector. “Both attack were brief, lasting not more than 10 minutes,” elaborated the spokesman. He added that ATO forces responded with fire in Shyrokyne. At the same time, the armistice held in the Luhansk sector yesterday.

Col. Lysenko said that according to Ukrainian intelligence, mental condition and discipline keep deteriorating among militants resulting in multiple crimes. “Five militants robbed a gas filling station in Yenakieve on January 8. A drunken commander of so-called ‘platoon’ of the self-proclaimed Russia-backed militant group ‘Donetsk People’s Republic’ (DPR) shot his subordinate dead on January 9. They plan to ‘write off’ the dead militant in order to hide the incident, disguising his death as a result of Ukrainian shelling,” said the spokesman.