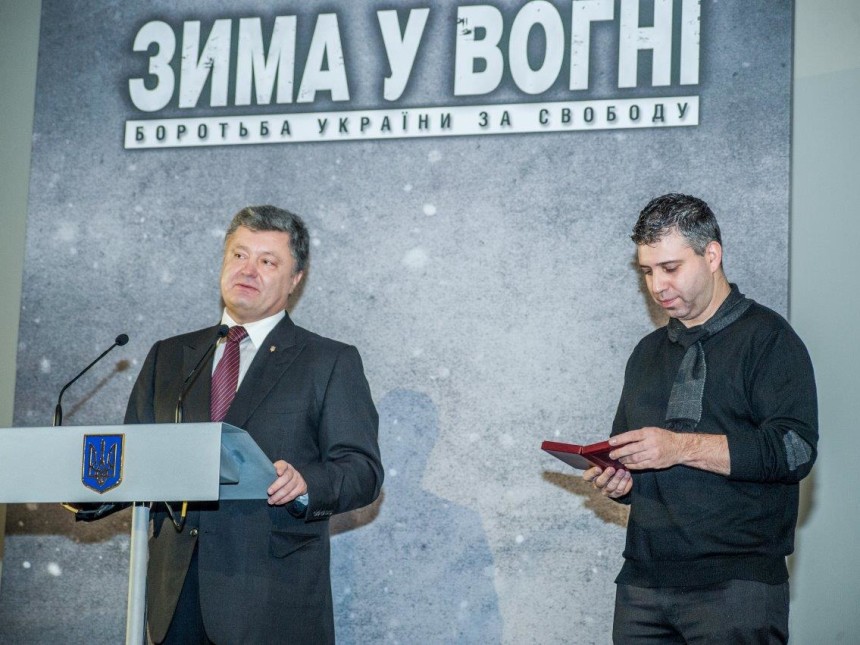 American Film Academy announced the list of documentary films nominated for Oscar. Out of 124 films five were shortlisted including “Winter on Fire” (“Winter on Fire: Ukraine’s Fight for Freedom”) – a massive film chronicle of Maidan revolution created by the united team of filmmakers from Ukraine (SPN production, Ukrstream.TV), the U.S. (Netflix) and the UK.

Ukrainian co-producers of the film Lina Klebanova and Halyna Sadomtseva emphasize that the film is not as much artistic expression or journalistic judgement as “the position of the civic Maidan. It is a film about the dignity of people who were out on Maidan (a central square in Kyiv, thus the revolution is called both simply “Maidan” and the Revolution of Dignity – UCMC note). That is why there are no politicians in it and the chronology of events is recreated through the testimony of the civic activists and vivid personal stories”.

Director of the film Evgeny Afineevsky comes from Russia, over the last 15 years he has been residing and shooting films in Hollywood. “We were making the film not only as a historic document, it was also important for us to present the emotional component and values. We are glad that the film was well perceived by the western audience that is often very far away from what was happening in Ukraine,” notes the film director.

The winner of will be announced at the 88th Academy Awards ceremony on February 28 in Los Angeles, USA.

Over three million people worldwide have watched “Winter on Fire” since its release in the Netflix network on October 9. The film is to appear on Ukrainian TV this spring.

The film is based on the footage of the public TV channels Spilnobachennia and Ukrstream.TV, Channel 5, Radio Liberty, Espreso TV, Channel 24 etc. as well as on amateur footage of Maidan volunteers and streamers produced during the Revolution of Dignity in winter 2013-2014. The production team has revised over 1500 hours of footage and has conducted over 100 interviews with Maidan participants. Editing took about six months.

Festival history: “Winter on Fire” was presented at the Venice Film Festival last September, was awarded at the Toronto International Film Festival and got a very emotional feedback at a series of the U.S. film forums.

Presentation in Ukraine was held on November 21, 2015. The President of Ukraine, diplomats, families of Heaven’s Hundred heroes (the first hundred of citizens, fallen during the uprising) attended the premier.