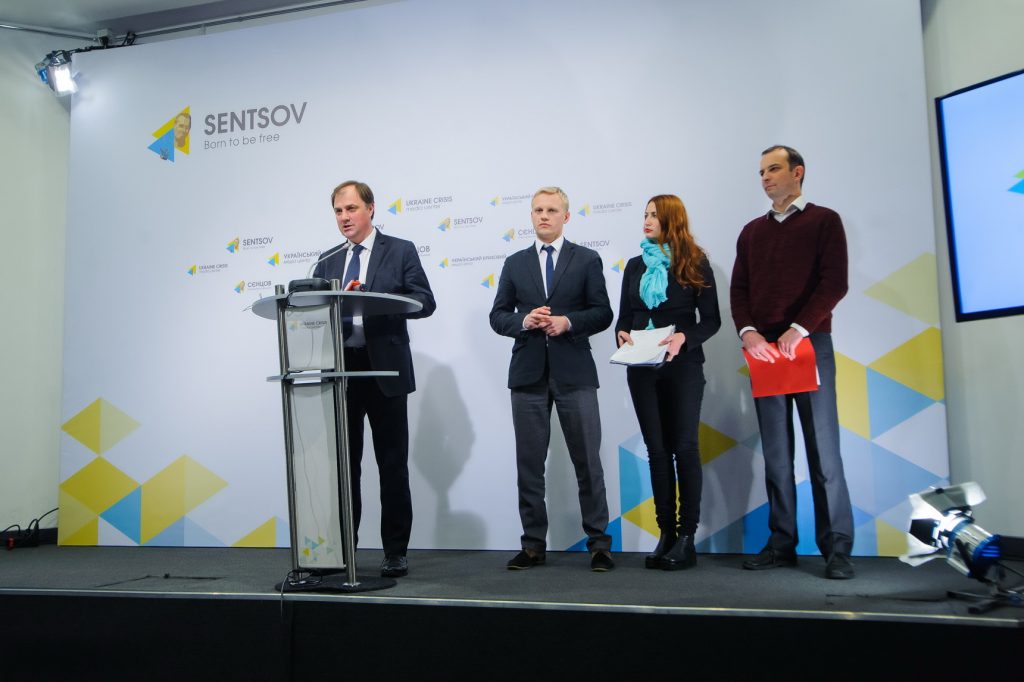 Kyiv, February 4, 2016. There are significant cost savings on tenders for drug procurement through international organizations that have already been completed. This makes it possible to purchase more drugs to treat patients, said Ihor Perehinets, Deputy Minister of Health, at a press briefing at Ukraine Crisis Media Center. “According to UNDP preliminary information on procurement of drugs and medical devices for the treatment of tuberculosis, the tender allowed to save over 30% of funds compared to prices in 2014,” said Mr. Perehinets. “In 2015, we will purchase drugs for $7.5 million from the allocated $9 million. In 2014, the same amount of drugs did not cost $7.5 but $12.5 million.” Moreover, according to him, the tuberculosis program involves purchasing four drugs which the Ministry of Health was not able to buy before. “As for the oncology program, with exceptions of more than 30 drugs out of 166, we can speak about more than 60% savings compared to prices in 2014,” said Mr. Perehinets. He reminded that in 2015 the Ministry of Health transferred 2.197 billion UAH to procurement through international organizations, which is about 60% of the budget allocated for national procurement.

In addition, the Deputy Minister said that such important vaccines as, for example, against measles, rubella, diphtheria, and tetanus will be delivered to Ukraine this month. Besides, 25% of antiretroviral drugs to treat HIV procured by children’s fund UNICEF will be delivered till the end of March. Accordingly, patients will be provided with drugs in good time without suspension of treatment, added Mr. Perehinets. As for the prices of drugs, owing to purchases through international organizations, they are the lowest in comparison with such countries as Russia, Bulgaria, Moldova, Poland, Slovakia, Hungary and the Czech Republic. All purchases were fair and transparent at the best price and with the best quality, said the Deputy Minister. “That is why in 2016, 100% instead of 60% (as it was last year), which is nearly 4 billion UAH, will be transferred to international organizations for procurement,” stated Ihor Perehinets.

Olha Stefanyshyna, executive director at the charitable fund “Patients of Ukraine,” called information about drugs procurement in February fantastic. According to her, last year the situation with tenders resulted in importing drugs in summer, and some of them, such as drugs against AIDS, have not been delivered yet. “These drugs are not available in Ukraine for half a year, and they will never be, because they have been just stolen,” said Olha Stefanyshyna. However, she expressed hope that tenders for 2016 will be announced soon, and treatment of patients will not be suspended. Yegor Soboliev, MP, “Samopomich” faction, head of the Parliamentary Committee on Preventing and Combating Corruption, called the purchase of drugs through international organizations first successful reform in the health sector. “This is a very successful coalition. NGOs, principled people in the government and parliament have broken one of the most successful and terrible schemes, where 40% of taxpayers’ money that could save patients were put in the pockets of “gaskets” and officials who stood behind them,” said Yegor Soboliev. This is the reform against which a lot of people “played”, said Vitaliy Shabunin, head of the Center for Combating Corruption. “It is the obvious reform, which now will be killed […]. Please wait for the figures. They will be crying. We promise you this,” concluded Vitaliy Shabunin.