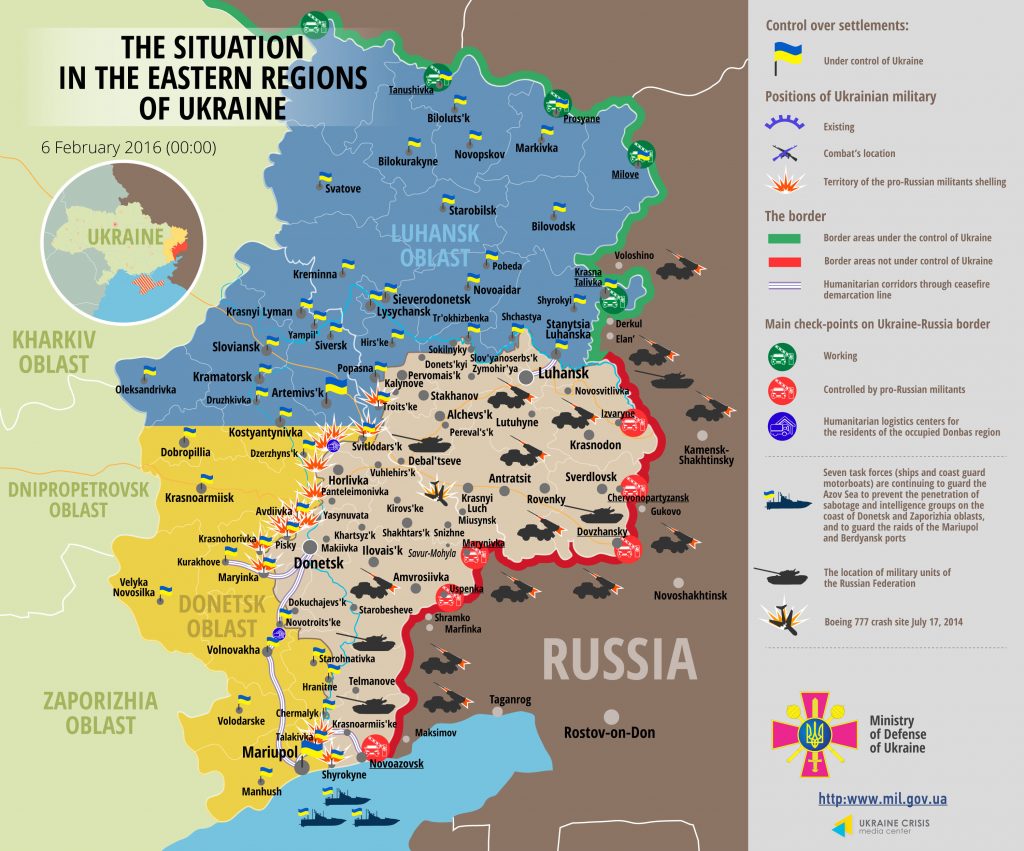 “The armistice fully held in the Luhansk sector. In the Donetsk sector five hostile provocations without use of heavy armor took place at the Svitlodarsk bulge. On the opposite, militants use heavy armor in Zaitseve and Mayorsk. Russia-backed militants repeatedly shot at ATO forces positions to the south, near Novhorodske, using an armored personnel vehicle once. The ceasefire held yesterday at the contact line from Horlivka to Yasynuvata. Nevertheless, Russia-backed militant groups continue actively using heavy armor at the approaches to the Donetsk airport. Hostile snipers were seen in Pisky,” elaborated the spokesman.

According to Col. Lysenko, militants repeatedly shot at Ukrainian positions in Krasnohorivka in the Mariupol sector from mortar launchers. Moreover, militants extensively use heavy armor in Hnutove and Talakivka south of Mariupol. “It was the first time in a long period that Russia-backed militant groups opened fire in Shyrokyne. Snipers shot at our troops in Krasnohorivka, Mariinka and Shyrokyne,” added Col. Lysenko.

Ukrainian Armed Forces incurred no losses in combat in the past 24 hours. Nevertheless, 11 troops were wounded.

According to the spokesman, Ukraine’s Security Service detained a member of Prizrak militant group from the self-proclaimed “Luhansk People’s Republic” (“LPR”) near Orikhove village in Luhanskregion. It has been identified that Russian special services recruited the man in May 2014. The militant was a signal operator and artillery controller during combat. According to the intelligence, the man arrived to the territory controlled by Ukrainian authorities to organize subversive acts at the objects of railroad infrastructure. “Summary of special operation conducted by our law enforcements in Shchastia was drawn. 28 people were detained on suspicion of connections with ocuupants. Five citizens more involved with Russia-backed militant groups were identified. A weapons cache containing over 4 kg of gunpowder, 500 g of TNT, three hand grenades and over 100 cartridges of various calibers,” summarized Col. Lysenko.