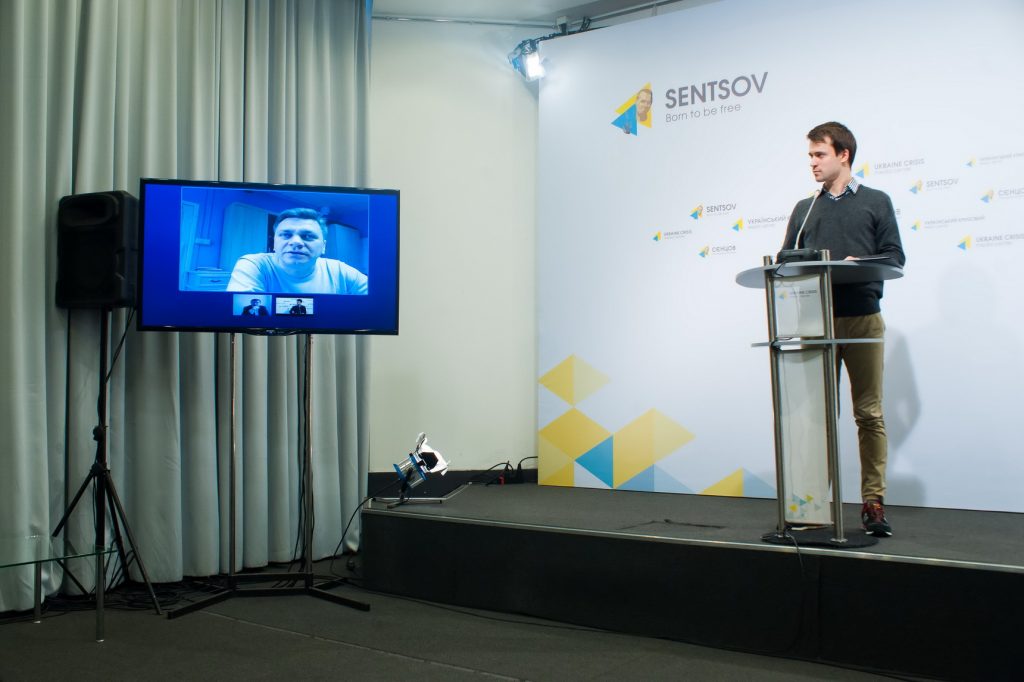 Kyiv, February 9, 2016. To help internally displaced persons (IDPs) start their business an open platform is being set up where efforts of volunteer groups, international organizations and authorities will be united, said Roman Kosynskyi, business ombudsman, advisor to the head of Lunansk Regional Civil-Military Administration on protection of small and medium business interests and corruption counteraction speaking via Skype at a press briefing at Ukraine Crisis Media Center (UCMC) in the framework of the UCMC pilot project “Spokesperson of peaceful life”. “We have adopted a road map to set up the Agency for regional development, its founders alongside regional state administrations and the civil-military administration will be representatives of UNDP, International Renaissance Foundation and of NGOs,” noted Kosynsky.

He said that until 2014 business and industrial infrastructure of Luhansk region was oriented towards big industries. These were chemical, metallurgy and mechanical engineering sectors. While 80 percent of the region’s industrial capacities remained on the temporary uncontrolled territory, agricultural enterprises and large chemical plants remained on Ukraine-controlled territory. Such structural changes considerably emphasize the role of small and medium business, said Advisor to the head of Lunansk Regional Civil-Military Administration. “At the same time percentage of small and medium business in the regional economy structure increased by 10 percent,” emphasized Kosynsky.

Kosynsky said that main problems business faces are insufficient startup capital and weak infrastructure. He noted that a target program had been developed, after amendments are introduced to the Law “On civil-military administrations” “we shall get the powers to approve regional programs and get financed. […] Financing is for two years in the amount of UAH 40 million and is to support small and medium business through repayable financial assistance and reimbursement of interest rates when getting loans for development of small and medium business,” said Kosynsky. He noted that the resources will be provided for formulated projects.

Tetyana Guzyk, press officer at “Crimean Diaspora” NGO said that about 150 thousand IDPs are currently residing in Kyiv and in the region. The NGO helps integrate them into society. Guzyk said the assistance first of all foresees education and professional re-training of IDPs. “We provide legal advice to displaced entrepreneurs as to resetting of their business and give them up-to-date information that would foster their business capacities,” she explained. International donors and partners are providing support. “Many people have been trained and re-qualified, […] over 900 IDPs got new professions,” the press officer of “Crimean Diaspora” NGO noted. Among the successful re-qualification examples that Guzyk quoted was the case of a speech and language therapist from Luhansk who became designer. She also mentioned the case of Maryna Brahina from Donetsk who moved her farm to Kyiv region and thanks to the grant she received she set up a farm and is producing goat cheese.

Oleh Afanasiyev, grant recipient of the program “Novy vidlik” (New Countdown), an IDP from Donetsk said that he left Donetsk with his family in 2014 where he owned a shop with dental products. He managed to take only small part of equipment from the temporary occupied territory. He passed training in Kyiv and got a grant for business development. “Here I am able to do what I was only dreaming about in Donetsk. I transferred my business from offline to online mode. […] Here free of charge people motivate me for a new life, new profession and new knowledge,” said Afanasiyev. “We are ready to continue our work with even stronger enthusiasm in order to break all negative stereotypes that exist on Ukraine-controlled territory about the people who left the occupied territories,” emphasized the press officer of the “Crimean Diaspora” NGO.

According to the statistics by Ukraine’s State Employment Service as of the end of December 2015 out of a million and a half of IDPs almost 75 percent of people valid for employment were registered as unemployed, said spokesman of the UCMC project “Spokesperson of peaceful life” Valentyn Pugachov. “According to the information by the Ministry for Economic Development and Trade as of the beginning of this year highest employment rate was registered in Kyiv – 62 percent, lowest in Donetsk region – about 51%,” he said.