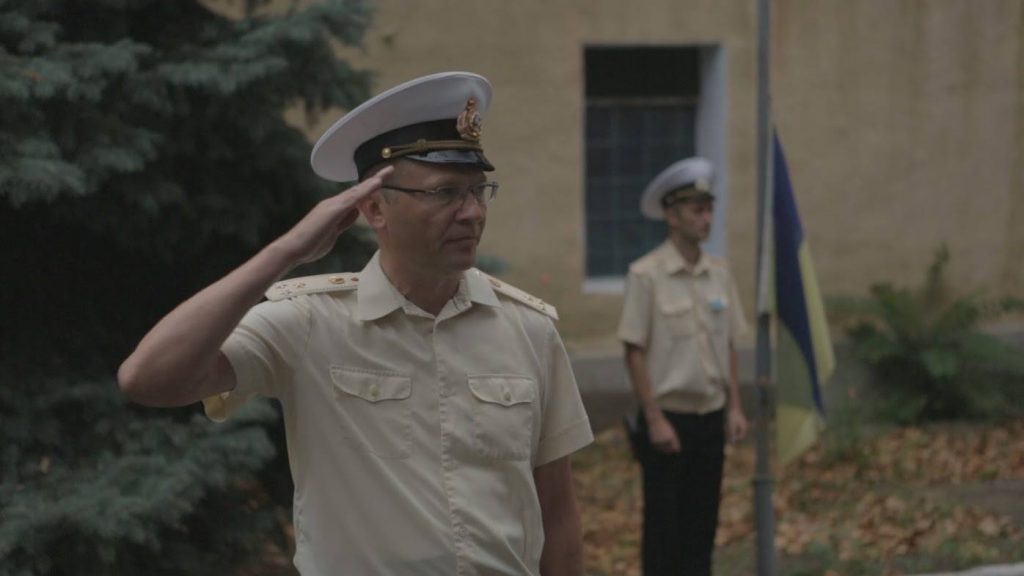 Babylon’13 – a team of documentary filmmakers presents the first Ukraine-produced full-length documentary film about the annexation of Crimea by Russia. Unique documentary footage and real-life stories of the sailors, pilots, troopers and marines who stood off the occupants is to answer the question “Why did we give up Crimea?” to one part of the audience as well as to make another part think of peninsula’s future.

It’s for the first time since the events in Crimea took place that both Ukrainian and international audience will have a chance to look in the eyes of the people who were ready to defend territorial integrity of their fatherland under complicated circumstances till the end and keep doing it these days. The film also gives an insight into what was happening inside the surrounded military bases and at the blocked warships. The film team is looking at the historic developments in Crimea through the life stories of Ukrainian servicemen who remained loyal to their oath. “Crimea.As It Was” narrates highest human values: honor, loyalty to oath and courage.

The documentary was shot in 2015 at Mykolayiv and Odesa military bases. The servicemen who served in Crimea were relocated there after the peninsula was annexed. The film crew also follows them up in the air and out in the sea. The film also presents footage from Crimea annexation events of the spring 2014.

“Crimea.As It Was” film is listed in the “Ukrainian Films 2015/2016 Catalogue” that is presented at film markets that run in parallel to Europe’s biggest international film festivals. The documentary was also presented at the Berlinale 2016 as part of the Ukrainian Film Corner.

The film was produced with support by the NATO Information and Documentation Centre.

The film crew expresses gratitude to volunteer Valentyna Okhlopkova, the brain behind the project for continuous support, without her this film would not be possible; to press-service of the Ukrainian Naval Forces of the Ukrainian Armed Forces; to the Deputy Commander of the 1st surface ship brigade, responsible for work with staff, Captain 2nd rank Oleksandr Honcharov; to the Deputy Commander of the 10th naval aviation brigade responsible for training of staff Lieutenant-Colonel Mykola Pleskach as well as to other wonderful responsive persons.

“I want as many people as possible to learn about what was happening in Crimea in spring 2014.”

The film is to be premiered in Kyiv on March 14, 2016 in Zhovten cinema and will be screened throughout March 23, with the final show in Odesa (Cinema City).

Film premieres and meeting with the film team will also take place across Ukraine:

Check out more information about the film and follow pertinent events on the page: https://www.facebook.com/crimea.as.it.was

For partnership and cooperation contact the film’s PR-manager Yulia Pazieieva at [email protected] .