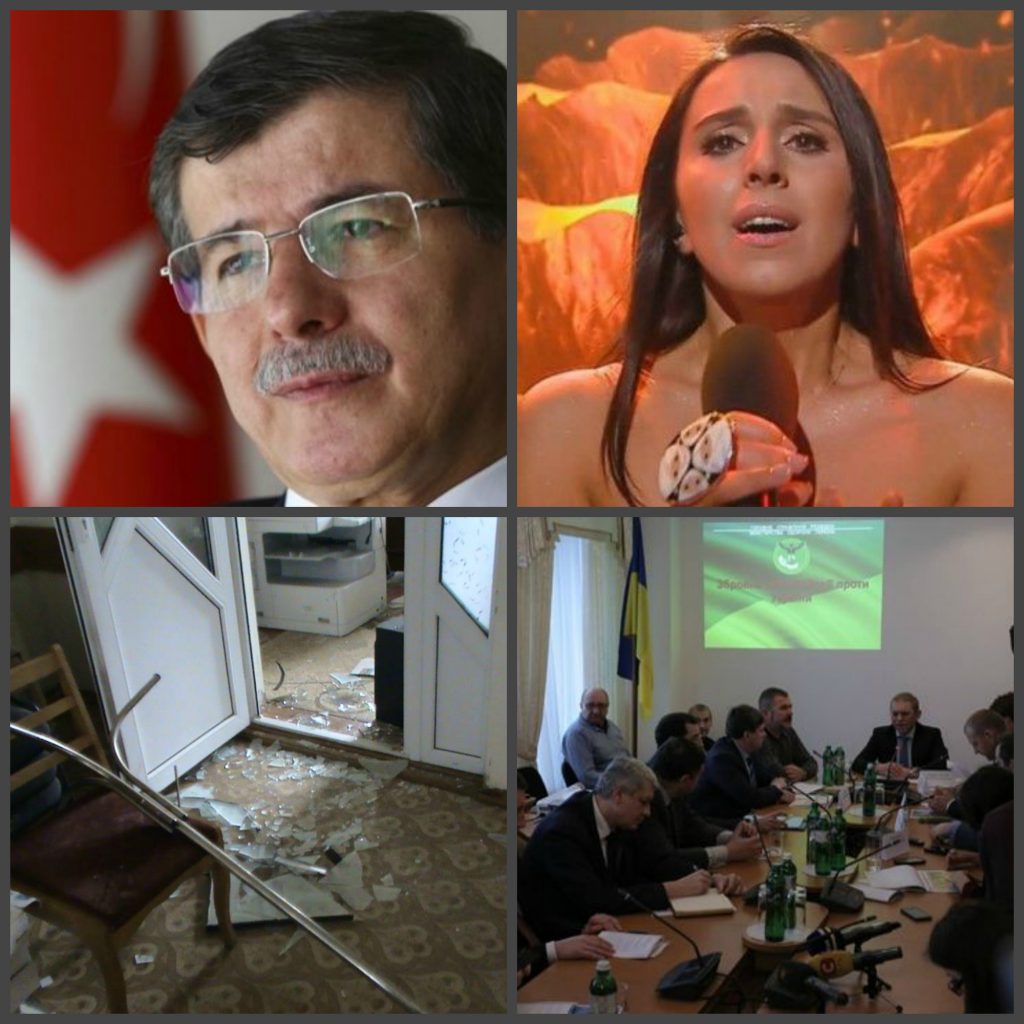 – The head office of the Culture and Mutual Assistance Society of Crimean Tatars (Dernek, Ankara) held an event called “Two years after Russia’s occupation of Crimea: Talking about Crimea” in Ankara on February 26.

– “The health and wellbeing of our compatriots matters a lot to us,” said Ahmet Davutoglu.

– The Ukrainian President recognized the need to create a Crimean Tatar national autonomy in Crimea.

– In a statement made on the occasion of the 2nd anniversary of Crimea’s occupation, the President said Crimea was, is and will be Ukraine’s integral part, while Russia, which committed the act of thievery, would be made to return what does not belong to it.

– Kiev will take steps to ensure the issue of illegal occupation of the Crimean Autonomous Republic and the city of Sevastopol, perpetrated in violation of the international law and such that has had no precedent since the end of WWII, remains high on the European and international agenda.

– One gets the impression Moscow is trying to make the Crimean Tatars relive the events of 1944, while Kiev, though belatedly, has come to realize the need of creating a Crimean Tatar autonomy in Crimea. Surely, that will be accomplished by ensuring equal rights and civic freedoms of Russians, Ukrainians and people of other nationalities living in Crimea.

– There was an attack on a building housing ‘Crimea’ NGO’s office, located at Simferopol’s 40 Zhidkova Street.

— The attackers broke down the building’s doors and smashed the windows.

– The so-called ‘law-enforcement agencies’ of Crimea did nothing to establish identities of the vandals. No police officers arrived at the incident site and no criminal proceedings were initiated.

– Nothing has changed in the way harassment is done: prosecutor offices issue orders, courts quickly hand down verdicts authorizing seizure of property, court enforcement officers quickly evict people and after some time unidentified (only to us) individuals ransack the building and damage the NGO’s property, says Riza Shevkiyev, CEO of ‘Crimea Foundation’ charity.

– According to Russian MPs and the so-called Crimean authorities, Jamals’s song about deportation is too political.

– Representatives of the so-called Crimean authorities are spreading false information about the singer and her song, claiming that ‘the Ukrainian authorities are trying to use Jamala’s song for political advantage by speculating on the tragedy of the entire Crimean Tatar people’ and that Jamala ‘is unwittingly risking becoming a participant of Crimea blockade’.

– Statements like these are libelous and aimed at discrediting Ukraine and Crimean Tatars living in temporarily occupied Crimea.

–  According to Tenyukh, ‘a total of 38,000 people, 761 units of battle-ready tank equipment, 2,200 armored vehicles, 720 artillery systems and multiple rocket launchers, up to 40 attack helicopters and 90 combat support helicopters and 90 strike aircraft have already been concentrated in the direction of Kyiv, Kharkiv and Donetsk. He also reported eighty military ships of the Russian Federation going on combat alert duty in the Black Sea.

– The acting Defense Minister also said there were about 15 thousand Ukrainian troops, mostly naval ones, in Crimea. Only1,5-2 thousand of them were to ready to take on the 20-thousand strong Russian troops in Crimea.