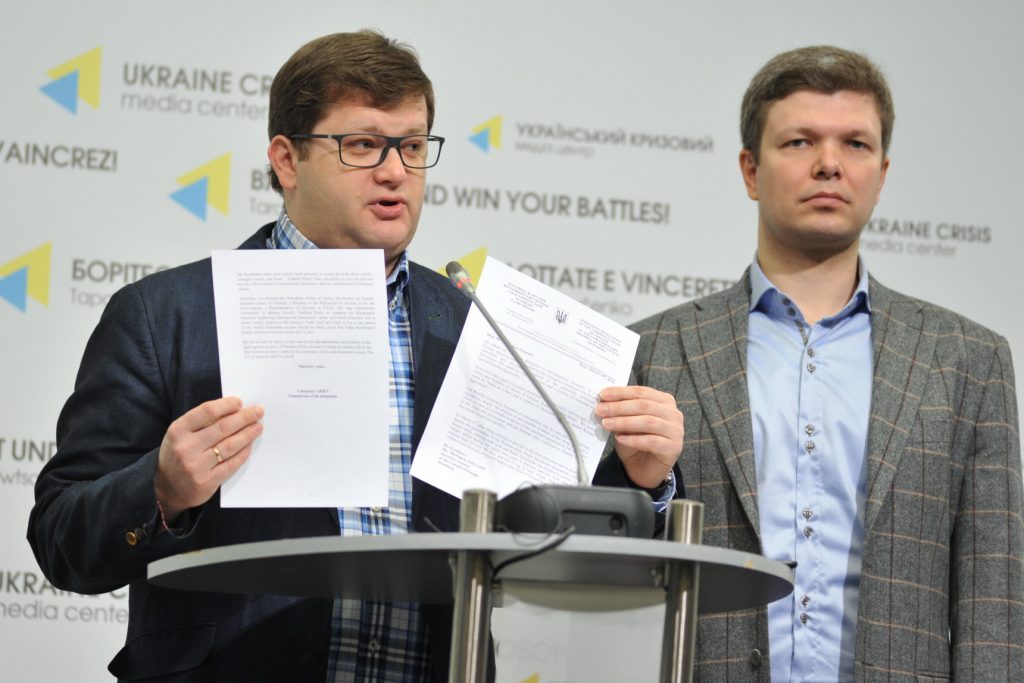 Volodymyr Ariev said that he had addressed PACE President Pedro Agramunt and Secretary General of the Council of Europe Thorbjørn Jagland calling on them to do each and every effort to have Nadiya Svachenko liberated. “Thorbjørn Jagland is the only person in the Council of Europe who has direct contacts with the actual Russian government […]. I sent him a letter on behalf of the Ukrainian delegation calling upon him to make each and every effort to have Nadiya Savchenko liberated using his contacts with the Russian authorities. However despite presenting all the arguments on why this case is urgent we have not received the feedback,” said Ariev. He also said he is surprised that the Secretary General of the Council of Europe has not made a single statement calling to free Nadiya Savchenko, the initiative that has seen active almost all the international institutions. “The hunger strike that Nadiya Savchenko has gone on, puts her life under threat and each day of her illegal detention in the Russian prison draws a very realistic perspective for losing our hero Nadiya Savchenko,” emphasized Yemets.

Ariev also noted that the Monitoring Committee of the PACE is preparing a resolution on Nadiya Savchenko envisaging consequences for the Russian authorities. “It looks like the Savchenko list as an extension of the Magnitsky list is becoming more and more realistic. There are voices coming from both the PACE and the European Parliament that suggest putting the list in force,” noted Ariev. He also said that at the meeting of the political committee of the PACE on March 8 Ukrainian delegates addressed PACE delegates from other countries calling on them to sign the petition initiated by influential persons from various countries to free Nadiya Savchenko. According to the Head of Ukraine’s permanent delegation to PACE it will help exercise pressure on the Russian authorities, as liberation of the Ukrainian pilot depends only on one person– Vladimir Putin. “This person keeps Nadiya Savchenko jailed with obsession of a maniac, and this situation becomes understandable also to those in PACE who to a certain extent were sympathizing with Russia,” emphasized Ariev.