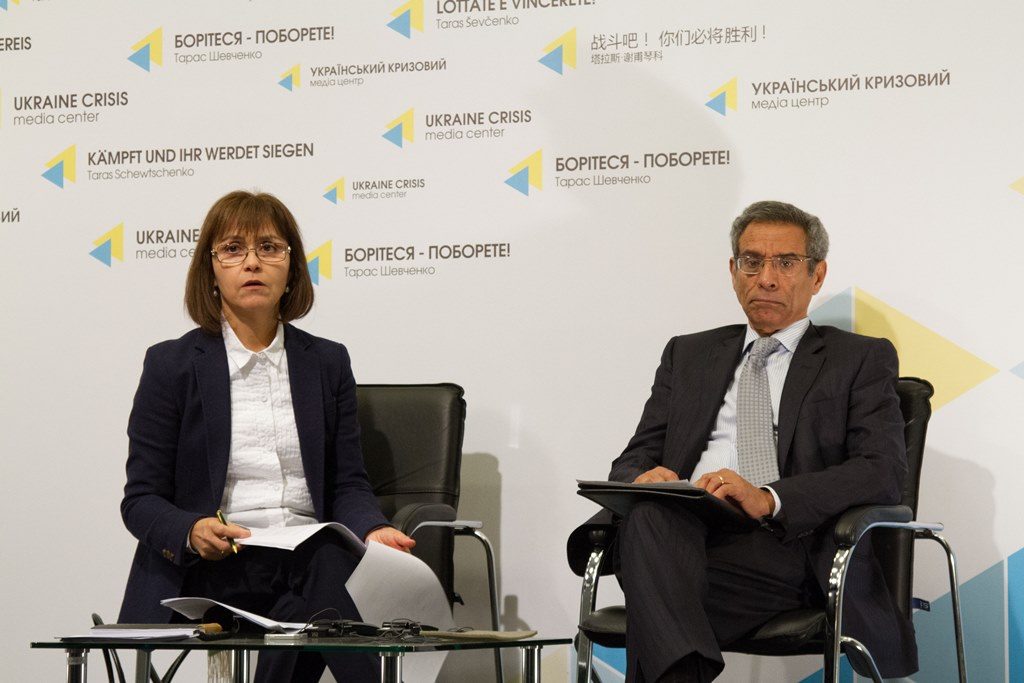 The Working Group found out that number of foreigners from various countries, mostly in Europe, joined combat in the east of Ukraine as members of volunteer battalions on the side of the government or as militants of the armed groups of the self-proclaimed “Donetsk People’s Republic” (“DPR”) and “Luhansk People’s Republic” (“LPR”). Among the latter, at least 176 are already identified by the Ukrainian authorities. “The levels of foreign engagement vary from volunteers to paid servicemen and women and from independent militia members to professional military. Many were inspired to fight for ideological reasons and other for financial compensation”, said Ms Patricia Arias. She added that much of them were recruited through social media and other online communications. “Some foreigners were from a criminal background, and information shared also indicates that some convicts were offered the option of imprisonment or service in the conflict”, she added.

Ms Patricia Arias emphasized that in clarifying the situation of foreign actors in Ukraine it is very important to understand distinction between mercenary and foreign fighter. “The criteria for a mercenary are taking part directly in hostilities, motivated primarily by the desire for private gain, being paid substantially in excess of that promised or paid to combatants of similar ranks and functions in the armed forces of the party to the conflict, and not being a national of the party to the conflict or a resident of the territory controlled by a party to the conflict”, explained Ms. Arias. She added that recruitment and use of mercenaries is prohibited by international law. A foreign fighter is generally understood as an individual who left his country of habitual residence and became involved in the conflict as part of insurgency or non-state group, mostly motivated by ideology, but can also be attracted to fight for financial reward. This type of engagement is not illegal providing that foreign fighters respect the applicable rules of international humanitarian rights and humanitarian law. Ms. Patricia Arias informed that after the amendments to Ukrainian legislation of October 2015 and December 2015 that incorporated the foreign fighters in the regular army of Ukraine and the National Guard of Ukraine most of them “in principle can legitimately fight on the side of the government”. However, due to the lack of coherent information in the Group’s interaction with all parties of the conflict sometimes it was difficult to make a determination as to whether certain fighters were legally mercenaries, she explained. She reminded that according to the provision 10 of the Minsk Protocols the illegal armed formations and military equipment, as well as fighters and mercenaries should be withdrawn from Ukraine.

At the same time, the Working Group expresses a particular concern about the impunity for human rights violations committed by the range of foreigners in armed formations that are “widespread and seemingly unquestioned, paving the way for a murky zone with negligible accountability” and appealed to both sides to fulfill their obligations under international human rights law. Ms. Arias paid attention to the fact that the Working Group has learnt that there were no any prosecutions for the specific crime of mercenarism in Ukraine. “Some foreign fighters have been charged for indirect offences such as trespassing of territorial integrity of Ukraine, participation in a terrorist groups or organization, participation in unlawful paramilitary or armed formations, but not for the human rights violations commited”, Ms. Patricia Arias explained. Therefore, the Working Group appeals to take steps to assure the full accountability for violation of human rights by foreigners in armed groups. “Concrete steps for monitoring, reporting, legislation and legal actions will mean incremental achievement of justice for victims of violations and the erosion of the harmful culture of impunity for acts commited during the armed conflict,” Ms. Arias stressed.