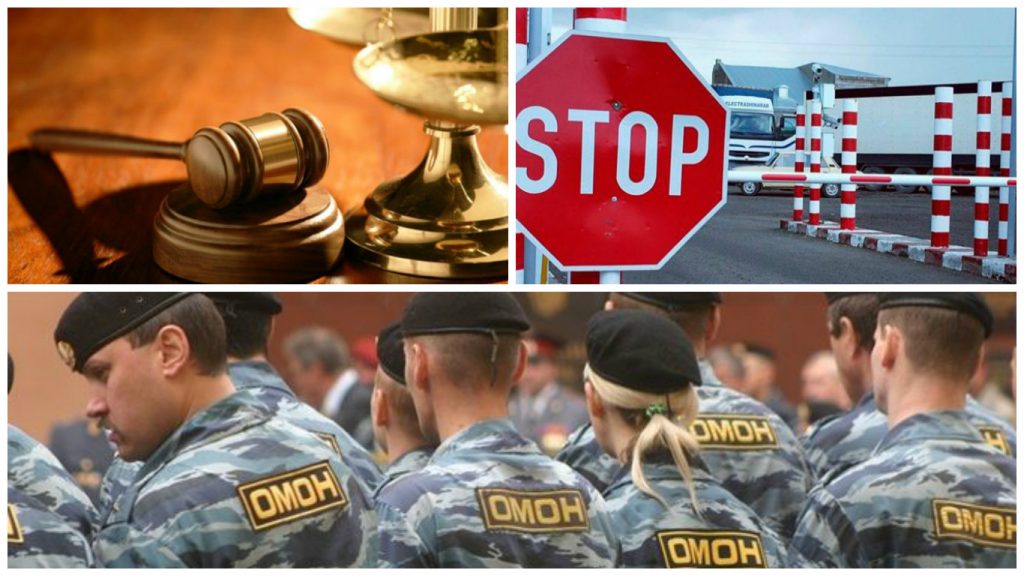 – On March 22, police searched the house of Remzi Muratov, a Kurultai delegate, who lives in the village of Dmitrovka of Crimea’s Dzhankoi district. The search went on for three hours – from 8 a.m. to 11 a.m.

– Police were looking for weapons, ammunition, drugs and forbidden literature. However, nothing of the kind was found.

– On March 25, Remzi Muratov was summoned to an FSS’s (Russia’s Federal Security Service) branch in Crimea for an interrogation.

– A search was also conducted in the house of Shevket Usmanov, a Kurultai delegate, who lives in the village of Vesyoloye of Crimea’s Sudak district. Usmanov was away in Kiev, so only his sons and his wife Ilmira were there at the time.

– Sweeping searches of Crimean Tatars’ homes have been going on since February. The occupation authorities cite Crimean Tatars’ suspected membership in “extremist groups” as a reason for conducting the searches.

– Three Crimean Tatars – the Gugurik brothers, Rustem, 45, and Bekir, 54, and Bilyala Seitumerova, have been banned from entering Crimea until 2021.

– The three were served a written notice of a 5-year entry ban imposed against a foreigner or stateless person as per Article 27 of Federal Law #114. Should they violate the ban, which expires on January 1, 2021, they will be held criminally liable under Article 322 of the Criminal Code of the Russian Federation.

– Rustem Gugurik has been repeatedly detained and interrogated for 4-5 hours during border crossing since January 2016.

– Crimean Tatars have had entry bans imposed against them since annexation of Crimea. Mustafa Jemilev, Refat Chubarov, Ismet Yuksel and Sinaver Kadyrov were the first to be banned from entering Crimea in 2014.

– Six houses owned by the Chabanovs, Zekiryayevs, Useinovs, Mirzoevs and Sadyyevs families were meant to be demolished under an order issued by a city council of the Crimean town of Sudak on March 23.

– A market owned by Ilver Ametov, Chairman of a Mejlis branch in Sudak, was also scheduled for demolition.

– Around 100 riot police officers armed with assault rifles arrived at Sudak’s Akvapark district in two KAMAZ trucks on March 23. They were met by 150 Crimean Tatars who took to the street to protect their property.

– Police also sealed off to traffic nearby streets. Two KAMAZ trucks carrying police officers pulled over near a market owned by Ilver Ametov. Police officers were also spotted near the town’s hotels.

– Police left the area without taking any action.

– Crimean Tatars began building houses in the district in 2000.

– The occupation authorities cite a ruling issued by an appeals court as far back as 2008 but which was never enforced as a reason for demolition.

– Imam Yag’yev’s to appeal his verdict

– On July 17, 2015, a district court in the Crimean town of Bakhchisaray found Imam Mustafa Yag’yev guilty of stirring up hatred and debasement of human dignity on ethnic grounds through threat of using force, a crime punishable under Article 282 of the Criminal Code of the Russian Federation.

– Yag’yev’s guilt was established solely on the testimonies given by two of his workmates and a report to police.

– Mustafa Yag’yev was given a 2-year suspended sentence.

– According to Yag’yev’s workmates, he mentioned Crimea’s soonest re-integration into Ukraine and lots of blood being shed in the process in a conversation with them.

– Islamist books, a photo of Mustafa Jemilev and a map of Ukraine with the words ‘Ukraine is Crimea’ written on it in felt pen by Yag’yev’s son, which police seized during a search of Yag’yev’s house, were admitted into evidence in the criminal case initiated against Mustafa Yag’yev.

– The court failed to take into account the fact that Mustafa Yag’yev is an Imam at a mosque in the village of Turgenevka.

– Crimea’s court of appeals is now considering his appeal.

– The court dismissed the appeals filed by ‘Prosecutor’ Poklonskaya and defense attorneys, ruling to return the ‘February 26’ case to the Prosecutor’s Office for reinvestigation.

– For more than a year, Akhtem Chiygoz, Ali Asanov and Mustafa Degermedzhi have been held in pre-trial detention on charges of involvement in ‘mass riots’ that took place outside the Crimean Parliament on February 26, 2014. Back then, thousands of Crimean Tatars gathered for a rally in support of Ukraine’s territorial integrity.