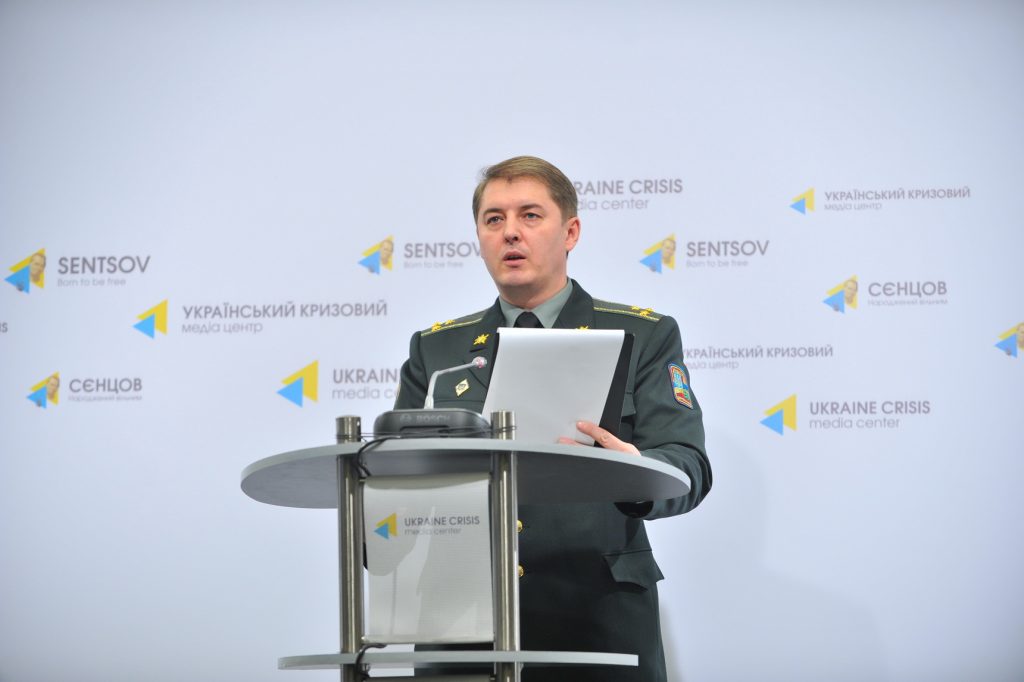 Kyiv, March 31, 2016. A new control point – Zolote – servicing vehicles on entry and on exit from the contact line was opened in Luhansk region. It is located on the road Stakhanov – Zolote – Hirske – Lysychansk and is about 2 km away from the contact line. “It is the only checkpoint in Luhansk region where the contact line can be crossed on a vehicle. Four areas with covered facilities have been equipped at the checkpoint. Traffic handling capacity of Zolote control point constitutes around five thousand persons and 1500 vehicles per day,” said Colonel Oleksandr Motuzyanyk, spokesman of Administration of the President of Ukraine on ATO-related issues at a press briefing at Ukraine Crisis Media Center. 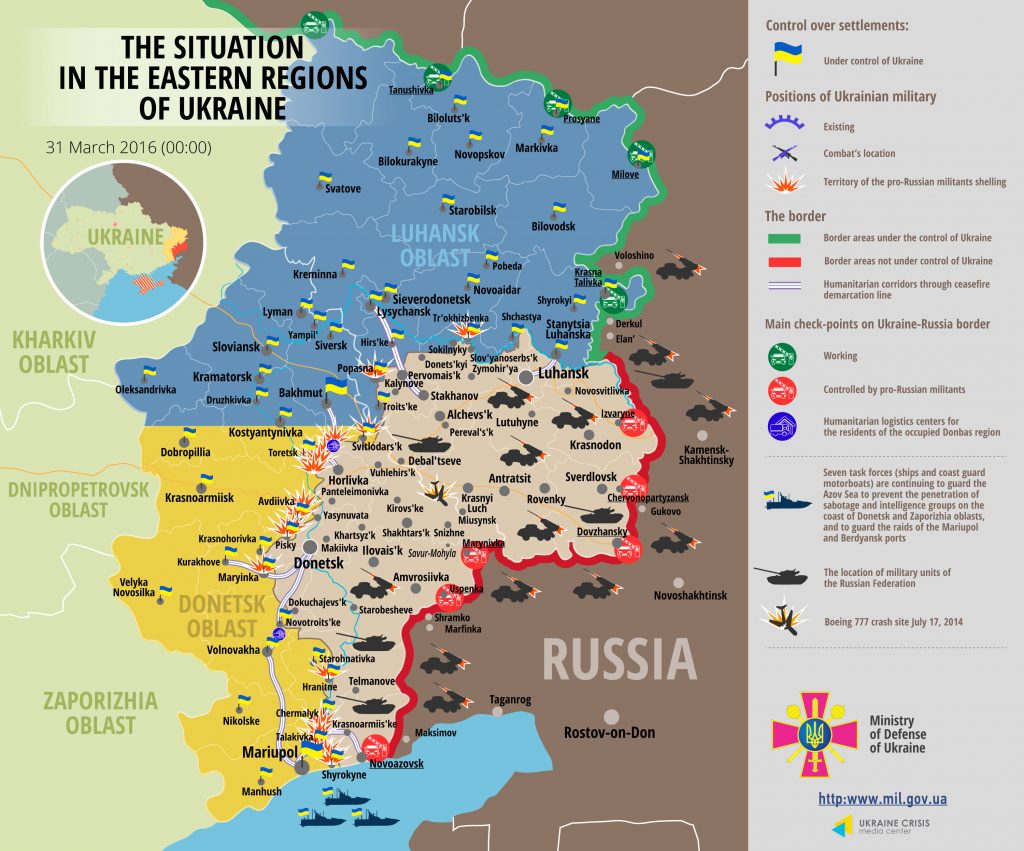 Ukrainian troops in ATO zone incurred no fatalities over the last day, one serviceman was wounded in action. In the Donetsk sector Russia-backed militants fired 32 times upon the positions of ATO forces, combat actions near Avdiivka lasted incessantly. “Apart from the massive mortar attacks the enemy used 122-mm howitzers again. According to the intelligence information, four hostile 152-mm Giatsynt howitzers were discovered between Makiyivka and Yasynuvata (located 8 km away from the contact line),” said the ATO spokesman. He reminded that lately militants were regularly using large-caliber tube artillery near Avdiivka disregarding the fact that it is a blatant violation of Minsk agreements. Apart from Avdiivka the situation remains turbulent on northern-western outskirts of Horlivka, between Zaitseve and Novhorodske. “Hostile snipers are firing in this area. Militants are simultaneously firing upon a series of Ukrainian strongholds along the 15-km part of the contact line,” noted Colonel Motuzyanyk. Massive attacks took place in Luhanske with the use of an infantry fighting vehicle and in Pisky with mortars used.

The situation in the Mariupol sector has escalated sharply. “Adversary opened massive mortar fire between Hnutove and Shyrokyne last evening. About 100 mines were launched upon Ukrainian positions. Militant snipers were firing in Hranitne and Maryinka that are located further to the north,” noted Colonel Motuzyanyk. A total of 14 attacks by militant groups took place in the Mariupol sector. In the Luhansk sector there were three attacks over the last day. Militant groups violated ceasefire twice near Tryokhizbenka, Ukrainian troops returned fire twice. Moreover militant snipers were firing in the area of Popasna.

Colonel Motuzyanyk also reported that an antitank grenade-launcher was discovered in the woods in Toretske. The police was respectively informed by locals. Yesterday at a checkpoint near Sloviansk policemen seized a carbine with combat rounds of ammunition from a driver of a vehicle.