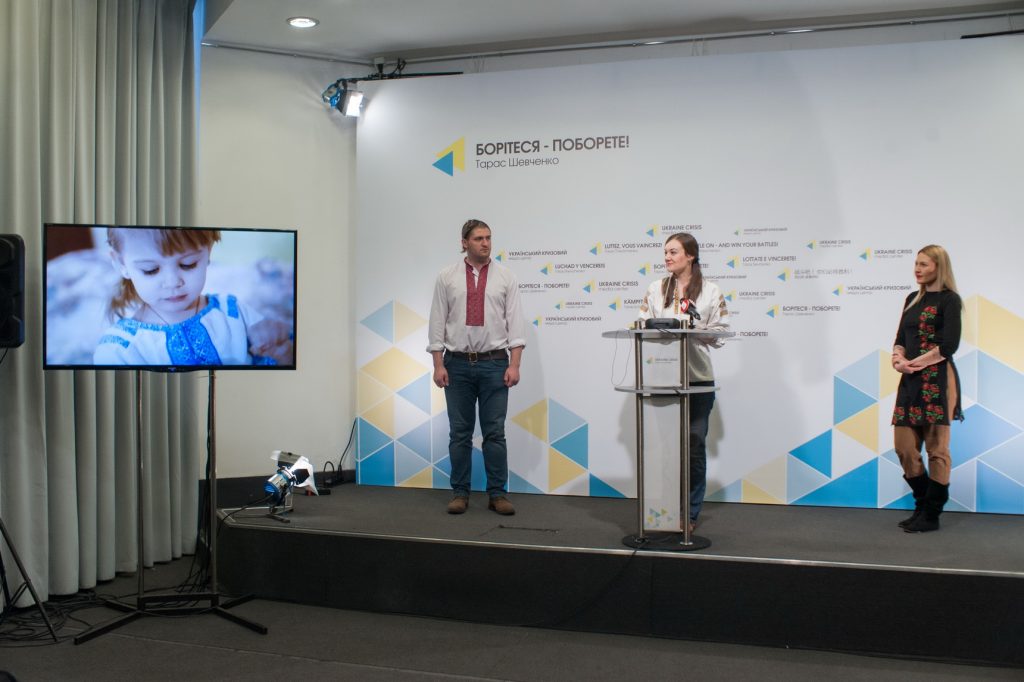 Kyiv, April 7, 2016. This year Ukrainians worldwide will celebrate Vyshyvanka Day (vyshyvanka – Ukrainian national embroidered shirt – UCMC note) for the 10th time, this year the celebration will take place on May 19. “We have walked through a difficult road from misunderstanding, skeptical attitude – both to the action and to vyshyvanka itself – to the time when not only the Ukrainian people on the level of each Ukrainian’s consciousness have recognized our holiday: a little student action has turned into a great global celebration within10 years,” said Lesya Voroniuk, initiator of the action “The Global Vyshyvanka Day” at a press briefing at Ukraine Crisis Media Center.

The celebration was initiated by the students of Yuriy Fedkovych Chernivtsi National University. The idea of ​​the action was to wear a vyshyvanka on the third Thursday in May – to the office, to school or just to go somewhere on business. The students wanted to return vyshyvanka to modern Ukrainian life – as a “talisman, a symbol and an integral part of Ukrainian culture.” Oleksandr Tkachuk, co-founder of the action, said that Vyshyvanka Day had been celebrated in 38 countries the previous year – mainly in the countries with the largest Ukrainian diaspora – and on a massive scale throughout Ukraine. Now activists are dreaming to achieve recognition of this holiday nationwide. “We appealed to the President of Ukraine last year and this year we appeal again for approving the third Thursday in May as a Global Vyshyvanka Day,” noted Ms. Voroniuk.

This year, the basic idea of the action remains the same, but some other events are also planned: a great group photo in vyshyvankas in Independence Square, as it was last year, and “dressing” the most famous Kyiv monuments in vyshyvankas. “We also want to make an interactive lecture hall at the subway stations, where activists dressed in Ukrainian costumes will present and tell interesting facts about vyshyvanka,” said Iryna Chorna, co-organizer of the action. Additionally, they will conduct an action “Born in vyshyvankas,” which has been repeatedly held in Chernivtsi. “We come to a maternity home and present the newborns with vyshyvankas. Later, they are even baptized in them,” explained Ms. Voroniuk. “This year we are announcing this action throughout Ukraine. Together with the Corporation of cities we have bought vyshyvankas for three regions – Kyiv, Lviv and Chernivtsi.”

Mr. Tkachuk also said that on May 12 Kyiv will host a premiere of film “Heritage of the Nation” – the first feature-length documentary about the vyshyvanka. “The film consists of two parts – ethnographic, where we talk about the vyshyvanka features and beliefs and traditions related to it, as well as people’s stories showing that vyshyvanka  is not just a thing, but much more, a symbol which has been kept and passed on from generation to generation,” said Mr. Tkachuk. Thus, the film inextricably intertwines the history of vyshyvanka with historical chronicles, especially from the period when a vyshyvanka in the house testified to “dangerous” ideological beliefs. Bitter, and yet inspiring stories – from the era of Stalinist repressions to similar situations after unrest started in the east in the spring of 2014 – say the direct witnesses to the audience. The activists have been working on the film since August 2015. They have traveled through all ethnographic regions of Ukraine and communicated with the masters. Representatives of the Ukrainian diaspora from 5 countries also shared their evidence. According to Mr. Tkachuk, the show will also take place in Lviv, Chernivtsi and abroad – in the countries with the largest Ukrainian diaspora.