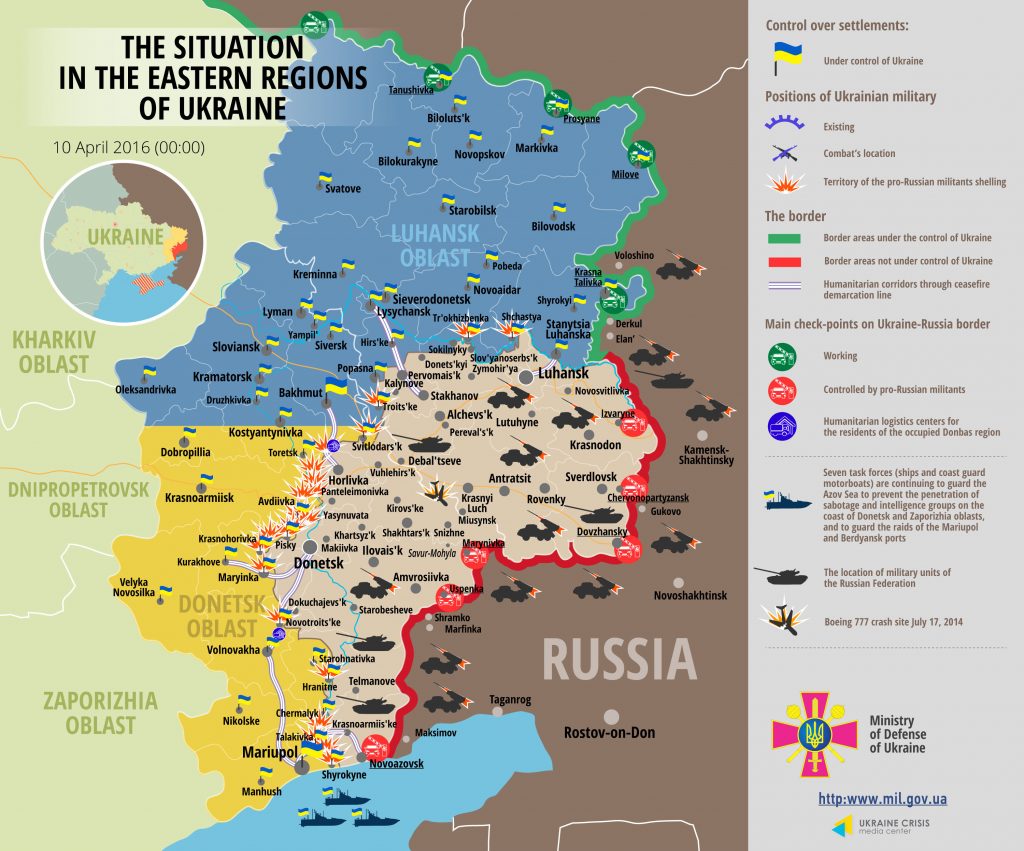 In Donetsk area the illegal armed groups fired at the positions ofATO forces 54 times. “The industrial area of Avdiyivka remains the epicenter of combat operations. Enemy attacks are persisting there. The enemy has concentrated significant forces in Yasynovataya, Mineralne and Yakovlivka trying to move the front line to the west without success. Hostile provocations also took place in Zaytseve. In particular, enemy snipers fired several times there. Besides, the OSCE mission patrol came under enemy fire in the ATO-controlled part of Zaytseve,” noted Colonel Motuzyanyk. Militants also fired from a tank and infantry fighting vehicle near Luhanske located at Svitlodarsk arc. It was also restless in the vicinity of the Donetsk airport.
In Mariupol sector militants violated the cease-fire along the entire contact line; but Maryinka and Shyrokyne were attacked the most. “The enemy is actively using mortars which are concentrated in Dokuchayevsk, Kominternovo and Sakhanka. Over the past day 35 enemy attacks were recorded in Mariupol area, almost all of them were in the afternoon,” informed the Presidential Administration spokesperson on ATO related issues. In Luhansk sector the illegal armed formations violated the cease-fire twice: near Shchastya and Trokhizbenka.
Over the past day no casualty was recorded among Ukrainian military, six persons were injured “In particular, four persons were injured as a result of enemy fighting near Avdiyivka, and two persons – when their truck was blown up by a land mine near Novhorodske,” noted Oleksandr Motuzyanyk. Besides, one civilian resident of Maryinka was injured as a result of firing. Colonel Motuzyanyk also informed that recently volunteers from Rivne delivered humanitarian aid to residents of frontline areas – food, hygiene products, clothing, toys etc.