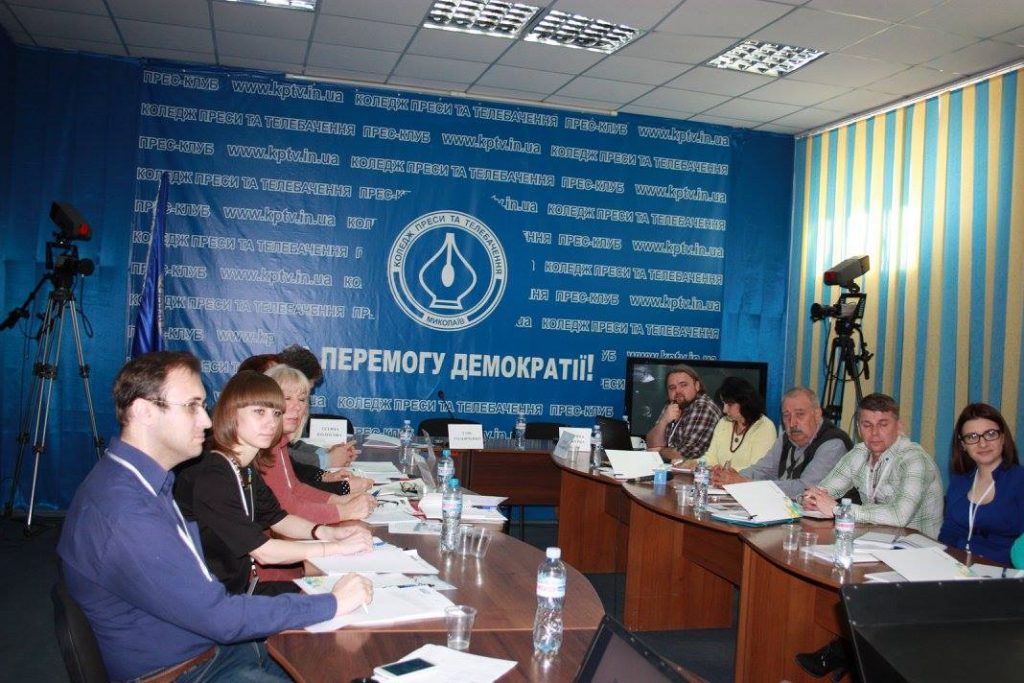 Kyiv- Mykolayiv, April 8, 2016. Media play a key role in helping citizens understand the essence of decentralization reform, the possibilities it opens and the problems to be solved. On April 7-8 journalists from Mykolayiv region had the opportunity to dive into the subject.

To help journalists clarify these challenging issues, Ukraine Crisis Media Center together with its partners organized two one-day trainings on “The role of the journalist in decentralization”. Participants of the training were newspaper editors and journalists from all over the region. One of the objectives of the training was to look at decentralization in the light of various aspects.

The role of local media is particularly important. Firstly, it is the local media that can best inform of decentralization in the region or its separate parts and show the practical value of the reform. Secondly, according to public opinion polls in Ukraine, citizens trust and approve local media more than national.

Yaryna Zhurba, expert on constitutional law, project coordinator at Gov.Comms.Ua, Ukraine Crisis Media Center, explained the essence of the reform, its objectives, elucidated the model of public administration to be implemented, reviewed the progress of reforms in various regions of Ukraine, and compared it with the challenges faced by other European countries that had conducted decentralization.

Fedir Prokopchuk, editor of the program RE: FORM on hromadske.tv and on UA: First, focused on decentralization from the journalistic point of view: the mission of journalists in the reform, the relationship between the level of people’s awareness and success of the reform, ways to write easily and accessibly about complex decentralization, new opportunities for a journalist who specializes in the topic.

Oleksandra Sheremetyeva, head of Omelnytska community, Poltava region, who communicated with the participants of the training via Skype, drew attention to the practical aspects of decentralization. Among other things, she said that before the unification the total budget of village councils had been UAH 4.200.000 and after they united into Omelnytska community, it became UAH 17.900.000.

Valentyn Boiko and Oleksandra Mentel, representatives of Mykolayiv office of reforms, spoke about the process of unification of communities in Mykolayiv region. Currently, Kutsyurubska community is the only united community in the region. Its budget has increased by 5.5 times.

Participants agreed that they should not idealize the reform process – it is necessary to speak both about the achievements and the problems. The main role of the media now is to involve more people in decentralization process, show its advantages, and convince that everyone can become a reformer in their community. In fact, effectiveness of the reform depends on how people take it up.

The training was the first event of the joint Ukrainian-Polish project aimed at strengthening the potential of local print media in Mykolayiv region. In Ukraine, the project is implemented by Ukraine Crisis Media Center (Kyiv) in partnership with the regional coordinator Glib Golovchenko (Mykolayiv). In Poland, the project is carried out by the East European Democratic Center (Warsaw).