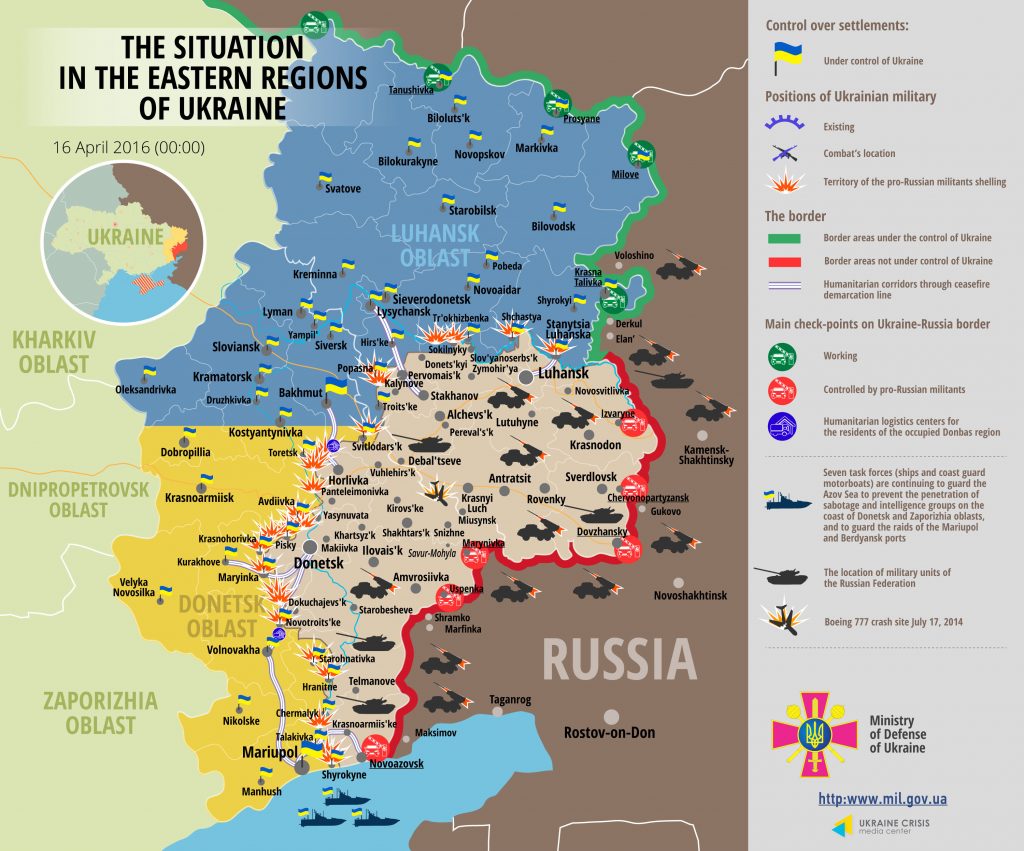 Militants’ activity in the Donetsk was down by more than half. ATO troops recorded 33 attacks. Avdiivka remains the area with the highest level of activity, where a number of mortar attacks took place. The armistice held in Zaitseve. Nevertheless, militants’ armored personnel carrier was shelling Ukrainian positions for half an hour north west of the temporarily occupied Horlivka, near Leninske settlement. Militants instigated a number of provocations near Verkhniotoretske and the Donetsk airport. “The enemy continues shelling Ukrainian positions near Krasnohorivka and Mariinka in the Mariupol sector with mortar fire. Militants used 82-mm mortar launchers in the vicinity of Taramchuk and Berezove villages in Mariinskyi district and launched one 120-mm bomb at each position near Starohnativkaand Shyrokyne. In total, militants violated the armistice 20 times in this sector,” said the spokesman. Two Ukrainian troops were wounded yesterday in combat.

According to the spokesman, officers of Security Service of Ukraine divulged a service woman in Lviv who was propagating separatist ideas in Russian social media. She had access to secret information and simultaneously spread Russian propaganda in the networks, called upon dismantlement of the statehood and propagated evasion from military draft. “Moreover, Ukrainian troops ceased illegal ammunition at a checkpoint near Sloviansk, 33 cartridges and two grenades, carried by a demobilized serviceman of the Armed Forces of Ukraine. It should be pointed out that “Illegal handling of weapons, ammunition or explosives” is an article of the Criminal Code of Ukraine envisaging punishment in the form of imprisonment of up o 5 years,” summarized Col. Lysenko.