Kyiv, April 20, 2016. The number of attacks upon the positions of Ukrainian troops decreased in ATO zone over the last day. At the same time Russia-backed militants are actively using heavy weapons. According to the statistics each second one is a mortar and precision attack, said spokesman of Presidential Administration on ATO-related issues Colonel Andriy Lysenko at a press briefing at Ukraine Crisis Media Center. “According to the statistics occupants, fired over 70 mines towards Ukrainian troops yesterday,” he noted. 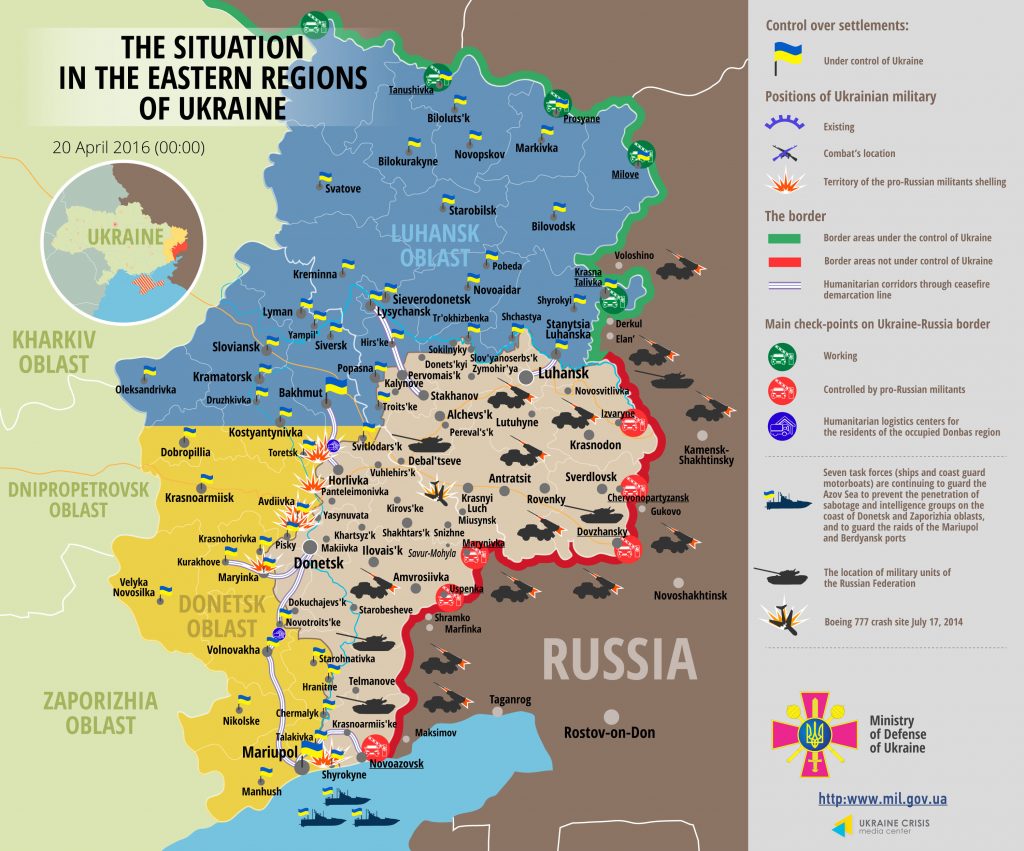 According to the military intelligence another Russian unit mostly staffed with natives of Dagestan and Chechnya arrived to the so-called “9th assault motor-rifle regiment of the naval infantry of the 1st army corps” of the “Donetsk People’s Republic” (“DPR”) militant group deployed to Novoazovsk. “Main Intelligence Directorate of Ukraine’s Defense Ministry reported that militants again incurred losses over the last days: one fighter of the so-called “7th motor-rifle brigade of the 1st army corps” of the “Luhansk People’s Republic” (“LPR”) militant group deployed to Debaltseve was killed in action. Two more fighters were wounded,” noted the ATO spokesman.

According to the intelligence, the command of the combined Russian-and-militant troops plans to intensify combat actions closer to May 9 with a propagandist purpose. “Thus options of offensive actions in the Donetsk sector that are being considered include seizure of uncontrolled towns in the so-called ‘grey zone’ in the Mariupol sector,” said Andriy Lysenko.