Pope Francis has initiated all-European collection of funds for those affected by the war in Ukraine. Head of Ukrainian Greek-Catholic Church explains how it is going to work and why the Pope’s initiative is of significance.

Kyiv, April 20, 2016. All-European collection of donations for humanitarian needs of Ukraine initiated by Pope Francis will take place on April 24. In March the Permanent Synod of the Ukrainian Greek-Catholic Church in Vatican had an audience with the Pope. “We tried to bring the truth on the humanitarian crisis in Ukraine to the international community including to Pope Francis. We called this crisis the biggest one in Europe since the World War II. This collection precedes a large-scale humanitarian event that Pope Francis intends initiating to relieve the suffering of those affected by the war in Ukraine,” said His Beatitude Sviatoslav (Shevchuk), Head of Ukrainian Greek-Catholic Church speaking at a press briefing at Ukraine Crisis Media Center. He added that the Pope’s decision resulted from the trips in Donbas that his nuncio undertook. One of the trips was made along the contact line, another one to occupied Donetsk. 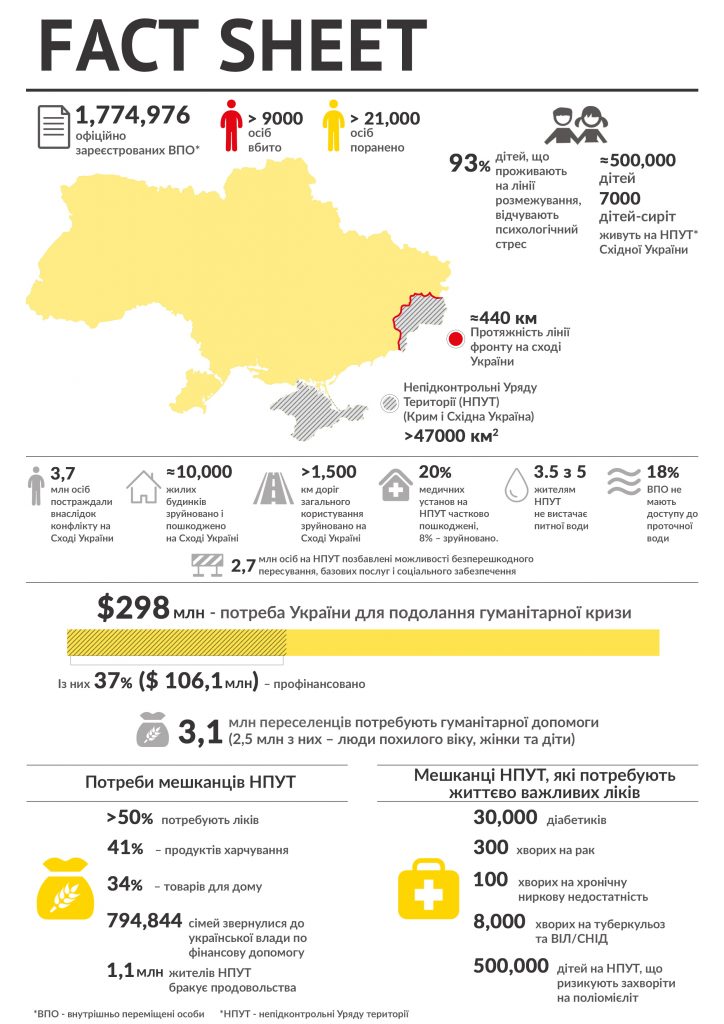 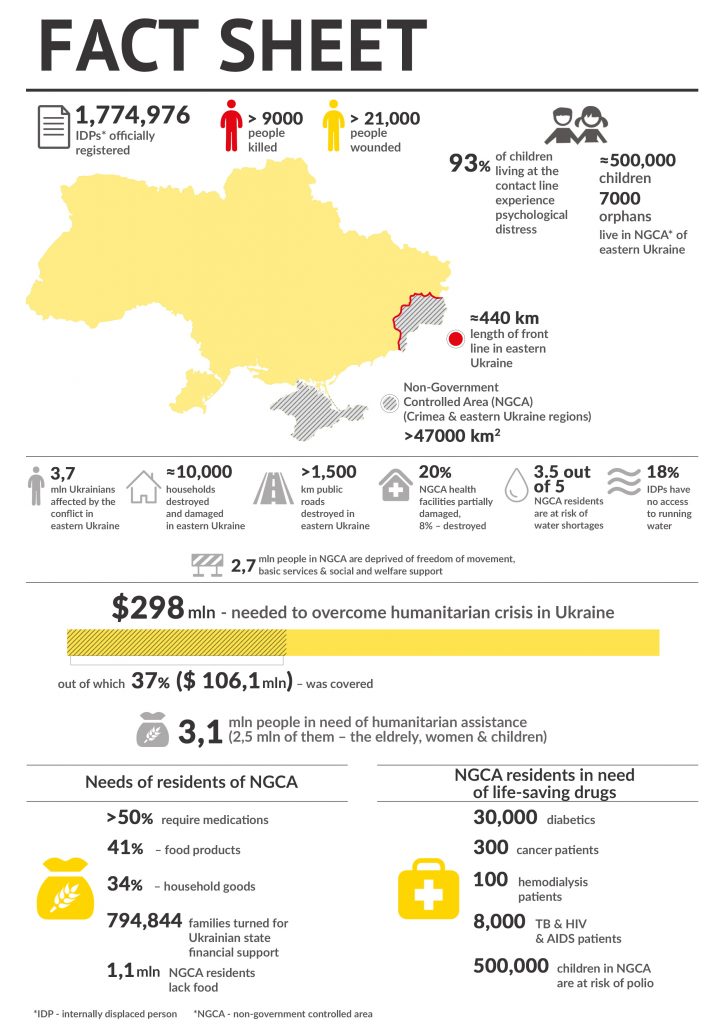 His Beatitude Sviatoslav is convinced that the most important thing is that the Holy Father broke the silence as to the war in Ukraine. “This war is being concealed. Neither the media, nor other information sources in the Western Europe are talking about the war in Ukraine and about the suffering of millions of people. He became the voice of those who are now suffering in Ukraine,” said the Head of the Ukrainian Greek-Catholic Church. He emphasized that the Pope addressed the consciousness of European Catholics so that they realize that Ukraine is Europe and that the humanitarian crisis is now taking place in the European part of the world. His Beautitude Sviatoslav has called upon Ukrainian parishioners all around the world – in Canada, America and Australia to join the collection of funds. There is already a clear confirmation from the Greek-Catholic Church of Australia.

According to Andriy Vaskovych, President of the Charity Fund Caritas Ukraine, there are 1.7 million internally displaced persons in Ukraine today. Approximately 9000 persons were killed at war which means there are nine thousand families that need support. Another 21 000 more are wounded, it is possible that they will require lifelong assistance. Sixty to eighty percent of children from the conflict zone have witnessed violence. This challenge also needs to be addressed. It has been calculated that in order to help at least one million persons who are in greatest need USD 298 million is required. A total of 3.1 million people in Ukraine have no means for living. “Entire Europe and entire world has to feel responsibility for the people who are suffering in Ukraine. It is the Christian approach that is behind the [Pope’s] call: to see the needs of people, to see people’s trouble and help them. This call makes each person feel responsible for those who are near and far and who are in need,” Vaskovych is convinced.

His Beatitude Sviatoslav explained that the money collected on April 24 is to be transferred to the Pope’s fund. A large-scale humanitarian event of the Holy See is expected shortly after, when humanitarian aid is to be provided to those affected by the war in Ukraine. At the moment consultations are underway to identify what the exact needs of people are and what is the best way to address them. The Vatican Secretary of State Pietro Parolin is to officially visit Ukraine and announce the event when all its aspects are settled. Vatican is to appoint its delegate to coordinate the assistance project in Ukraine. There is also the information that Pope Francis plans to donate considerable amount of own funds. The sum is known but is not disclosed at the moment.

Head of the Ukrainian Greek-Catholic Church reassured that the assistance will be provided to all the affected regardless of their religion, language or ethnicity. However the focus is to be made on four categories: internally displaced persons, people on the temporary occupied territories, people residing in the combat zone and the wounded.