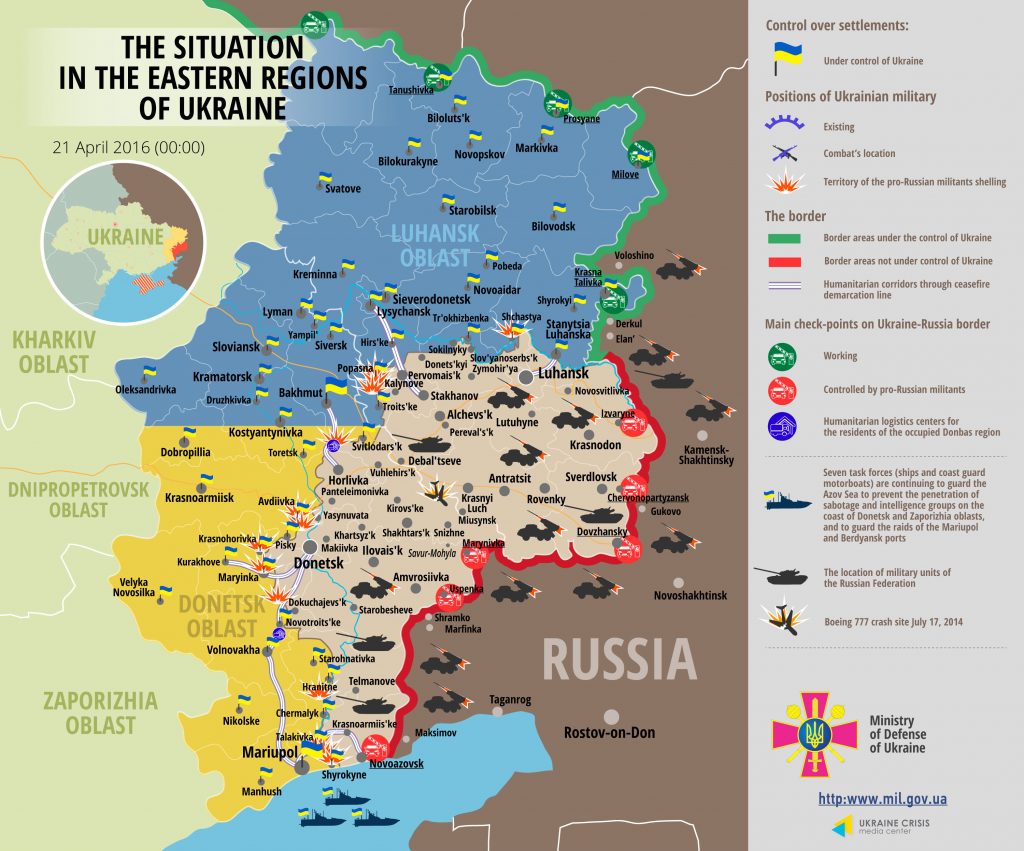 Over the past 24 hours, Ukrainian Armed Forces did not incur any lethal casualties, four were wounded near Avdiyivka.

In Luhansk sector, militants violated the cease-fire in Shchastya and Popasna region. Over the past day, militants fired four times in Luhansk sector, one time – from mortars. In Donetsk sector, militants are most active near Avdiyivka. Militants also fired at the Ukrainian positions in Zaitseve and near “Putylivska Coalmine” (“Butovka-Donetska Coalmine”). “Over the past day, the enemy fired seven times in Donetsk sector, four times – from mortars,” noted Oleksandr Motuzyanyk.

In Mariupol sector, Maryinka was the epicentre of combat operations yesterday. Militants fired from mortars there. Besides, enemy snipers became more active on this front section. According to the ATO spokesperson, members of illegal armed groups also violated the cease-fire in other places across the whole contact line. “Over the past day, the enemy fired 22 times in Mariupol sector, four times – from mortars,” informed Colonel Motuzyanyk.