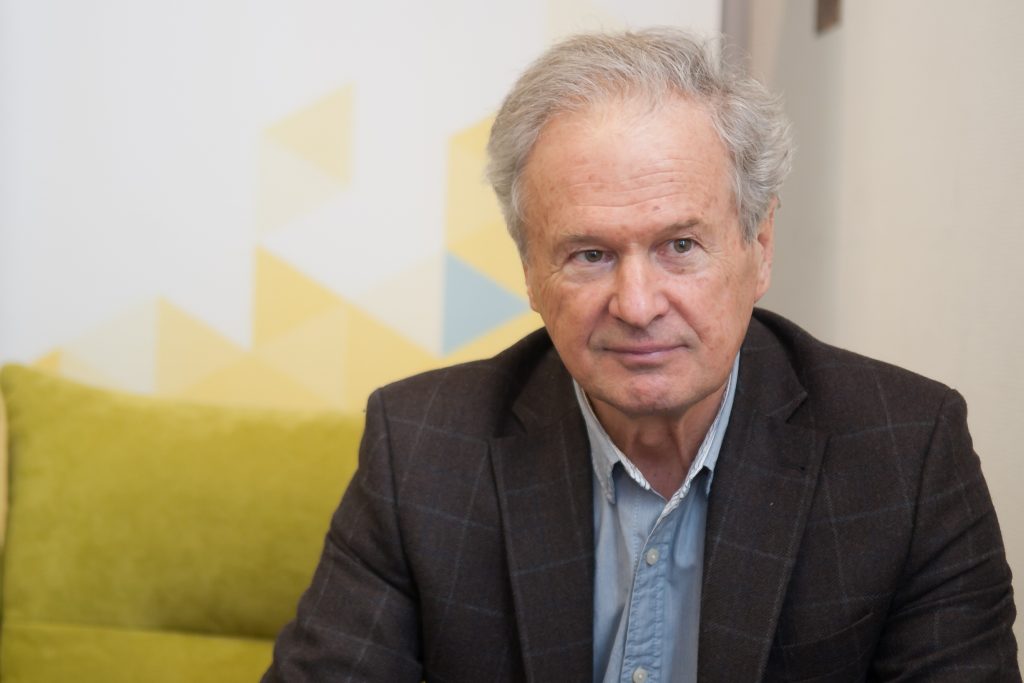 This year the world is marking the 30th anniversary of the Chornobyl tragedy that changed view of the entire world on the “safe atom” and created an array of problems for many generations. How was the disaster managed? Was minimizing the result successful? Was it Ukraine alone dealing with the disastrous consequences?

UCMC made an attempt to look into these issues talking to Yuriy Kostenko who used to be personally engaged in the processes of solving the Chornobyl disaster. Mr. Kostenko is a former minister of ecology and nuclear safety of Ukraine (1992-1998), deputy head of Interim Commission of Verkhovna Rada investigating the causes of the Chornobyl disaster, was a party to negotiations on handling the disaster on international arena. He was the one to sign the Memorandum of Understanding in 1995 which resulted in total shutdown of the Chornobyl Nuclear Power Plant in 2000. 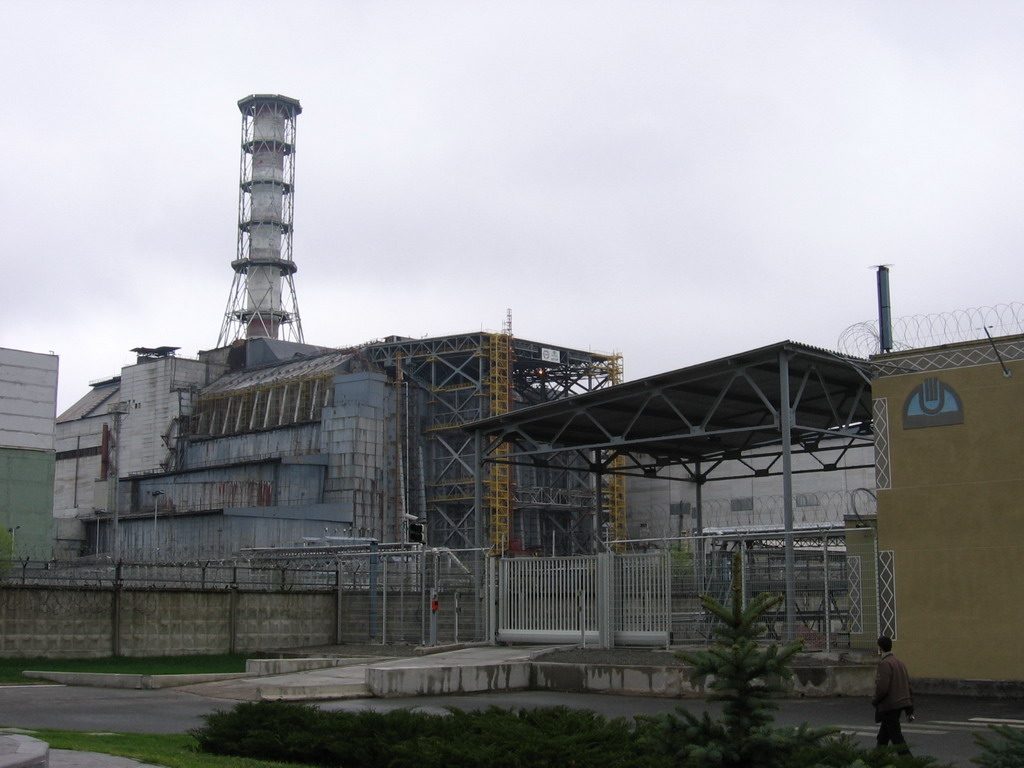 Structural defects or human error: what happened in Chornobyl?

Following 1986, the Soviet propaganda was trying to convince the entire world that the disaster in Chornobyl resulted from error of the operating personnel running tests at the plant. Nevertheless, investigation of commission based on data from former Soviet scientists and Ukrainian experts showed that the disaster had been caused by engineering deficiencies in RBMK high power pressure tube reactors. This deficiency lied in increase of reactor power output, rather than reduction, when pressing a “Stop” button. According to the safety provisions, this button was to be pressed at reactor runaway.

Is another similar disaster likely to happen today?

At present, RBMK reactors are exploited only in Russia (Beloyarskaya, Kurskaya, Leningradskaya nuclear power plants). In addition to deficiency at reactor emergency shutdown, there are no “nuclear containments” able to suppress explosion serving as a “protective cover”. Nuclear containment is able to withstand a nuclear bomb explosion, aircraft impact etc. Due to absence of nuclear containment, reactors of this type are the most dangerous in the world. Despite the plants modernization, the threat is not eliminated. The possibility of a disaster similar to Chornobyl remains real until at least one RBMK reactor is in operation. 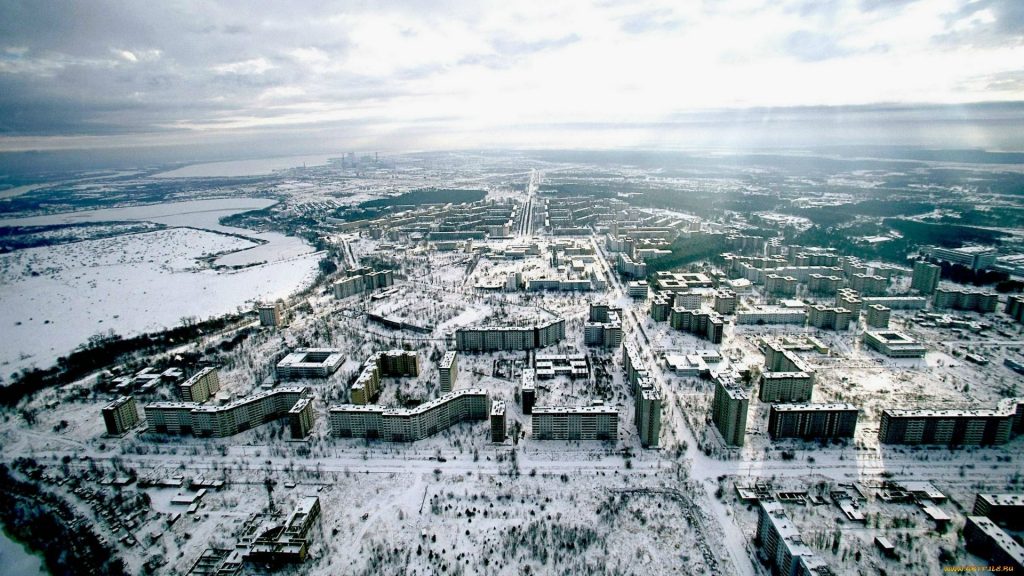 Soviet propaganda and absence of strategy of addressing the problem

Despite the propaganda, the society was aware of threats posed by the Chornobyl Nuclear Power Plant and RBMK reactor. There were numerous publications even in the Soviet times proving the danger of self-explosion that reactors of such type posed.  There were cases registered before 1986 when RBMK reactor partially melted due to its engineering deficiencies. For instance, this was registered both at the Chornobyl Nuclear Power Plant and the Leningradskaya Nuclear Power Plant. Some members of scientific community were trying to reach out to the authorities and persuade them that use of these reactors was dangerous.

Nevertheless, “big-league politics” was taking place in the USSR.  The Academy of Science and its president Anatoliy Aleksandrov, who used to be a research supervisor of the project, as well as chief designer Nikolay Dollezhal were behind the construction of this rector. The Communist Party gave the go-ahead for the reactor.

The fact that damage control measures to mitigate impact of possible disaster were neither planned nor elaborated became another dramatic mistake of the Soviet totalitarian system. This led to many false steps taken right after the disaster, creating further problems. 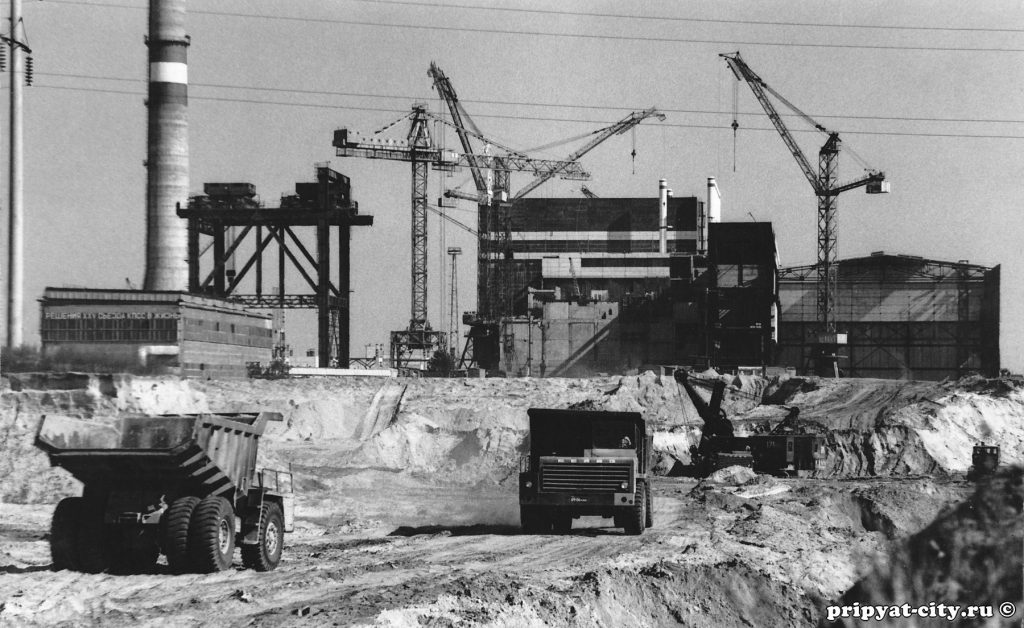 The common name for the Chornobyl operation since 1986 was the “liquidation” of the disaster, despite the fact that the system was acting insanely, trying to liquidate the consequences which are plain impossible to “liquidate”. For instance, half-life of certain radio nuclides, like uranium-236, amount to 4.5 billion years. Is the state able to “liquidate” such consequences? The totalitarian Soviet system was making political decisions, totally disregarding science, safety and everything else.

A sarcophagus was built at a record pace, nine month, on the place of the 4th reactor explosion. There were 1000 sq. m. of splits as of the moment of gaining independence by Ukraine. The sarcophagus was being constructed in haste; one of the supporting beams was sagging down, not reaching 15 cm to the bearing. Consequently, the entire structure was unstable from the very beginning, and lacked impermeability.

The estimated lifetime of the construction was said to be 50 years at the beginning, further reducing to 30. Nevertheless, on the 20th anniversary of the tragedy it was in critical condition: the vent stack was collapsing and water got inside the reactor through a leaky sarcophagus, which might result in chain reaction and thermal explosion. 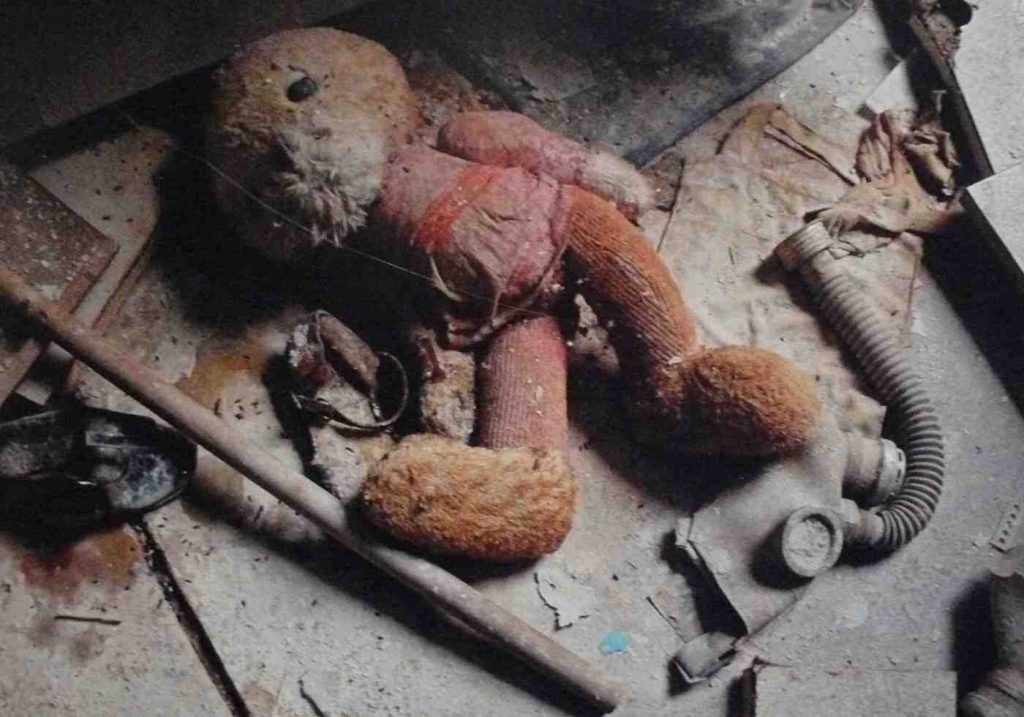 Ukraine’s GDP in 19991 amounted to 71 billion USD. Direct expenses to mitigate the consequences of the disaster alone amounted to 7 billion USD. At the same time, huge amount of resources were drawn not from Chornobyl budget, but from the budget of other enterprises. Ukraine allocated 15% of its national budget to Chornobyl in 1992.

The economic model of the issue settlement was faulty from the very beginning. The state always paid additional salaries and pension benefits to people who stayed on the contaminated territories, in proportion to the radiation exposure. The higher was the exposure, the bigger was the additional payment. As a result, it was about economical encouragement of contamination, for more and more people needed medical aid, increasing medical budget from one year to the next.

On the opposite, the world practice pursued the idea that people living on such territories had to consume uncontaminated milk, food and water. Economic incentives were envisaged in the budget for this purpose. Owing to taking absorptive agents, cows in Norway grazing in strontium contaminated fields produced uncontaminated milk.

Why did the Chornobyl Nuclear Power Plant continue its operation until 2000?

The grand question of first several years following the disaster was why the Chornobyl Nuclear Power Plant had not been taken out of operation. The 1st and the 2nd units were put in operation only six months after the accident, in October 1986, and the 3rd unit resumed its operation in December 1987. There is no answer to this question, as this decision was absolutely absurd and groundless. Continued operation of the plant provided no economic, scientific or technological advantages whatsoever.

Moreover, the safety situation at the Chornobyl Nuclear Power Plant was disappointing. The same tragedy was on the point of happening again in the 2nd unit in 1991 due to fire in the reactor control system. Every second counted, from 30 seconds to one minute, if the reactor became uncontrollable, the tragedy would be inevitable. Back then this information was concealed even from the top officials. It was after this incident that a decision to shut down all the Chornobyl Nuclear Power Plant units was taken.

There were two options – either capital repair or shutdown. Chief engineer of the plant said it was necessary to stop reactors, conduct capital repair by 2000 and continue operating the plant. The repair required 1 billion USD, Ukraine didn’t have that amount of funds in its national budget.

Due to the fact that Ukraine was unable to operate the plant safely, a decision to shut it down was made on condition of financing of the process, as the state could not manage it on its own. 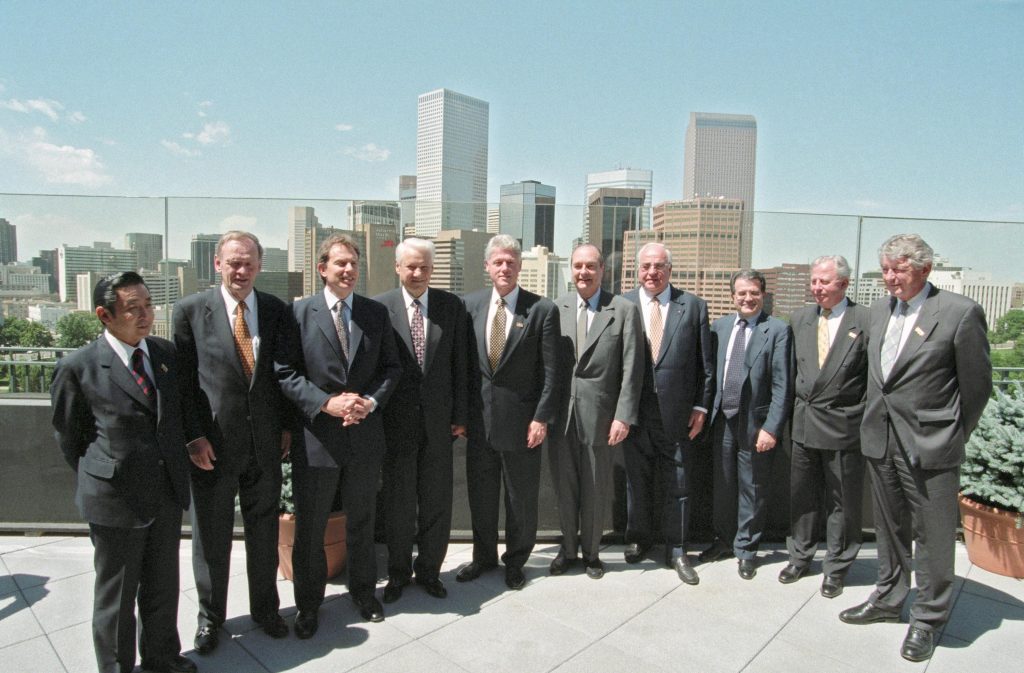 Forcing Ukraine to shut down the Chornobyl Nuclear Power Plant. Role of the international community.

Following the declaration of the independence of Ukraine, the Group of Seven gathered in Naples (Italy) in 1992, making a decision to stop the Chornobyl Nuclear Power Plant. This meeting took place without the participation of Ukraine. The Russian Federation continued representing Ukrainian position in the person of at that time president Boris Yeltsin, as it considered the Chernobyl disaster Russia’s Soviet heritage.

The mankind was scared by the consequences of the disaster, as nuclear fallout resulted in contamination of many neighboring countries, including Poland and Norway.

Ukrainian delegation was negotiating with the G7 in 1995. The main issue was financing the settlement of disaster.

The Group of Seven agreed to help Ukraine with financing on condition that Ukraine would shut the Chornobyl Nuclear Power Plant down. Back then, in 1995, financial support aimed at safe disposal of the residual fuel was at stake, as listed in the roadmap.  The Memorandum between Ukraine and the G-7 was signed on December 20, 1995. It envisaged the detailed plan of solving the Chornobyl Nuclear Power Plant problem and was signed by Yuriy Kostenko on behalf of Ukraine. 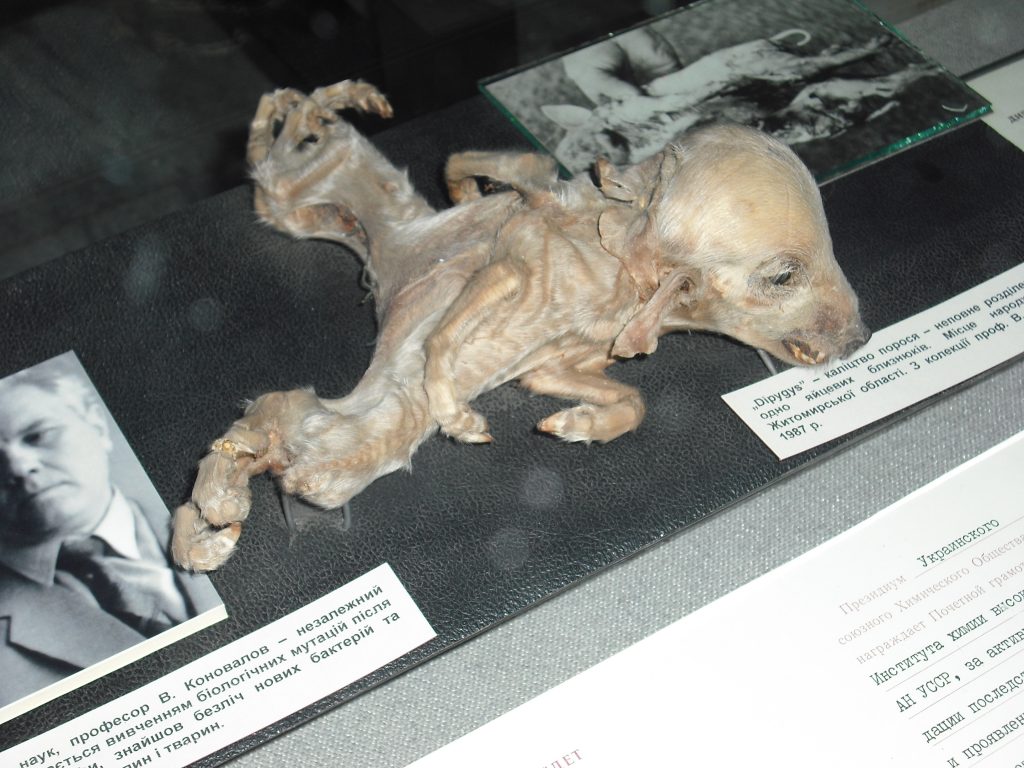 After 1998 the Western partners of Ukraine started gradually changing their position, as they understood the difficulty of the financial commitment of such nonprofit projects. The strategy of withdrawal and safe disposal or utilization of the fuel of the Chornobyl Nuclear Power Plant was reduced to the “Containment” plan which lied in construction of another sarcophagus, Sarcophagus-2.

Sarcophagus-2 was meant to hide the existing Chornobyl problems from the world with the help of the “containment structure”, forgetting about it for 100 years – the expected lifetime of the structure.

Cost of the project amounted to 2.5 billion euro, defrayed by consortium of French and other European countries.

What are the problems of the “Containment” project?

No structure shall correspond to the expected performance life in conditions of intense nuclear radiation. This fate has befallen the first containment, and there are no guarantees the same would not happen to the Sarcophagus-2. In fact, radiation is destroying the structure, creating extra problems for the generations to come regarding utilization of the structure itself, which is thousands of tons of materials.

In conditions of the Chornobyl Nuclear Power Plant, the problems of further maintenance fall on Ukraine. No one knows what might happen to the structure in the next years, what is the speed of destruction of the materials, will there be natural disasters ruining the containment and releasing radiation etc.

The international community still has not made a decision on what to do with the sarcophagus in future, in conditions when the only adequate choice is withdrawal and disposal of the radioactive waste. Anyway, the Sarcophagus-2 solution is temporary. The necessity to build Sarcophagus-3 might arise in a not-so-far-away future.