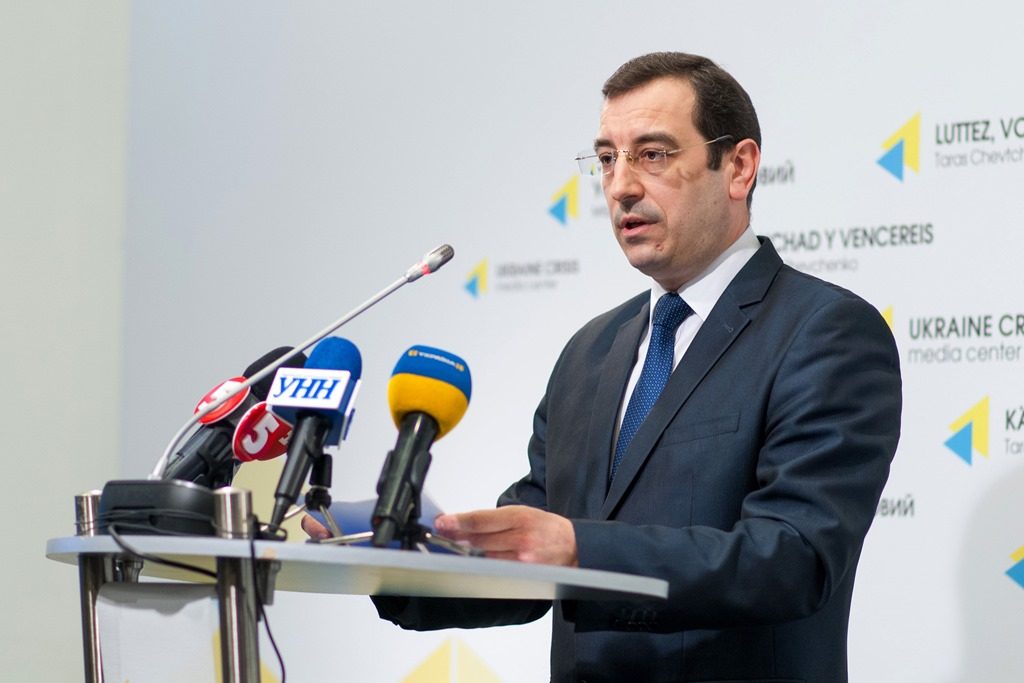 Ukrainian military intelligence reports about the structure and composition of hostile combat units in eastern Ukraine. Russian active duty officers are on command positions up to the mid-level. Russia is regularly supplying and training the warfighters.

Kyiv, April 27, 2016. Up to 70 percent of personnel of the First (1st) and Second (2nd) army corps are citizens of Russia. Twenty five percent of them are servicemen on active duty, 45 percent are citizens of Russia whom the Duma of the Russian Federation is trying to assign the official status of volunteers. “It is proved by the phone call intercepted on November 1, 2014 between the Russian Lieutenant-General Gurulyov and Lieutenant-General Kuzovlyov. The latter is the commander of the 2nd army corps that at that time was being established as part of the 12th Command of the reserve within the Southern military district of the Russian Federation Armed Forces,” said representative of the Main Intelligence Department of Ukraine’s Defense Ministry Vadym Skibitsky at a press briefing at Ukraine Crisis Media Center.

Vadym Skibitsky noted that over September-November 2014 battalion tactical groups – part of the 7th and 5th tank brigades, 18th, 19th, 28th, 32nd, 36th, 74th and 200th motor rifle brigades of the Russian Federation were registered in eastern Ukraine. “Russian commanders are extremely skeptical about enlisting locals into the combat units, they split them into three categories: ‘alcohol abusers – slackers’, ‘buyers of stolen stuff’ and ‘sellers of stolen stuff’,” added Skibitsky. That’s why appointments to the command and staff positions of the 1st and 2nd army corps are made from active duty officers of the Russian Federation Armed Forces. Rotation is made based on combat actions intensity.

Military intelligence is in possession of the documents circulated by the command of the 1st and 2nd army corps that includes the annual report of the head of operative section of the 1st army corps staff re deployment place and the state of cooperation between the units.

Documents of the above standard are being developed at the army corps staff for operative planning and reporting to the command. Documents have been developed by servicemen on active duty of the Russian Federation Armed Forces who have the operative-strategic educational background and possess the experience of staff work.

Vadym Skibitsky noted that the General Staff of the Russian Federation Armed Forces commands militants through the Center of territorial troops and other command agencies of the Southern military district. Russian active duty servicemen who occupy command and staff positions up to the company level (included) are directly commanding the units of the 1st and 2nd army corps.

Representative of the Main Intelligence Department of Ukraine’s Defense Ministry said that current training for better coordination of the brigades and regiments of the 1st and 2nd army corps is coming to the end. “Overcoming water barriers and minefields are being practiced among other scenarios at the training, it demonstrates the offensive nature of the combat training of the Russian occupant troops,” he noted. Training of the 1st and 2nd army corps is conducted as part of the unified training system of the Southern military district of the Russian Federation. Supplies of ammunition, fuel and other types of supplies are being maintained by supplies from Russia in the amount that are due to support combat actions over 14-15 days.