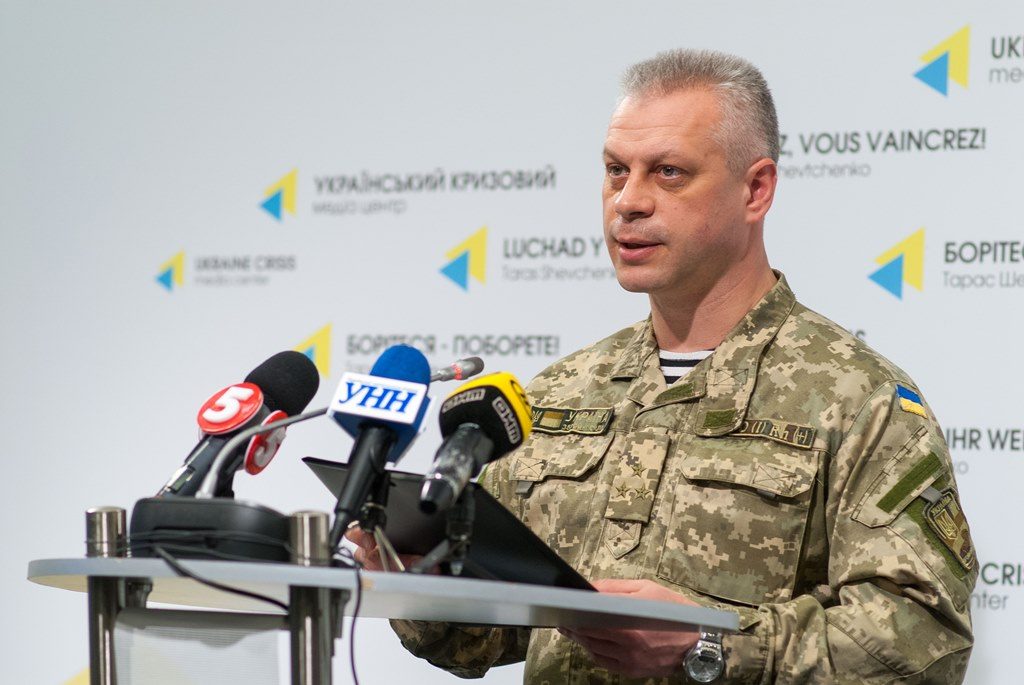 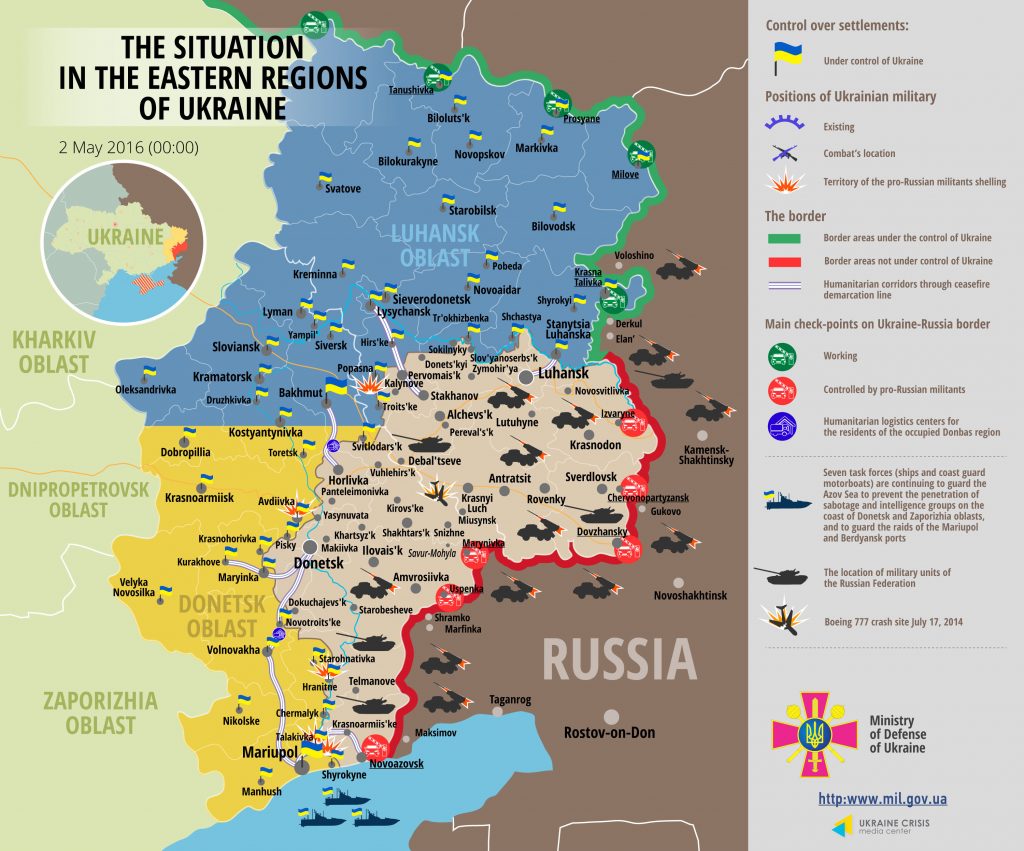 Col. Lysenko also said that the military reconnaissance established new facts of delivery of weapons and military equipment to militants from the territory of Russia. “Ten armored personnel carriers were transported from Izvaryne towards Luhansk recently after they were repaired on the territory of Russia. Moreover, it is planned that a special forces detachment ‘Rys’ (Eng.: ‘lynx’) of the federal service of the National Guard of Russia under command of Vladislav Yershov will arrive at Luhansk tomorrow,” said the spokesman. He explained that the main task of this subdivision will be exerting pressure upon criminal entourage of the chief of the self-proclaimed ‘Luhansk people’s republic’ Plotnitskiy.
According to Col. Lysenko, two more Russian servicemen from subversive reconnaissance group died in the ATO zone. They were active in the vicinity of Vesele village in Donetsk region.