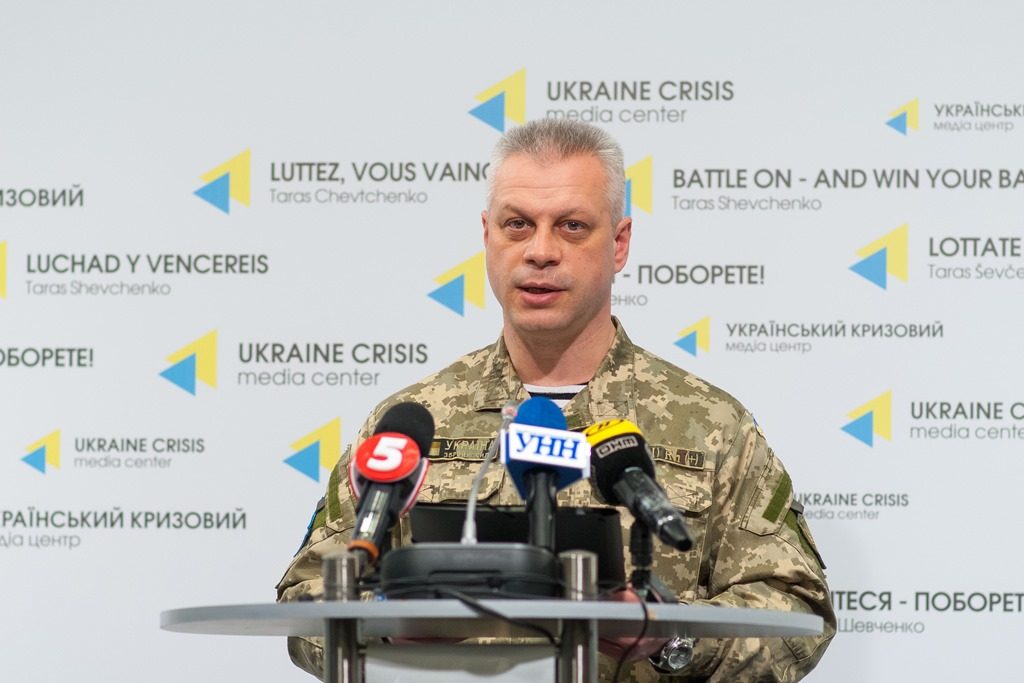 Kyiv, May 3, 2016. Certain decrease in hostilities is observed in the ATO zone. Nevertheless, militants continue aimed shooting at Ukrainian positions. The armistice perfectly held in the Luhansk sector. The situation in the Donetsk sector was more complicated than two days before. “One Ukrainian serviceman was wounded as a result of aimed shelling of ATO troops’ positions in the vicinity of the Svitlodarsk water reserve using small arms. Moreover, the situation was restless west of the Donetsk airport, where the enemy launched 20 mortar shells from 120-mm mortar launchers at Ukrainian positions near Nevelske village. Another hostile provocation was registered on the north outskirts of Horlivka,” informed the spokesman of the Presidential Administration on ATO related issues Colonel Andriy Lysenko at a press briefing at Ukraine Crisis Media Center. 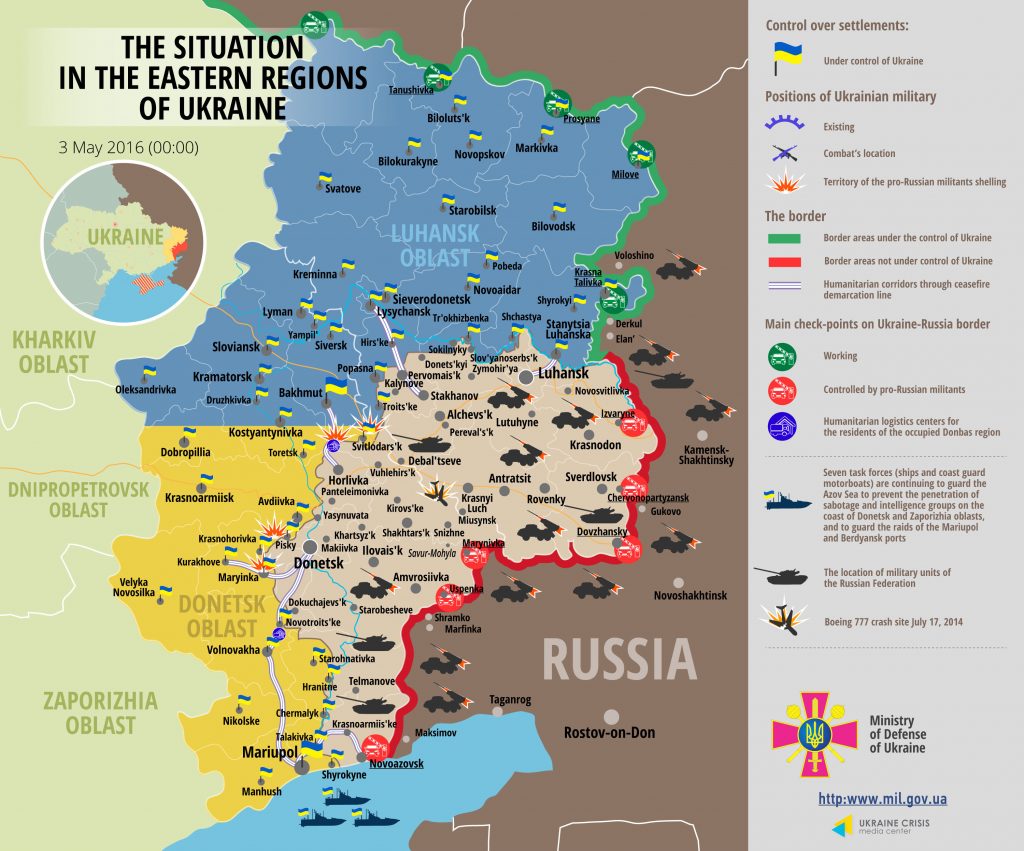 According to Col. Lysenko, Russia-backed militant groups shelled ATO near Mariinka troops from a hand anti-tank grenade launcher. “The total of five hostile attacks at Ukrainian positions were registered at the frontline yesterday,” summarized Col.Lysenko. He also informed that Ukrainian Armed Forces incurred no losses in combat in the past 24 hours.