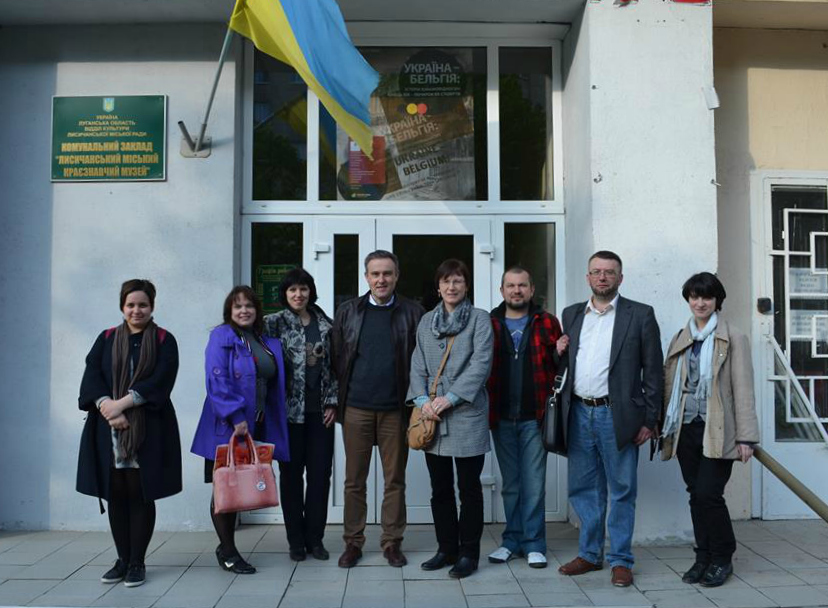 Belgium used to be one of the biggest investors into the industry of eastern and southern Ukraine in late XIX – early XX century. Exhibition that narrates this little-known fact entitled “Foreign investment in Ukraine at the end of XIX century – beginning of XX century. Part one: Belgium” opened in Lysychansk, Luhansk region on April 29.

The exhibition is composed of posters that present shares and bonds of Belgian companies active in Ukraine at that time, archive documents, photos of the plants, workers and of their daily routines. Belgian investments reached the territory of Ukraine’s actual Dnipropetrovsk, Zaporizhzhia, Donetsk, Luhansk and Odesa regions. Over 80 Belgian plants operated in the area at the turn of the century. They included mines, metallurgy, chemical and machine construction plants. Belgians thus used to call Donbas “Belgium’s tenth province”.

The exhibition is based on the collection of Ukrainian patron of arts Dmytro Pirkl who was purchasing archive documents in the EU over 2011-2015. Materials that he managed to collect were then passed to the Dmytro Yavornytskyi Dnipropetrovsk national historic museum. Current exhibition is organized by Ukraine Crisis Media Center (UCMC) and supported by the Embassy of Belgium in Ukraine. It was first presented to the public in Kyiv in March 2016. In Lysychansk the exhibition is hosted by the local history museum, H. E. Ambassador of Belgium to Ukraine Luc Jacobs opened the exhibition.

According to Ambassador Jacobs these common pages of history that are little-known to both Belgian and Ukrainian people need to be popularized in both countries. “Ukrainians and Belgians were artificially separated for 70 years,” the Ambassador said at the opening ceremony. “We need to recall our common European history to get ready for our common European future,” he added.

Lysychansk is the first town in eastern Ukraine where the project is presented. It is not an occasional choice. The town is of particular significance both in the context of Belgian investment in Ukraine and to the industrial history of Donbas. Back in 1892 Belgian entrepreneur Ernest Solvay established a soda plant in Lysychansk – the town that is now located less than 60 km from the contact line. At the time the plant was called Donetsk soda plant. According to the exhibition materials the plant was nationalized by the Soviet authorities in 1919 and continued existing as Lysychansk soda plant, was privatized in the 90s and stopped existing in 2011.

Lysychansk is sometimes referred to as “the cradle of Donbas”, explains the staff member at the local coal mining museum. Lysychansk was the place where first coal deposits in the Russian Empire (which the region was part of at that time) were discovered in 1721. The city was the starting point for industrial extraction of coal in the Russian Empire as ordered by Catherine the Great back in 1795.

In Lysychansk along with the soda factory itself Belgian industrialists also constructed a series of houses, hospitals and churches for the Belgian workers, engineers and factory management that resettled to work and live in the city. Many of the buildings that were constructed in the typical Belgian style of the turn of the century are preserved and used until nowadays.
Thus, in the district of Lysychansk named Upper Village (or the Third Military Company) houses that were initially constructed for Belgian workers of the soda plant around 1900 are still being used as residential houses. The house on the opposite side of the street overlooking the actual industrial site used to be the residence of the plant director. It currently hosts a tuberculosis clinic. A well-preserved building that was initially intended as dormitories for 200 bachelor Belgian workers is currently a gymnasium. However there are buildings that either stand in ruins or are gradually ruining. One of them is children’s hospital.

Ambassador Jacobs emphasized the need to preserve this joint Belgian-Ukrainian heritage when speaking to city- and regional-level authorities at the opening of the exhibition in Lysychansk. According to the Ambassador Belgian-built buildings in critical condition would need to be examined to define if it is possible to preserve and reconstruct them. As a next step access to them needs to be restricted in order to prevent their further destruction and ensure the safety of people. Speaking about potential functionality of the houses Ambassador Jacobs assumed that renovated buildings can become community centers or living facilities for internally displaced. It will give the buildings a new function and will help preserve them. Looking further into the future this heritage can be turned into tourist attraction, Ambassador said.

The exhibition “Foreign investment in Ukraine at the end of XIX century – beginning of XX century. Part one: Belgium” is open at the Lysychansk local history museum until May 10. It will then travel to Severodonetsk and five more cities of Donbas. 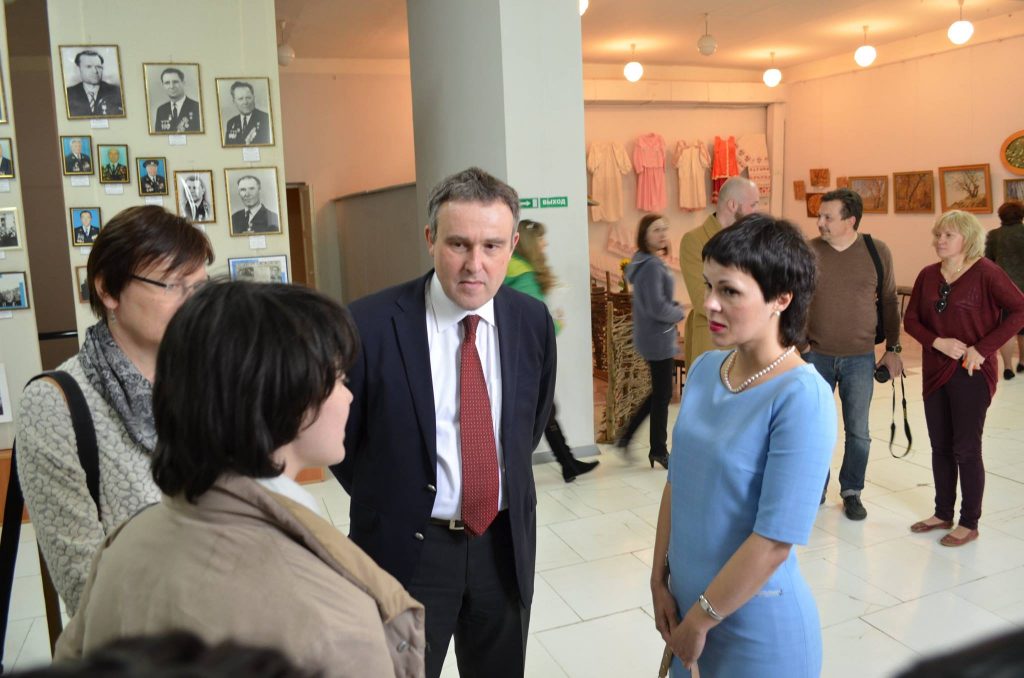 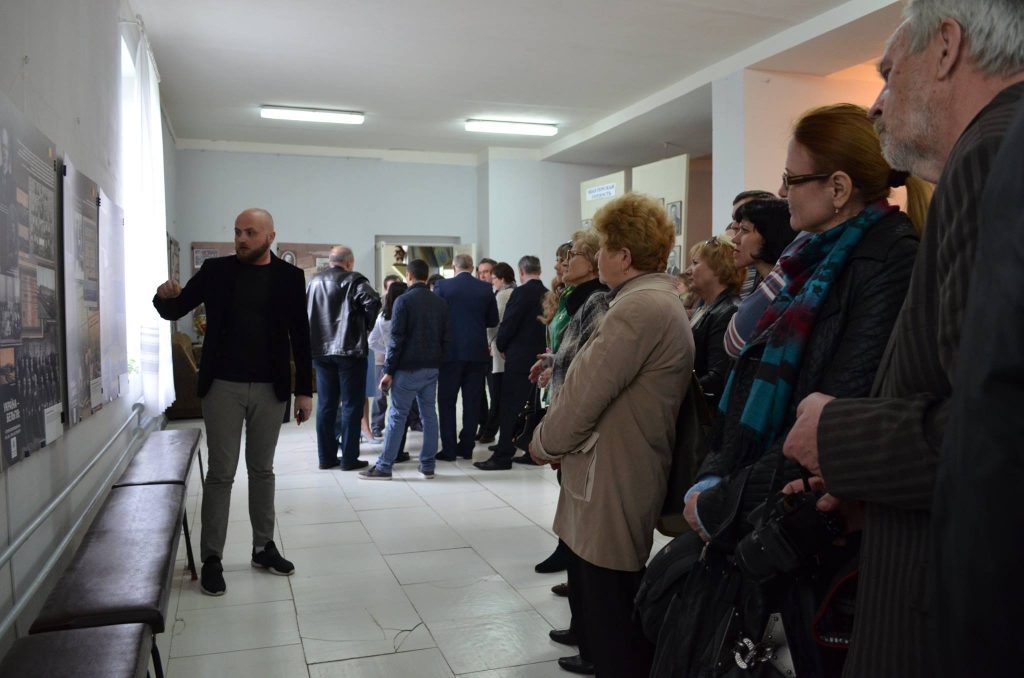