Kyiv, May 11, 2016.  70 troops of the National Guard of the Russian Federation arrived at Debaltseve because of ongoing cases of militants’ desertion, informed the spokesman of the Presidential Administration on ATO related issues Colonel Andriy Lysenko at a press briefing at Ukraine Crisis Media Center, referring to the information provided by the Chief Intelligence Department of the Ministry of Defense of Ukraine. “The subdivision will not come under command of so-called “2nd army corps” – self-proclaimed “Luhansk People’s Republic” (“LPR”),” said Col. Lysenko. Moreover, the intelligence informs of the first-rate Russian weaponry for Russia-backed militant groups in Donbas. “These are Russian unmanned aerial vehicles “Orlan-30” and mobile intelligence station PRP-4A “Argus”, informed the spokesman. 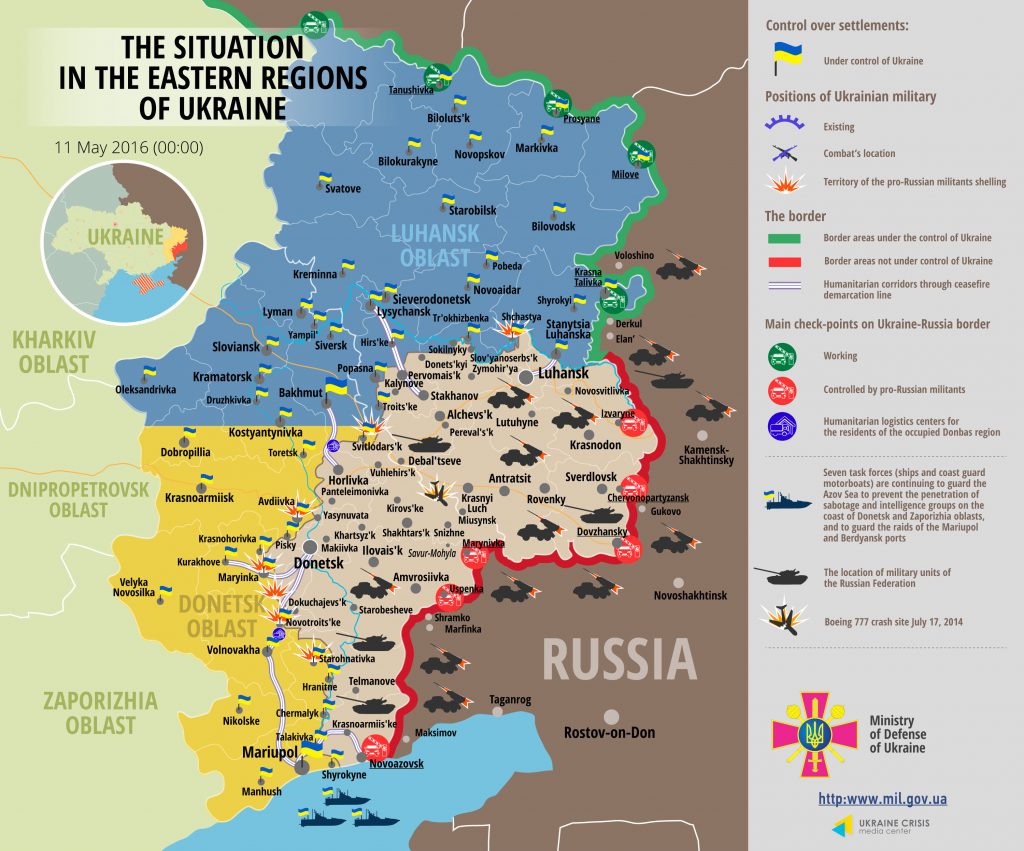 Militants shot at Ukrainian positions in the Mariupol sector six times in the 24 hours, using armored personnel carriers and snipers. “Provocations took place almost along the entire frontline – in Mariinka, near Dokuchaevsk and Starohnativka,” informed Col. Lysenko. One hostile shelling took place in the Luhansk sector yesterday in Shchastia. Militants violated the ceasefire four times in Luhanske and Avdiivka in the Donetsk sector. “The attacks were quite intense, occupants used an armored personnel carrier once,” said the spokesman.

One Ukrainian serviceman died in combat yesterday and three were wounded in the past 24 hours. “Ukrainian Armed Forces incurred all these losses as a result of tripping explosive devices,” informed Col. Lysenko. Moreover, two civilians, workers of combined heat and power plant, were wounded in Shchastia as a result of explosion of a charge for under barrel grenade launcher found in the ground.