Kyiv, May 12, 2016. Ukrainian troops incurred no lethal casualties in ATO zone over the last day, no servicemen were wounded in action. “Adversary restarted using heavy weapons – mortars in particular. Three such incidents took place over the last day, a total of 20 mines were fired upon Ukrainian positions,” said Colonel Oleksandr Motuzyanyk, spokesman of Presidential Administration on ATO-related issues at a press-briefing at Ukraine Crisis Media Center. 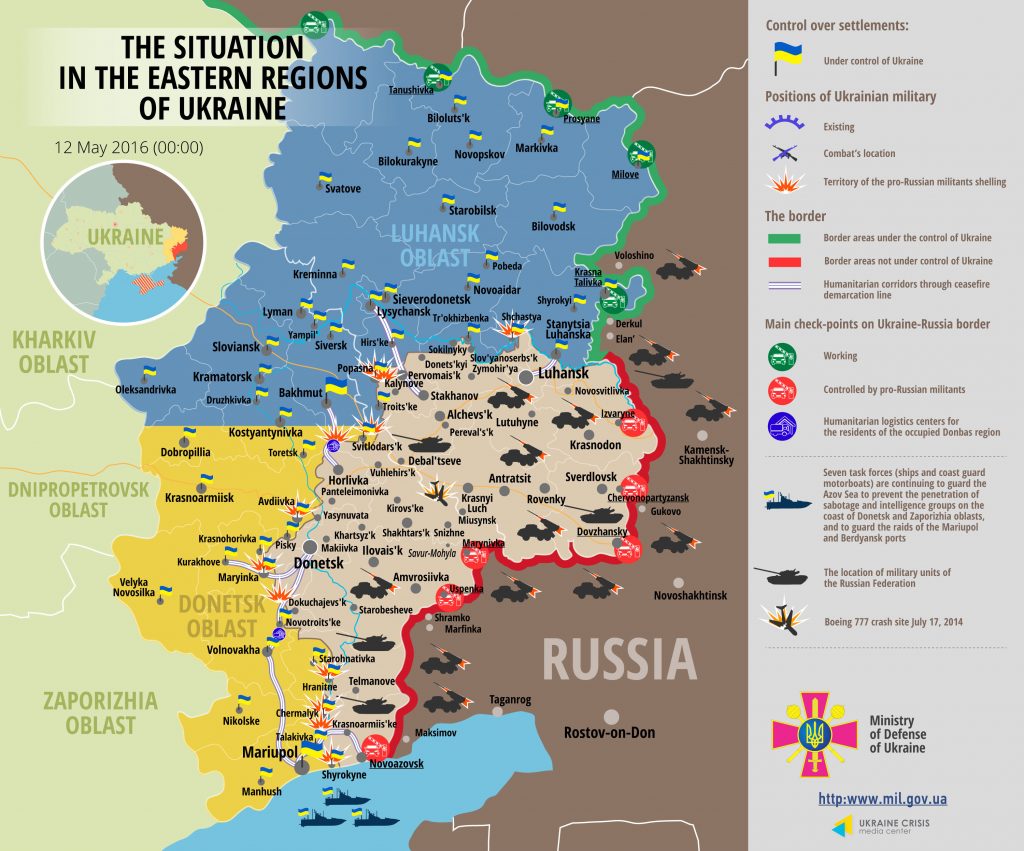 According to the Main Intelligence Directorate of Ukraine’s Defense Ministry militants of the so-called “5th separate motor rifle brigade of the 1st army corps of DPR” incurred losses yesterday: one militant was killed in action and one was wounded. “Militants of the so-called ‘9th separate assault navy regiment of the 1st army corps of ‘DPR’ in Novoazovsk tried to apply the lynch law to the Russian serviceman on active duty Ayur Galanov who brought the occupants old ammunition rounds of low quality,” noted ATO spokesman. Moreover two militants from a unit deployed to Debaltseve tried to desert but they were detained by the newcomers – soldiers of the Russian Federation National Guard.