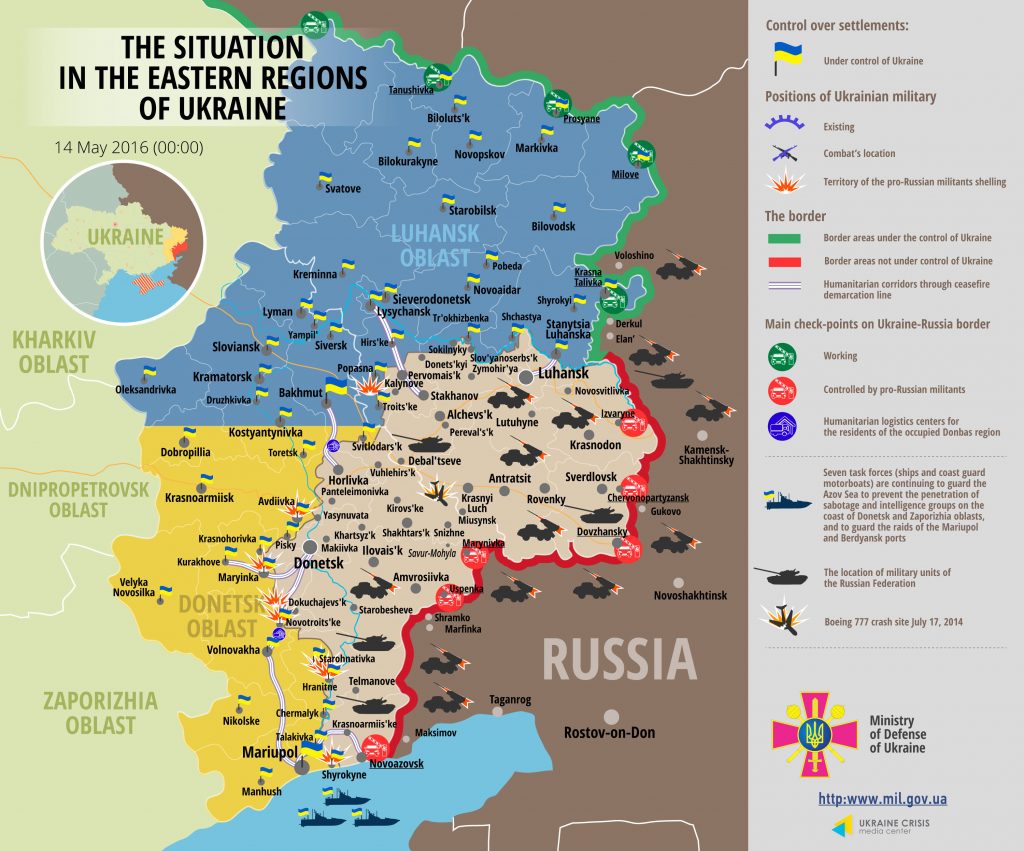 Over the last day seven Ukrainian soldiers were wounded as a result of hostilities, five of them – in the vicinity of Avdiivka because of shelling, and two more – close to Novoselivka in F-1 land mine blast.

According Col. Lysenko, last night the enemy UAV conducted aerial reconnaissance over the temporarily occupied territories. It is proved that it came from Russia. “In Mariupol SBU ceased retransmission of ten banned Russian TV channels. This is not the first case of fast counteraction: on May 11 SBU blocked retransmission of five Russian channels in Kostyantynivka. In addition, Lysychansk City Court convicted a member of an illegal military group “Prizrak” and sentenced him to two years and four months imprisonment. Ukrainian security forces detained him in February 2015. The militant was proved to have been a member of the illegal military group from May to July 2014, and patrolled the occupied Lysychansk with lethal force,” concluded his speech Colonel Lysenko.