Kyiv, May 17, 2016.Ten hostile attacks took place in the Mariupol sector. “The enemy launched over 50 mortar shells at our positions near Dokuchaevsk,” said the spokesman of the Presidential Administration on ATO related issues Colonel Oleksandr Motuzyanyk at a press briefing at Ukraine Crisis Media Center. According to him, Russia-backed militants were dropping hollow charge grenades from unmanned aerial vehicle, attacking ATO rear military supply depot located 20 km from the frontline. 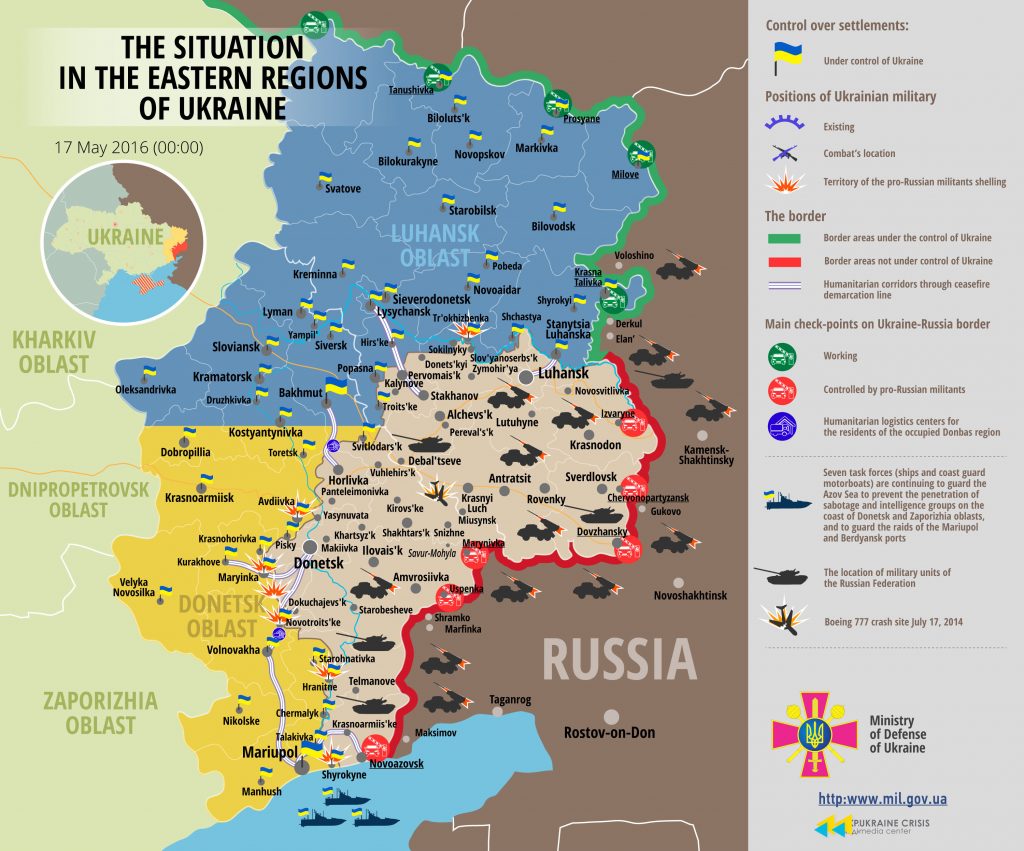 Moreover, the spokesperson informed that the Security Service of Ukraine (SBU) detained a Ukrainian citizen. Russian special services made an attempt to recruit him. “The man went to Russia to earn money when he was a teenager, and was working in Izhevsk. According to the received instructions, the man was supposed to transfer information regarding the Armed Forces of Ukraine and participate in armed provocations. Following his return to Ukraine, the young man instantly informed Ukrainian law enforcements of his recruitment. He was released from criminal liability,” said the spokesman.