Militants shell at across the entire frontline, SBU detains three Ukrainians who cooperated with militants.

Kyiv, May 20, 2016. Avdiivka became the main “flashpoint” in the ATO zone yesterday. “Adversary conducted four intense attacks using mortar launchers. Over 100 mortar shells were launched at Ukrainian positions. All the attacks took place from the direction of the occupied Mineralne settlement,” informed the spokesman of Presidential Administration on ATO-related issues Colonel Andriy Lysenko at a press briefing at Ukraine Crisis Media Center. At the same time, the armistice held in other areas of the Donetsk sector. 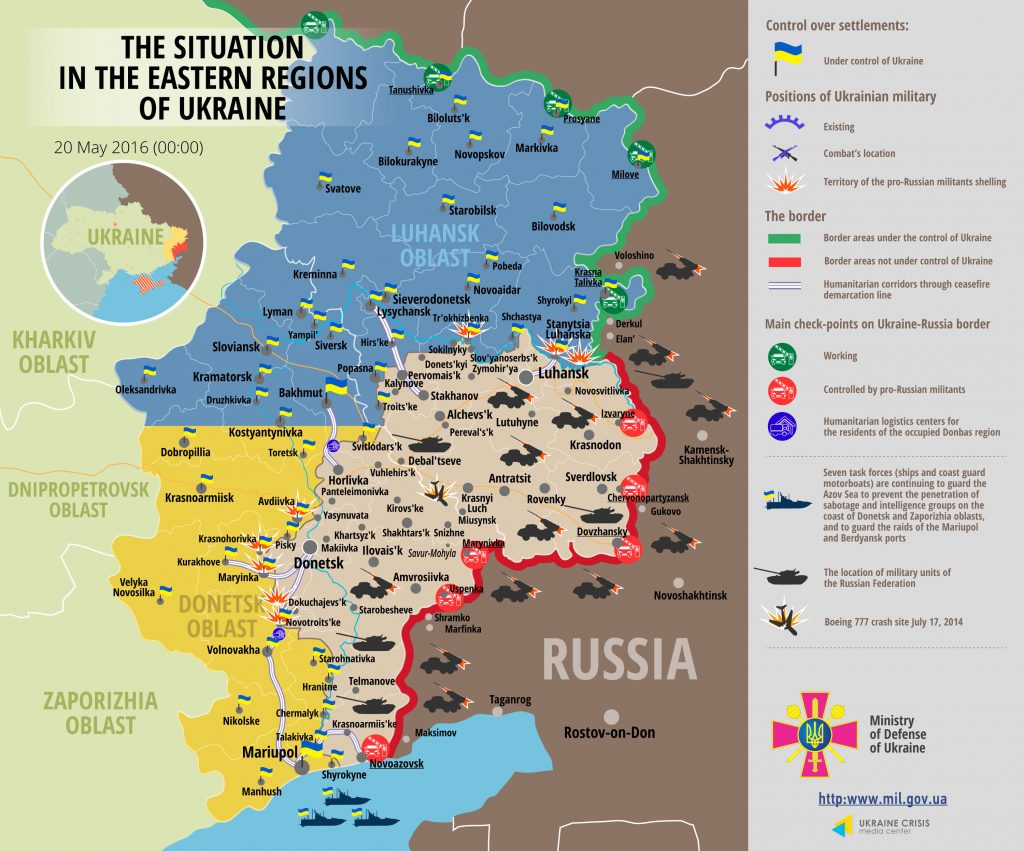 Ukrainian Armed Forces incurred no losses in combat in the ATO zone yesterday, and three troops were wounded. “Moreover, another serviceman died and four were wounded as a result of careless handling of explosive devices in Kostianynivskyi district in Donetsk region,” informed Col. Lysenko.

Col. Lysenko also informed that officers of the Security Service of Ukraine detained three people who were cooperating with Russia-backed militant groups. The first one was an informant of the self-proclaimed Donetsk People’s Republic (“DPR”). “The criminal was recruited in summer 2014 to pass information regarding location, routes of combat equipment and ATO troops’ proceeding near Donetsk airport. Having received these data, militants were adjusting artillery and mortar fire at our positions,” said the spokesman. The second detainee was guarding Kramatorsk town council seized by militants in May-July 2014 and participated in prosecution of pro-Ukrainian activists. Another elderly man was detained in Toretsk. He was keeping guard at militants’ checkpoint carrying arms in the period when the town was under the control of Russia-backed militant groups.