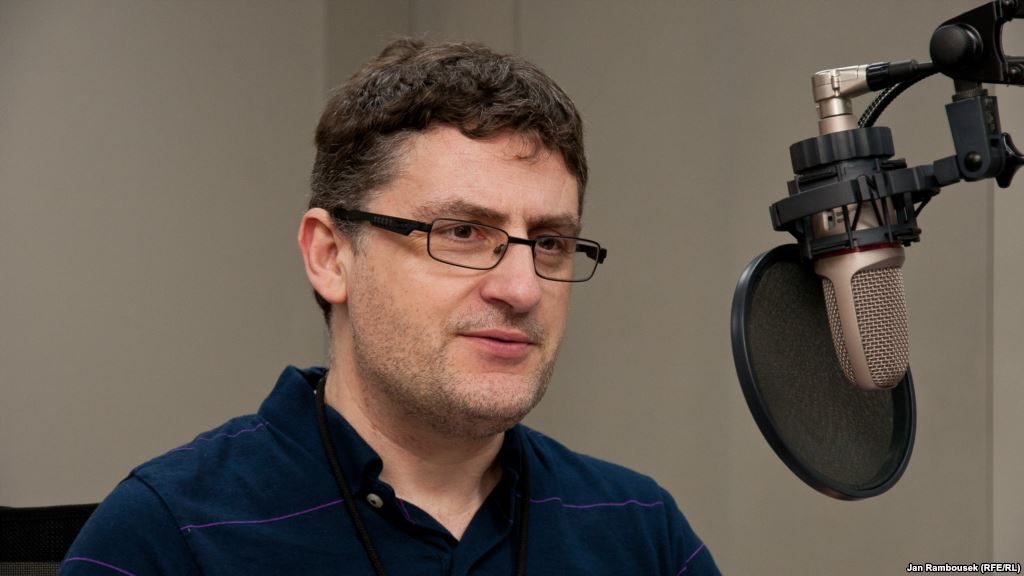 Mark Galeotti is a researcher for the European Council on Foreign Relations. He did a lot of research on Russia’s intelligence services and their arrangements. Hromadske TV journalists asked Mark Galeotti about “hydra” of Russian “special services”, their activity in Europe and post-Soviet countries and their weaknesses.

UCMC is publishing the excerpt of the interview (full interview – video).

You’ve recently published your research on Russia’s intelligence services. What was the role of Russian intelligence in Ukrainian events of the last two years? What are the strengths of the Russian “special services”?

Russian intelligence played multidimensional role in Ukrainian events. On one hand, they provided Moscow with real force in the form of military troops, like it happened in the situation with the annexation of Crimea. They also played a crucial role in Donbas. At the same time, huge efforts have been made to penetrate the Ukrainian authorities, thus being aware of all the plans of the Ukrainian party in advance.

One must understand the scale of these agencies’ activities and their aggressiveness, intensity of their campaigns. This hardly refers to Ukraine alone, as many countries in the West are involved too. It is not only about collecting intelligence and espionage, but active measures conducted by Russia’s intelligence services in order to influence and destabilize.

At the same time, what can be surprising indeed is the level of special services division. They are hugely divided – so much that different branches find it difficult to cooperate and they are taking great pains to draw Kremlin’s attention.

That’s why they mostly tell Kremlin whatever it wants to hear. The real problem is not even about Kremlin’s failure to receive information and advice from the intelligence services. The problem is that information is received, but it is incorrect. This is very unsettling, for it means that Kremlin will be acting unpredictably.

So, Russia’s intelligence services are mostly telling Kremlin convenient lies. For instance, they claim Kyiv is weak and will be ready to concede soon. Alternatively, they inform Russian top officials that the West will not prolong sanctions. Kremlin is reassured by their claims that everything will be alright. It evidently encourages Kremlin to continue the campaign on destabilizing Ukraine, instead of counting losses and retreating.

Are these the weakest spots of the Russia’s intelligence services?

I believe the weakest spots do not depend on the level of technical development. In general, they are smart people, well-trained, have access to huge resource base, for there are many Russian spies working throughout the world. Real weak spots are on the top level of the entire system, around the tasks they are given. The problem is that Kremlin does not understand democratic politicians. Moscow will say again and again to have a closer look at some aspects which are not important. For instance, there are Russian spies in the USA working under serious cover and trying to find out what the U.S. think tanks research. The matter is that think tanks have no secret course or activity area. Russia cannot understand it, for Kremlin sees everything in the conspiracy dimension.

This is weakness number one, and politicization of the intelligence is number one. Good as spies or analysts might be, when it comes to transferring information, not the trustworthy intelligence data are supplied, but something that the high command wants to hear, something that flatter them and support their expectations. Spies are absolutely inefficient in this case. It is the biggest problem – it’s not about the intelligence being unable to receive information, it’s just that bad news is not communicated to Kremlin.

What is the difference between activity of Russia’s intelligence services in the West Europe, East Europe and the post-Soviet countries?

There is huge difference. Moscow is regarding all the post-Soviet countries, except the Baltic States, as its sphere of influence, so takes the liberty of being quite aggressive. At the same time, these counties are mostly ruled by Russia-friendly leaders. For instance, if we have a look at the Central Asia, we will see that Russian intelligence is for the greater part engaged in supporting local tyrannies. When speaking of East and Central Europe – and Ukraine can be put in this category – here Russia’s intelligence services are interested in promoting Russian agenda first of all, rather than establishing direct Russian influence. We can see it all the time in various political destabilization campaigns.

As far as the West is concerned, we are talking about collecting information, as well as an attempt to “split” the West. It does not mean they are planning a European intervention. What they want to gain is conviction that the European Union and all its institutions are divided, weak and unable to oppose Moscow’s game. That’s why they are supporting movements which strive for decline and division of the European Union, withdrawal of separate countries etc. The aim is keeping the West concerned and occupied with its own internal problems so that it does not confront Moscow in well-consolidated front.

If their aim is dividing Europe, which countries are the most vulnerable to the threat posed by the Russian intelligence?

Intelligence services can interfere with activity of politicians and diplomats. We can see very unsettling increase in Jobbik movement activity in Hungary. This is the country that troubles me the most. The Czech Republic today has a president who openly supports some stances of Russia. As for Scandinavian countries, here Russia is doing its best to present Sweden and Finland from joining NATO.

The main thing is that Russia will use each and every political weakness. For instance, Moscow was extremely happy about the prospect of Scotland’s withdrawal from the UK. Just as well, now they are in anticipation of the UK’s potential exit from the European Union and increasing popularity of Marine Le Penn’s ultra right political force in France. All of these are possibilities for Russia. In any time, at any circumstances, if Russia’s intelligence services see certain fracture and vulnerability of the West, they will use it.