Active shelling continues, militants move forces closer to the contact line and down the OSCE UAV. Intelligence reports on potential arrival of Russia’s top military officials to the occupied Donbas. 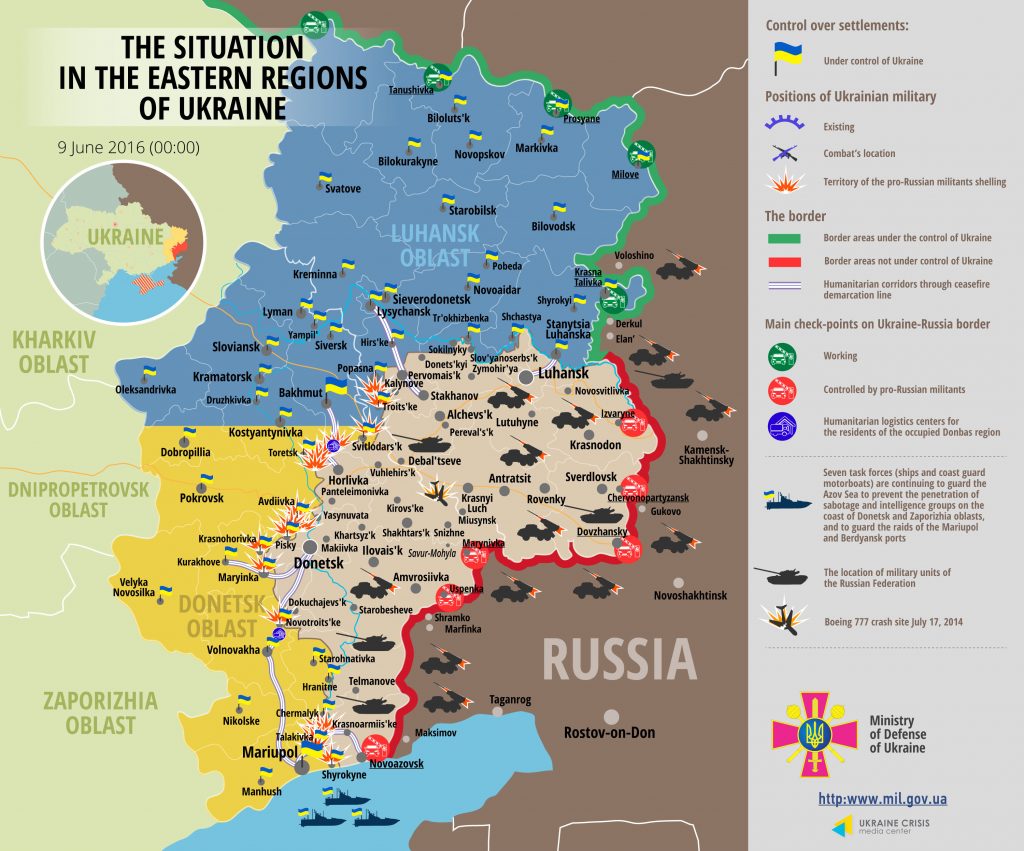 Novotroitske remains the center of hostilities in the Mariupol sector. Intense militants’ artillery attack took place there and mortar launchers were used four times. “Over 30 artillery missiles and over 40 mortar shells were launched at our positions. Moreover, hostile provocations continue along the entire frontline from Mariinka to Shyrokyne,” said Col. Motuzyanyk. In total, 19 militants’ attacks took place in this sector yesterday; eight of them involved use of heavy armor.

Militant conducted one attack in the Popasna district in the Luhansk sector. “According to the military intelligence, three flights of militants’ tactical unmanned aerial vehicles (UAV) in the vicinity of the Bakhmutivska road, Avdiivka and Krasnohorivka,” said the spokesman.

One Ukrainian serviceman died in combat yesterday. Four troops and one border guard were wounded.

Yesterday, fulfilling the order of commander of so-called “1st army corps” to destroy OSCE mission’s UAV, militants of so-called “100th brigade” shelled and destroyed their own UAV by mistake. “Command of Russian-terrorist troops continues taking systemic measures aimed at undermining SMM OSCE authority and interfering with its work.   It is planned to hold a compulsory rally against SMM OSCE presence on the occupied territories of Ukraine. Management of institutions and companies in Donetsk were ordered to ensure presence of their employees in the planned meetings,” added Col. Motuzyanyk.

The spokesman also said that the Chief Intelligence Directorate of the Ministry of Defense of Ukraine informs that the command of the Armed Forces of Russian Federation is checking fighting efficiency of units and subdivisions of Russia-backed militant groups on the temporarily occupied territories. It is done ahead of arrival of commissions from the General Staff of the Armed Forces of the Russian Federation which is planned for June 17.