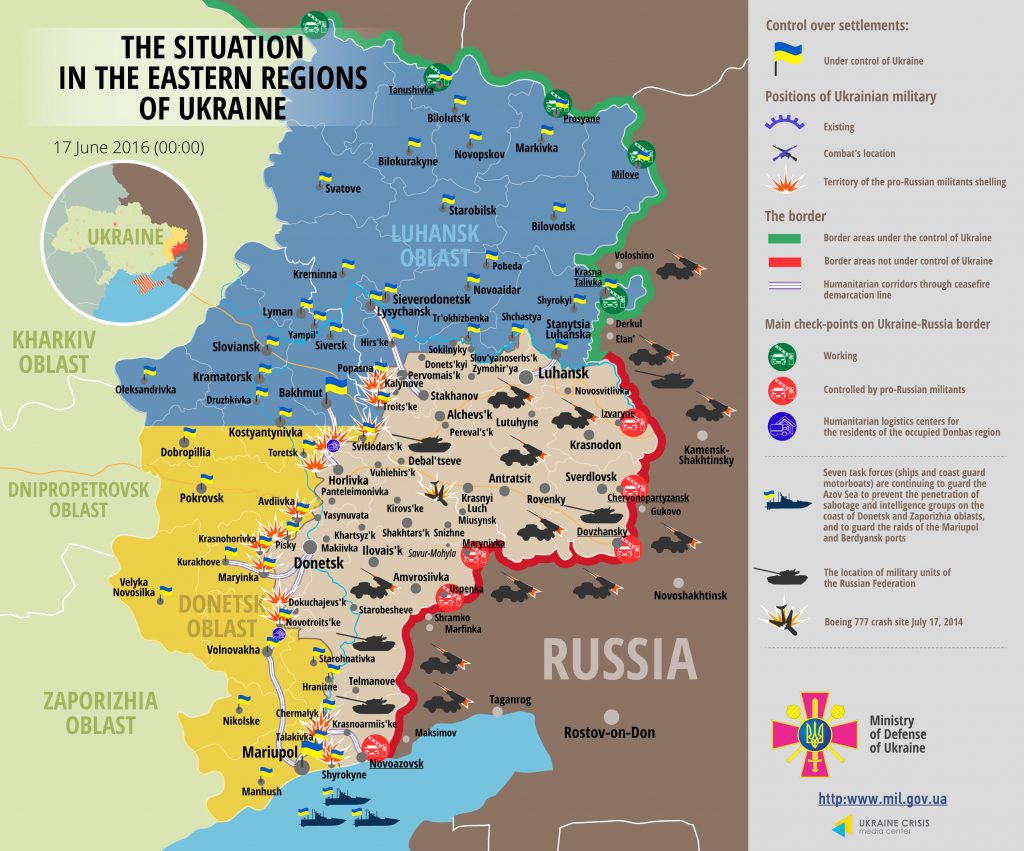 Ukrainian counterintelligence actively fights subverters and agents of Ukrainian intelligence services. Ukraine’s Security Service liquidated 30 Russia-backed militant groups prepared by Russian intelligence to conduct subversive acts not only in the ATO area, but throughout Ukraine. 13 Russian agents are under investigation at present. There are people who used to be in superior positions at ATO staff, the National Guard of Ukraine and the Armed Forces of Ukraine among them. Ukrainian court has already sentenced 22 persons. “A career officer of Russian Military Intelligence of the Armed Forces of the Russian Federation was sentenced to nine years in prison. Another spy, a former officer of Ukrainian Air Forces who worked in collaboration with the Federal Security Service of Russia, was imprisoned for 12 years. Moreover, efficient action of counter intelligence prevented creation of Russia-backed militant formations on the model of self-proclaimed “Donetsk People’s Republic” (“DPR”) and “Luhansk People’s Republic” (“LPR”) in Mykolaiv and Odesa regions,” said the spokesman.

Militants’ provocations took place on the northern outskirts of Horlivka during hours of darkness. Militants used no heavy armor. “Russian proxies launched over 30 82-mm and 120-mm mortar shells at Ukrainian troops west of temporarily occupied Horlivka, near Novhorodske and Troitske. Moreover, the enemy launched 20 mortar shells at Ukrainian strongholds in Nevelske eight kilometers west of Donetsk airport. The armistice held in the Donetsk airport itself. In total, the enemy violated the armistice in the Donetsk sector 18 times,” said the spokesman.

24 militants’ attacks took place in the Mariupol sector yesterday. Half of them took place in Mariinka where Russia-backed militants were active during the day. “As a result of occupants’ criminal actions, two civilians were wounded. Ukrainian law enforcement officers helped take the victims to the hospital in Kurakhove,” informed Col. Lysenko. The situation was the most difficult in Krasnohorivka, where militants used tanks and APCs to attack Ukrainian troops. Moreover, they launched over 80 mortar shells. A number of militants’ attacks which involved no use of heavy armor took place in other areas of the frontline – in Vodiane, Berezove, Pavlopol, Hnutove and Shyrokyne. “Regardless of the danger, activities on defusing explosive devices continue in the Mariupol sector. Only in the past months military engineers working in the area rendered over 1000 items of ordnance safe. Most of them were missiles for grenade launchers and 122-mm and 152-mm projectiles,” said Col. Lysenko.

One Ukrainian serviceman died yesterday as a result of sniper’s shelling on the eastern outskirts of Avdiivka. Five Ukrainian troops were wounded in the vicinity of Mariinka and Mayorsk. According to Ukrainian intelligence, there were three killed and four wounded among militants in 24 hours. These were militants from so-called “11th separate motorized rifle regiment” located in Makiivka and “3rd separate motorized rifle brigade” (home base – Horlivka). Three more militants were wounded in a car crash near Perevalsk where militants’ truck swung over. “According to the intelligence, the truck driver was under the influence of drugs. Apart from the incurred losses, militants’ fighting spirit is undermined by systematic thefts of construction materials intended for fortified structures. 12 militants expressed their willingness to leave the ranks of the militant groups because of this,” explained the spokesman.