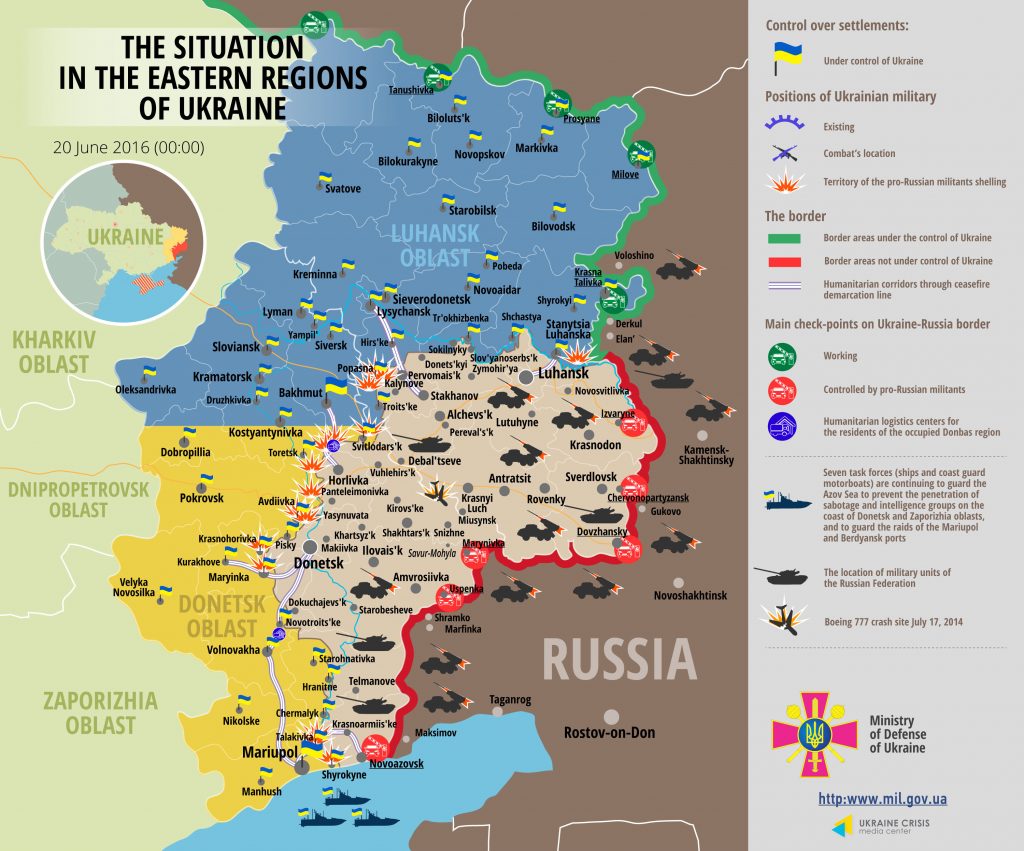 The vicinity of Avdiivka and Horlivka remain flashpoints in the Donetsk sector. Militants shot from mortar launchers, grenade launchers and small arms near Avdiivka and Putylivska coal mine.  “The situation was especially restless near Zaitseve, where militants were shooting from mortar launchers, grenade launchers of various systems and small arms virtually non-stop for three hours on the night of June 18-19, said the spokesman. He added that several sporadic attacks took place in Maiorsk, Novhorodske and Verkhniotoretske. Two other armed insurgent provocations were instigated near Luhanske settlement at the Svitlodarsk bulge.

Militants attacked six times in 24 hours in the Luhansk sector. “Most attacks were directed at ATO troop positions near Novozvanivka where militants used 82-mm and 120-mm mortar launchers. A hostile sniper was operaring in the adjacent Novooleksandrivka, and grenade launchers and large machine guns were used,” said the spokesman. Sporadic armed provocations were registered near Popasna and Syze.

Artillery (howitzer and mortar batteries) of the above mentioned “9th regiment” was moved to ready positions near the frontline. Coordinates for delivering fire were adjusted using unmanned aerial vehicle.