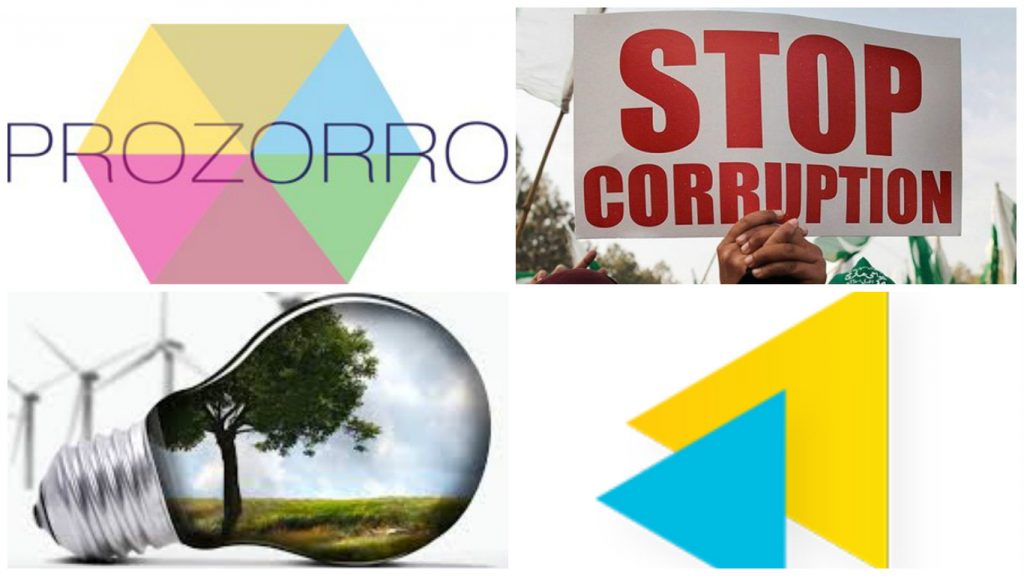 While Ukraine is pending IMF’s decision on the renewal of funding (Ukraine expects to receive about $1.7 billion, which is scheduled to be approved by the IMF, most likely in July 2016), other institutional investors motivate governmental action for reform. The US Agency for International Development (USAID) announced the allocation of additional funding towards the innovation of the energy sector, judicial sector, and decentralization of government.  In total, the funds allocated for these three areas should be $142 million.

The big businesses is equally important for Ukraine, and large investments suggest things are moving in the right direction. The company Bunge, Ltd launched a production and handling terminal at the Mykolayiv seaport. Investments in the project amounted to $180 million, which is one of the largest investments in the Ukrainian agribusiness. This terminal can provide additional inflow of revenue in hard currency up to approximately $360 million.

Meanwhile, Ukraine receives support from European partners. In particular, the German International Cooperation (GIZ) will finance the project “Integrated City Development in Ukraine.”  The project covers four cities (Vinnytsya, Zhytomyr, Poltava and Chernivtsi) and is intended to provide the communities with a detailed development plan, taking into account the latest trends in urban planning and infrastructure development, not the least – job creation. The total amount of the project is € 5.85 million.

While ideologues and supporters of the public procurement system ProZorro actively prepare managers of budgetary funds to work in new conditions, and sometimes have to combat resistance to reform measures (from August 1  all purchases at the expense of state and local budgets will go through ProZorro), the popularity of ProZorro brand grows internationally.

Moreover, the European Bank for Reconstruction and Development (EBRD) recognized ProZorro’s status as a recommended model of public procurement reform, as stated in the Guide to Electronic Procurement Reform (p.77)

Both public procurement and the National Bank’s work for currency liberalization were among the main positive drivers in expert assessments of the progress in reforms.

Common sense prevailed over populist slogans: mechanisms for financial restructuring have finally appeared in Ukraine. Therefore, borrowers who are unable to pay loans in foreign currency due to its rapid rising in 2014-2015, now have a mechanism in order to pay creditors. Banks, in-turn, will be able to “cleanse” their balance of bad loans, likely resulting in the recovery of banking system.

Financial restructuring is voluntary and, among other things, provides for the revision of the loan period, charge for credit, and revision of other conditions. It will be valid for three years. The law also establishes a clear mechanism for monitoring the transparency of these procedures.

The official position of the Ministry of Finance of Ukraine http://bit.ly/261yypX

The official position of the National Bank of Ukraine http://bit.ly/1USUAm8

The NBU will receive another advantage through the introduction of further currency liberalization. The National Bank lifted a ban on transferring dividends accrued to foreign investors abroad. Currently, it is a question of dividends accrued over 2014-2015. But then the timeframe is supposed to be extended. Although profits and therefore dividends were rather isolated phenomena during those years,  the measure taken by the NBU is a positive sign in itself. It not only demonstrates to investors that the country’s economy is gradually recovering, but also clarifies that the government is trying to restore confidence as the key to further growth.

The NBU is consistently implementing the declared policy of gradual currency liberalization. Previously, it has loosened requirements to “the compulsory sale of currency proceeds (from 75%  down to 65%) and has simplified rules for the purchase of foreign currency.

The absolute leader in resonance. Deals with gas, famous names, blocking the work of the National Anti-Corruption Bureau staff, these headlines hit the headlines and TV news. In the public spotlight, the NABU focused on exposing the gas schemes and sugar deals of “the Agrarian Fund.”

On the gas deals – see more in weekly “Energy Reforms”

While the NABU becomes more active in exposing corrupt officials, the National Agency for the Prevention of Corruption (NAPC) prepares for the active phase of its work: on July 1, the law on budget financing of parties will enter into force. Under this law “political parties shall report on their incomes and expenses. This practice is a key technical tool to combat political corruption. The available report form includes 70 pages. Currently, it is subject to registration by the Ministry of Justice of Ukraine. At the same time the NAPC together with MPs test the mechanism of electronic declaration. It will work on August 15, and will compel employees of the 1st, 2nd and 3rd categories (high-ranking officials, heads of departments, etc.) to submit these declarations.

How will the NAPC use best practices in their work – discussion http://bit.ly/1W3SNNB

How do MPS learn to submit electronic declarations http://bit.ly/1Yx7I3z

Unfortunately, the simplification went badly last week. During the week, Parliament worked with a very low efficiency coefficient. MPs cared more for football battles more than for the affairs of taxpayers. There was a shortage of votes to abolish import and export licensing of alcohol and tobacco. The Ministry of Economy and Development estimates that the state budget expenditures on wages for people who process packages of documents submitted to obtain licenses exceed the revenues from licenses, as such, by 26.000 UAH. A license costs 780 UAH.

Read more about the content and course of the legislative process of cancellation of licenses on http://bit.ly/24W7XoH

Islands of positive things in stagnant water.  It is briefly about the actions of those involved in the energy sector reform. The Parliament voted down the adoption of two fundamental laws – on the electric power market and on the independent regulator.

As for the positive things, noteworthy are the NKREKP’s approval of some investment programs aimed at bringing energy consumption metering up to 100%, and the official introduction of national standards for energy audits.  This allegedly boring formulation actually conceals very important actions in terms of the energy efficiency reform implementation. Read more – in our  weekly “ Energy Reforms”.

As always, civil society makes its contribution. This time, with the support of the Embassy of Norway, it developed  and presented a “roadmap” of hydropower reform.