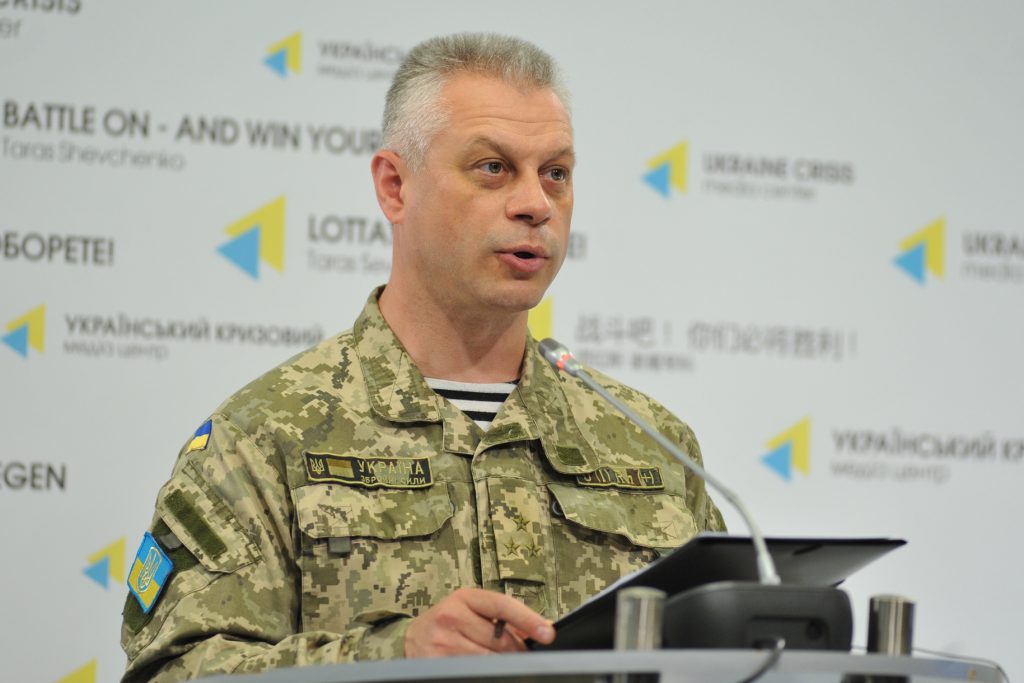 Mariupol sector sees highest number of attacks over the last day by combined Russian and militant troops. One Ukrainian serviceman was killed in an accident, there are no lethal combat losses. Russia continues to send supplies to its proxies in occupied areas of Donbas.

Kyiv, June 24, 2016. Highest number of ceasefire violations in the ATO zone over the last day was registered in the Mariupol sector. Combined Russian and militant forces fired 33 times upon the positions of Ukrainian troops over the last day, five attacks were made with the use of heavy weapons. “The adversary is using infantry fighting vehicles, snipers and mortars. In response to aggressive actions by the occupants Ukrainian troops have to regularly return fire. This applies to Krasnohorivka, Maryinka, the outskirts of Dokuchaevsk, and Shyrokyne,” said Colonel Andriy Lysenko, spokesman of Administration of the President of Ukraine on ATO-related issues at a press briefing at Ukraine Crisis Media Center. 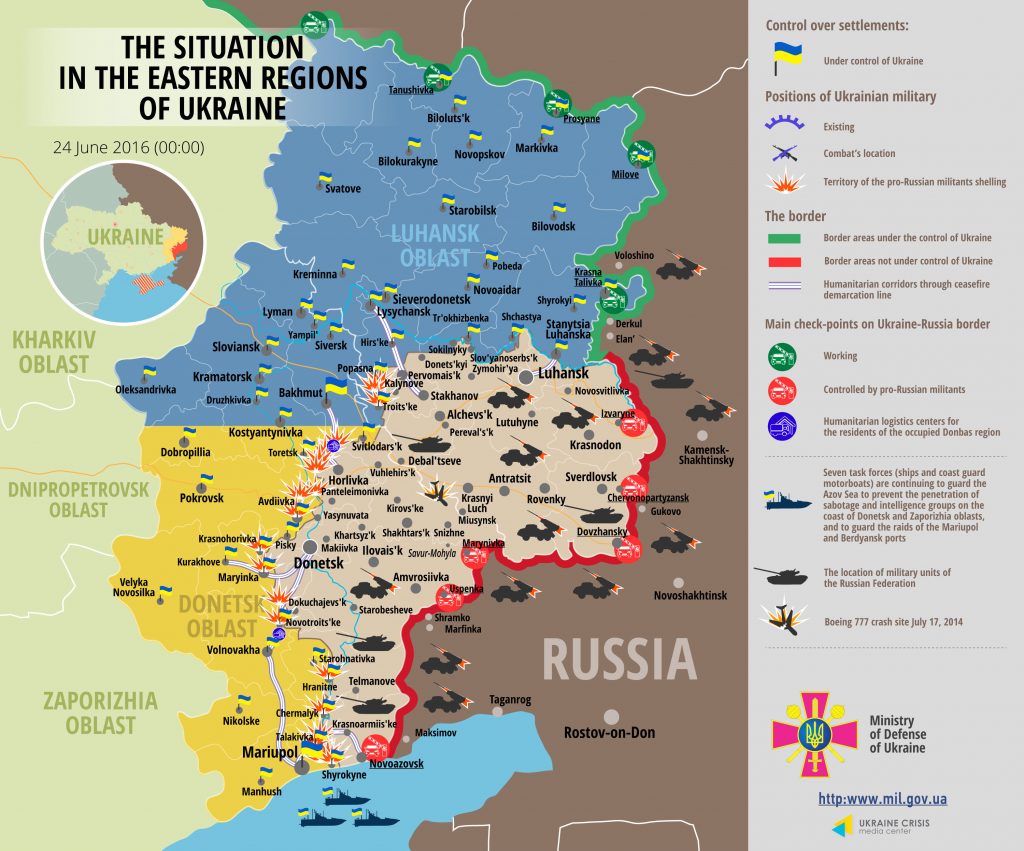 In the Donetsk sector, intensity of attacks by militant groups decreased slightly. Fifteen attacks were registered over the last day, seven of them were conducted with heavy weapons. Militants used mortars and 122-mm artillery. “Main hotspots remain the Horlivka agglomeration and Avdiivka’s industrial zone. A civilian – local resident was wounded in hostile artillery shelling of Avdiivka. The man in question was taken to hospital and rendered medical aid. Three private houses were also damaged,” said ATO spokesman. The situation at the Svitlodarsk salient and in the Donetsk airport was calm yesterday. In the Luhansk sector, militants violated ceasefire twice in Popasna area. Colonel Lysenko also noted that two militant unmanned aerial vehicles were registered over ATO zone yesterday.

Ukrainian troops incurred no lethal casualties over the last day, but five servicemen were wounded in action. One Ukrainian serviceman was killed in an accident. “Yesterday in the morning a military tow vehicle drove into a blockpost near Lysychansk where servicemen of the Ministry of Internal Affair’s Myrotvorets unit were on duty. Resulting from the accident, one serviceman was killed and four more were wounded,” explained Colonel Lysenko. Militant casualties over the last day number one killed and five wounded in action, the fighters are from three different units.

According to the Main Intelligence Department of Ukraine’s Defense Ministry, four railway cars with ammunition (160 tons) and two cisterns with fuel (100 tons) destined for militants arrived in Krasnodon from Russia.

Colonel Lysenko said that officers of the civil-military cooperation (CIMIC) group working in the Mariupol sector are evacuating belongings of civilians residing on the contact line. “Prior to starting evacuation the military were checking the premises for mines or unexploded ordnance and make photographs for the property owners. Then all belongings are loaded into a vehicle that reaches the owners on the safe territory,” elaborated ATO spokesman. He also noted that 12 trucks with over 270 tons of food from a charity organization crossed the contact line through Novotroyitske checkpoint to reach the residents of the temporarily occupied territories.