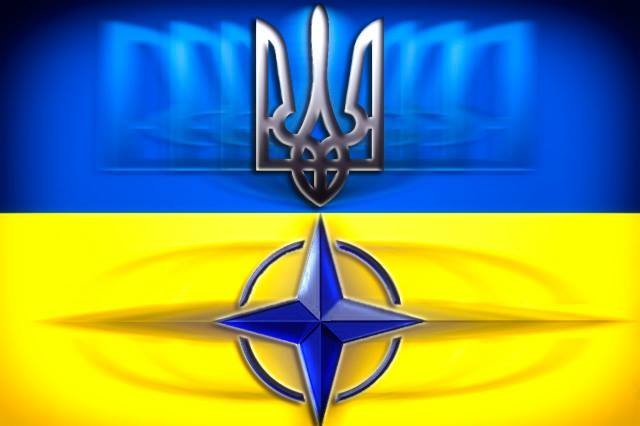 On July 6, experts gathered at a press conference “NATO Summit: Perspectives for Ukraine” to discuss a new opinion poll about Ukraine’s membership in NATO and how NATO’s priorities correlate with the interest of Ukraine, which new forms of cooperation between Ukraine and NATO can be adopted at the summit. Full version of the material is available on the website of the Ilko Kucheriv Democratic Initiatives Foundation. UCMC publishes the excerpt of this material in English and its other working languages.

The situation with the attitude of Ukrainians to NATO, as a guarantee of national security for Ukraine, has radically changed as of today. The new opinion poll about Ukraine’s membership is a proof for that.

In the mid-2000, the idea of NATO membership was supported by 18% of Ukrainians, Donbas region has express its support at the level of 1%.

In May 2016, already 77% of Ukrainians would vote in favor of Ukraine’s membership in NATO, given 58% turnout. As of today, this victory would be the same in all the macro regions.

Even in the Eastern macro region, amount of NATO supporters over the last half a year – between November 2015 and May 2016 – has significantly increased. If the referendum would be held in November, the data would have been the following: in favor – 57%, against – 41%. If however, it would happen in May, the data would be different: 71% in favor, 24% against out of those who would come to cast their votes.

What Ukraine expects from the NATO Summit in Warsaw: information support and work with personnel

Advisor to the Vice Prime Minister on European and Euroatlantic Integration Vladyslav Yasnyuk has informed that Ukraine express its hope that a set of   for Ukraine that will unite many directions, namely:

Political support in the light of Russian aggression

Head of the Verkovna Rada Committee on Foreign Affairs – Hanna Hopko – stressed on NATO’s support in ensuring peaceful resolution of the situation in the Donbass region and fight against the Russian aggression – which are of a great importance for Ukraine.

“After the summit in Wales in September 2014, Ukraine managed to unite and create a pro-Ukrainian coalition to counteract Putin’s agenda. We have uneasy tasks now to maintain this pro-Ukrainian coalition along with NATO member states and plan next steps jointly. On Monday’s press conference Secretary General J. Stoltenberg clearly said that they expect to hear information about situation in  Eastern Ukraine and, particularly, how Russia is fulfilling its ceasefire obligations. Therefore, it is very important to have NATO and the political support on the level of Secretary General, generals who objectively assess the situation in Ukraine for peaceful resolution,” said Hanna Hopko.

Resuming dialogue with Russia or enhanced security measures on the Eastern borders of the Alliance?

Head of the Public League “Ukraine – NATO” Sergiy Dzerdz stated that administrative borders of Ukraine is a synonym in the future of global nuclear non-proliferation. If Ukraine does not regain control over its borders there, we can’t expect it,” said Dzherdz.

“Important is what decisions will be made at these meetings – for the resuming dialogue with Russia or for enhancing security on the Eastern Borders of the Alliance,” says Sergiy Dzherdz. Enhancing its Eastern borders is an example of how NATO understands its vulnerability right now.

Head of the Board of the Foreign Policy Council “Ukrainian Prism” Gennadiy Masak also stressed that the summit will provide an understanding of “how much NATO is ready balance between holding back that is now being shaped on the Eastern borders and the dialogue with Russia. Will this holding back be enough for Russia to understand that this is not the way it should be?

Deputy Head of the Center for army analysis, conversion and non-proliferation Mykhailo Samus assumes that a decision about establishing Center for hybrid warfare counteraction can be made at the NATO Summit in Warsaw.

“For the first time at this summit, Ukraine can hope for the NATO assistance and NATO will hope for Ukraine’s assistance. As it is likely that a decision that NATO will establish a Center for hybrid warfare counteraction in Ukraine.

“It is Ukraine that has unique experience in fighting conventional and hybrid war with an aggression like Russian Federation”, noted Samus. Regarding perspectives of membership, Ukraine’s Strategic Defense Bulletin stated that we need to fulfill the criteria for membership before 2020. Our main task is to ensure the defense of the country and restore territorial integrity and membership now is the most effective instrument for this. How realistic it is, will depend on doubts within the Alliance itself. We have to do everything to increase the defense capabilities and bring Ukraine closer to the membership. At the same time, we need to shape partner relations with the NATO members such as the USA, Poland, the Baltic States, Romania and Turkey,” concluded Mykhail Samus,