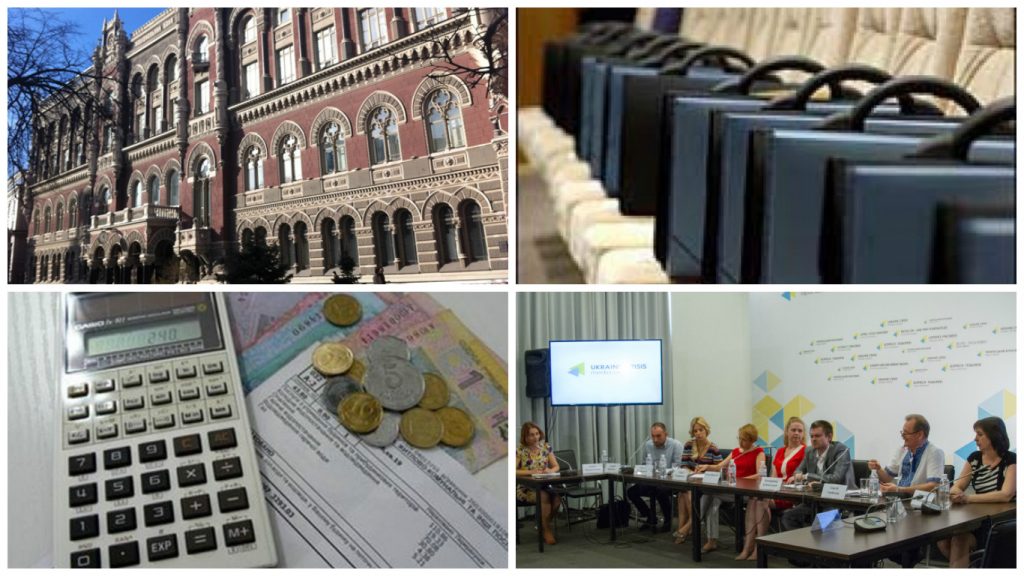 The government undergoes a new test on the ability to defend national interests. The Russian Federation introduces restrictions which can result in complete cessation of transit of Ukrainian production to Kazakhstan and Kyrgyzstan through the Russian territory. On July 5, 43 trucks and 22 coaches that transported Ukrainian products to Kazakhstan were detained at the Russian border. In response, the government decided to ban the import of goods from Russia and planned to introduce restrictions on the transit of Russian goods through Ukraine.

The RF adopted the decision a few days after the EU announced the extension of sanctions against Russia. So, “revenge” to Ukraine was quick. And this is not for the first time. Ukraine has a plan of response. Normally, we count on our international partners’ support.

Information of the Ministry of Economic Development and Trade of Ukraine http://goo.gl/wYQJQj

“We really need money.” However cynical it may sound, this factor forced the Parliament to determine its quota in the NBU Council. The body that develops the Basic principles of monetary and credit policy of the country and oversees its execution, decides on internal NBU audit and a lot of other important issues, among them – approving the NBU estimates, received “half” of the new structure. Thus, 38 billion hryvnias – the revenue recorded in the NBU estimates, which the National Bank can transfer to the state budget after the NBU Council approves this document – become closer. The President is to appoint the second “half” – 4 NBU members. It is still a mystery whom he chooses. According to the law, these staff perturbations were to have happened this spring. But they did not. Before the vacation MPs decided, though not without controversy, to close this issue.

Why this is important http://goo.gl/pfx41H

As to the rest of innovations, which do not promise big money to the budget in the nearest future, the Parliament was not so enthusiastic: among a number of laws aimed at the development of financial markets and which were to be considered this week, MPs voted for only one, and only in the first reading. It is about introducing consolidated supervision of financial institutions. To put it simply, NBU will now regulate all companies (insurance, leasing, factoring, credit bureaus, pawn shops, etc.). The National Commission for State Regulation of Financial Services Markets will focus on regulating pension and construction funds, as well as funds of real estate transactions. For the consumer, this innovation means greater reliability of the financial system. In addition, the introduction of consolidated supervision of financial institutions is a requirement for cooperation with the IMF.

Text of the draft law http://goo.gl/BoQvp7

It would be a good idea to apply this energy for peaceful purposes – MPs with the support of other branches of government are trying to revise the civil service reform, which is one of the basic, and without it radical changes in other areas have a chance to remain only on paper. One of the key moments of the civil service reform is selection of officials by the open competition, which will serve the basis for a competition commission to issue a decision with the participation of different stakeholders, thus ensuring a balanced and objective decision. Instead, now there are attempts to change the process of selecting heads of district and regional administrations towards strengthening of the presidential vertical. The European Commission has already expressed its concern over the audit reform effort. Further stubbornness of the government to make exceptions for certain groups of officials may cost the country financial support from the EU: implementation of the law on civil service is one of the markers for the EU to make a decision on providing support – both macro-financial and specific projects.

Changes to the Law “On State Service” http://goo.gl/M17mE6

Expert opinion – what the amendments to the Law “On State Service” hide http://goo.gl/NUEYKG

Position of an author of the Law “On State Service” https://goo.gl/UNj53V

Until the changes are made, the implementation of a new law on civil service takes its normal course. Last week, a quota of 4 people from the public was filled in the Commission on Senior Civil Service. This is one-third of the Commission. Candidates were elected with the participation of NGOs representatives. The entire process of voting was broadcasted online, which is out of the common even for European practice, because in the EU countries the public representatives are appointed and not elected to the Commission.

The Commission on Senior Civil Service is a collegial body that in accordance with the law holds competitive selection of candidates for the posts of Senior Civil Service (among them are the posts of state secretaries of ministries, heads of central authorities and their deputies, heads of local administrations, heads of staff of the Constitutional Court, etc.). Besides, it is this Commission that defines professional requirements for these categories, coordinates their dismissals. Therefore, ordinary citizens will associate the success of the civil service reform with the effectiveness of the Commission.

What is the Commission on Senior Civil Service? https://goo.gl/aB4L2L

An indicator of the effectiveness of this reform is whether corrupt officials and bribe-takers who were caught red-handed were also sent to jail. Last week, there were abundant arrests: Deputy Health Minister Roman Vasylyshyn was detained on suspicion of taking bribes. However, the case exposed the internal contradictions between the National Anti-Corruption Bureau, Special Anti-Corruption Prosecutor’s Office and the Prosecutor General’s Office. Briefly, NABU and SACP on the one hand and the Prosecutor General’s Office on the other hand cannot decide who should handle Vasylyshyn’s case.

Why does the Prosecutor General’s Office refuse to hand over Vasylyshyn’s case to NABU? http://goo.gl/uj3TqL

It is the most famous reform in the number of discussions in the media and the biggest one in the number of participants (there were many picketers near the buildings of Parliament and Cabinet of Ministers). Unfortunately, it is also the most meaningless in light of the decisions made. None of the draft laws on introducing the market, i.e. transparent and understandable even for an average citizen, rules of the game on the electricity and gas markets has been voted for. An independent regulator has not been launched either. Instead, local authorities make populist statements that any tariff raises are prohibited without putting forth how the money will be raised. Ultimately, the money will still have to be raised through taxes no matter what.

All about tariffs, pickets and empty promises of the power http://goo.gl/oD2W42

With all these tariff pickets, the news about the completion of an open competition to select the candidates for the posts of heads of kindergartens and schools in Kyiv has remained unnoticed. According to its results, 22 winners have been determined. The local administrations are recommended to appoint them heads of their respective educational institutions (11 schools and 11 kindergartens). Kyiv has become the first and so far the only city in the country which holds has held competition for the second time. Winners are elected by a specially created commission, in which the public has a significant influence.

Open competitive selection allowed people who are not “from the system,” who have fresh looks and are ready for transparency and dialogue with the community to try their hand. Institutions led by the heads who were elected by the same competition last year showed impressive results: the number of children in attendance increased and corruption abated; educational programs include the new training courses that are friendly to children.

Discussion at UCMC “Director on a competitive basis: an agent of changes or a false start of the reform?” http://goo.gl/i16nXH