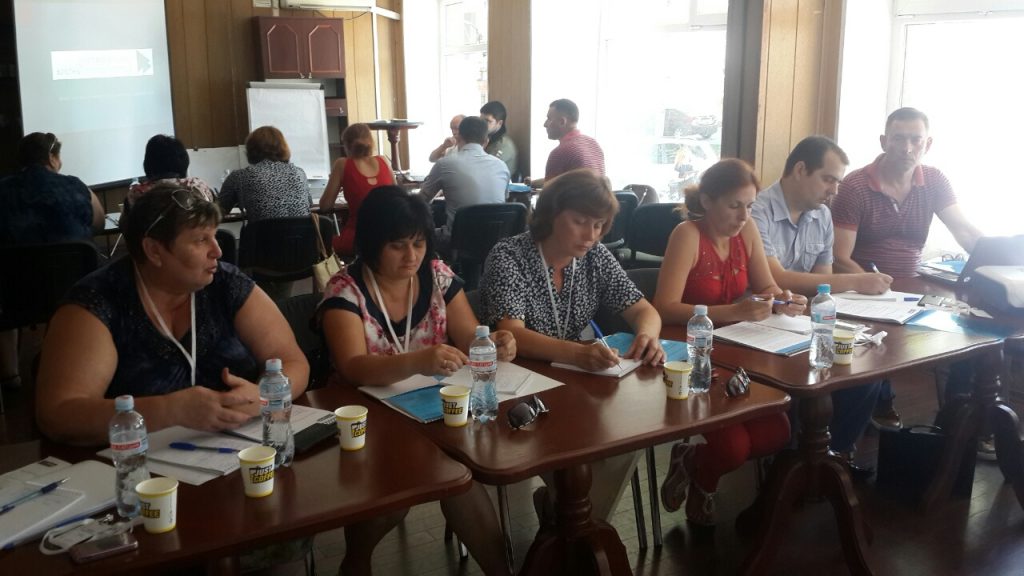 Mykolaiv, July 5, 2016. Training for journalists and editors of local printed media on covering reforms in power industry and energy efficiency measures took place in Mykolaiv. While Kyiv politicians were preparing their speeches regarding tariffs and price of gas, local journalists were inquiring into two key points: how to interpret politicians’ statements and how to make local authorities protect people.

“Reforms in power industry are going back to the 90’s. It is the first time since declaring its independence that Ukraine is moving from the state-planned economy to market conditions. Up till recently the price of gas for households was approved “manually”, and the price of electricity is being approved in this manner up till now,” said the energy reform expert Roman Vybranovskyi.

In addition to the reforms themselves, the participants discussed forms of newspapers’ cooperation with various projects on energy reforms preparing free use information materials.

Fedir Barulin, a leading expert at “Regional Energy Service Company” LLC told the participants how to change the situation at the local level. The energy auditor from Kherson provided a series of successful experiences of local leaders, mayors and administrators who managed to raise hundreds of thousands of euros into the energy saving and energy efficiency projects in their towns. “Any mayor or district can do it,” believes Barulin. “Desire and a little pressure from the public is all that is needed. Constructive pressure upon authorities exerted by people is something local media can secure”.

The training became the sixth event in the cycle of joint Ukrainian-Polish project aimed at strengthening the potential of local printed mass media in Mykolaiv region. The Ukraine Crisis Media Center team (Kyiv) is implementing this project on the territory of Ukraine with the assistance of regional coordinator in Mykolaiv. The East European Democratic Center team (Warsaw) is working at the project in Poland.

The project is implemented as a part of Poland-Canada Democracy Support program with funding from the Poland’s Development Cooperation program of the Ministry of Foreign Affairs of the Republic of Poland and the Government of Canada.