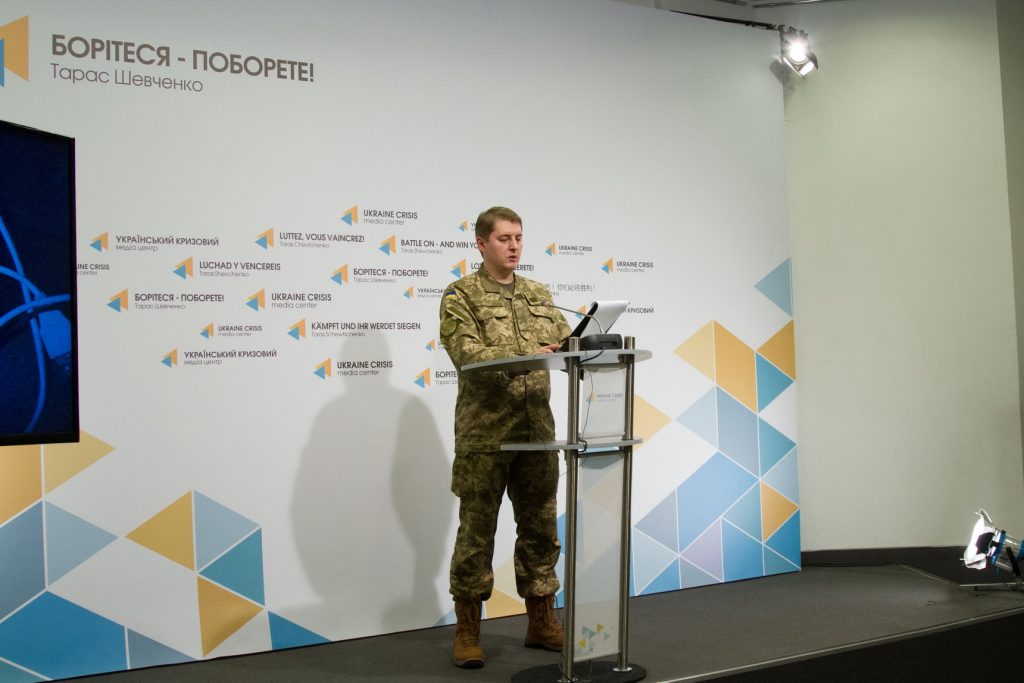 Kyiv, July 17, 2016. Militants are actively using 82mm and 120mm mortar launchers in the Luhansk sector near Novozvanivka, Novooleksandrivka and Staryi Aidar. “The majority of these attacks consisted of two to eight mortar shells launched from mobile mounts, so-called “wandering mortars” used by Russia-backed militants to provoke escalation of the conflict, shelling ATO troop positions and near-front areas of the temporarily occupied territories,” informed the spokesman of the Presidential Administration on ATO related issues Colonel Oleksandr Motuzyanyk at the press briefing at Ukraine Crisis Media Center. According to him, Russian mercenaries are also shooting from large machine guns and grenade launchers. Another armed provocation took place near Lopaskine village. 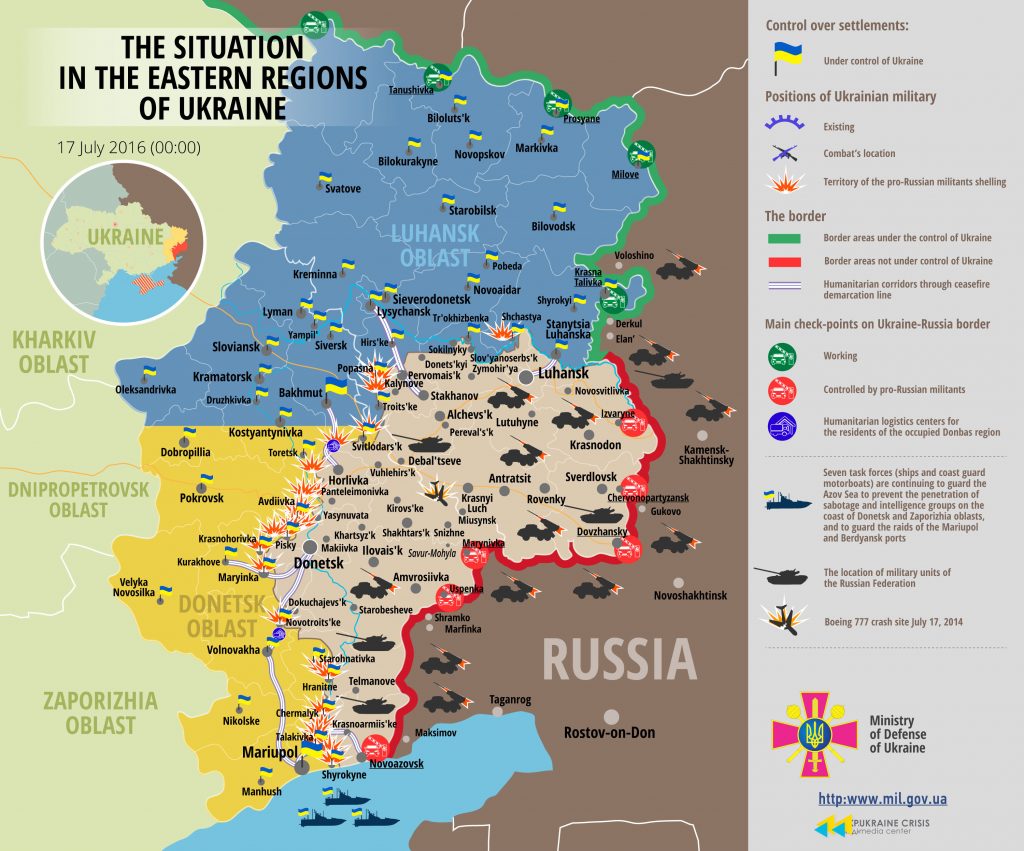 Avdiivka industrial area and the vicinity of Zaitseve remain central flashpoints in the Donetsk sector. “During hostilities in Avdiivka occupants conducted one artillery attacks and shot from mortar launchers four times. Moreover, they are using grenade launchers of various types,” said the spokesman. According to him, the situation is restless in the adjacent settlements Pisky and Opytne, where militants used armored personnel carrier and mortar launcher. Another mortar attack took place near Butovka coal mine. Russian proxies opened fire both during the day and at night near Zaitseve. “Militants mostly shot from grenade launchers, large machine guns and small arms, and armored personnel carriers (APC) and mortar launchers were unleashed at night,” said Col. Motuzyanyk. He added that militants also used mortar launchers during the hours of darkness near Nevelske village, and anti-aircraft mount was deployed near Krasnohorivka. A number of attacks have reduced near Luhanske settlement at the Svitlodarsk bulge.

Attacks continue along the entire frontline in the Mariupol sector. “The situation is especially restless near Shyrokyne, where Russian terrorist troops were shooting from all types of weapons except artillery and missile launchers. Nevertheless, artillery was used near Pavlopol and Vodiane,” said Col. Motuzyanyk. Moreover, militants actively used mortar launchers near Mariinka, Hranitne, Hnutove and Talakivka. Militants were shooting from APCs in the vicinity of Mariinka and Novotroitske. Two flights of militant unmanned aerial vehicles were registered in the Mariupol sector.

The spokesman informed that Ukrainian Armed Forces incurred no losses in combat in the past 24 hours, but three troops were wounded in fighting in the Mariupol sector. Moreover, there is an update on July 15. “Two servicemen sustained blast injury during firefight with the enemy near Mariinka. Both troops are in hospital in Kurakhove town and their health is in satisfactory condition,” added the spokesman.

Col. Motuzyanyk informed that on July 15 militants from so-called 7th brigade yet again refused to collect money for treatment of their heavily wounded “colleagues”, as they believe it is the command that should take care of it. “Most militants from this “brigade” refused to give money for burial of their former commander, colonel of the Armed Forces of the Russian Federation Aleksandr Bushuev. As a result, they were deprived of wage premium for participation in frontline combat. Russian colonel mysteriously died in enemy’s deep country near Khartsyzk two weeks before. He seriously confronted his command and his subordinates before his death,” reminded Col. Motuzyanyk.