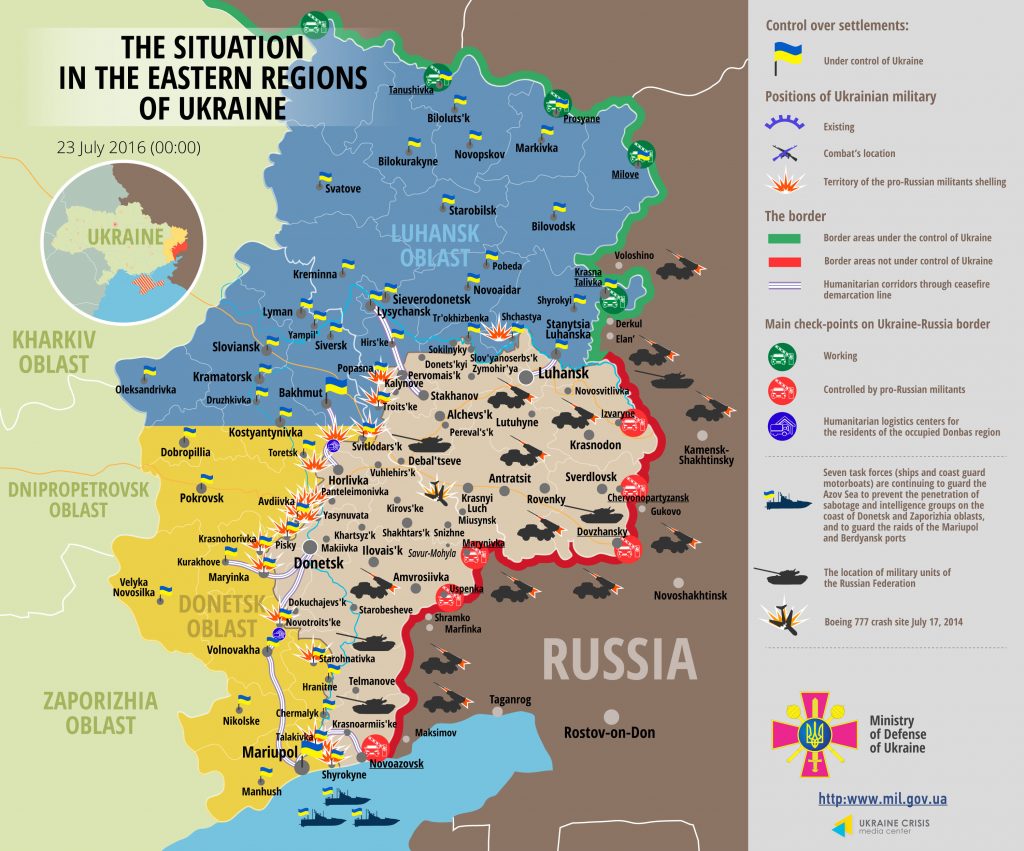 Col. Lysenko said that on July 22 militants from so-called “1st rocket artillery battalion” of the “3rd separate motorized rifle brigade” of Russian occupational forces intentionally burned Grad multiple rocket launcher system. “Militants chose this way to take revenge on their command – deputy battalion commander colonel Olha Kachura and assistant deputy commander of armaments captain Yuriy Melnyk who had seized mobile phones from their subordinates under the pretense of maintaining security reasons. They promised to arrest the most recalcitrant ones and “pit” them, as is the usual practice among the militants,” explained Col. Lysenko.

Luhansk law enforcements jointly with border guards detained a Severodonetsk inhabitant who was a member of so-called “Luhansk People’s Republic” (LPR). “In spring 2014 he voluntarily joined the ranks of the militants and was keeping armed watch at a checkpoint, illegally inspecting vehicles and citizens’ documents. After Ukrainian Armed Forces liberated the town, the militant fled to Russia. The man decided to go back home recently, but was detained at the same Tanuishivka checkpoint on Ukrainian-Russian border,” summarized Col. Lysenko.