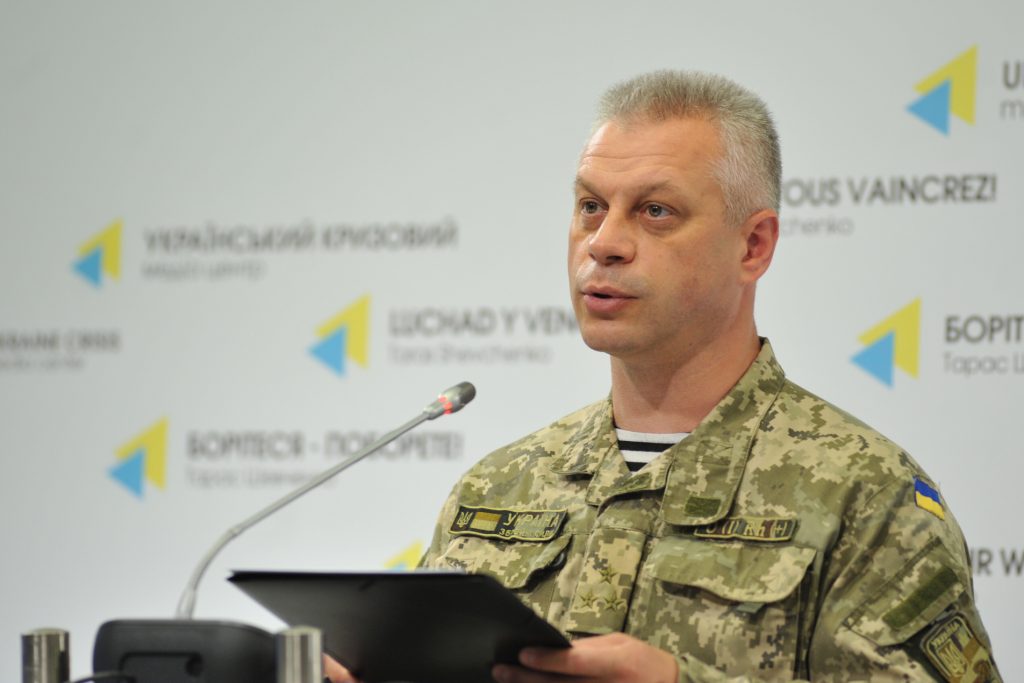 The Donetsk sector became the epicenter of combat yesterday, while no heavy armor was used in the Mariupol sector. Russia continues reinforcing militant troops with ammunition and military equipment.

Kyiv, July 30, 2016. Active hostilities were instigated yesterday in the Donetsk sector in the armed conflict zone – in Luhanske village at the Svitlodarsk bulge and in Avdiivka-Pisky frontline area. “Militants intensively used heavy armor in all these areas. For instance, an artillery attack took place near Nevelske. According to the headquarters’ estimations, Russia-backed militant groups launched over 110 mortar shells at our positions in this sector. The most intense attack involving use of heavy armor took place in Nevelske and Pisky,” informed Colonel Andriy Lysenko, Presidential Administration spokesperson on ATO related issues, at a press briefing held at the Ukraine Crisis Media Center. According to him, in addition to intense mortar and grenade fire, militants’ snipers shelled Ukrainian positions twice. Moreover, several militants’ provocations took place near Horlivka yesterday, but the armistice mostly held in this area. 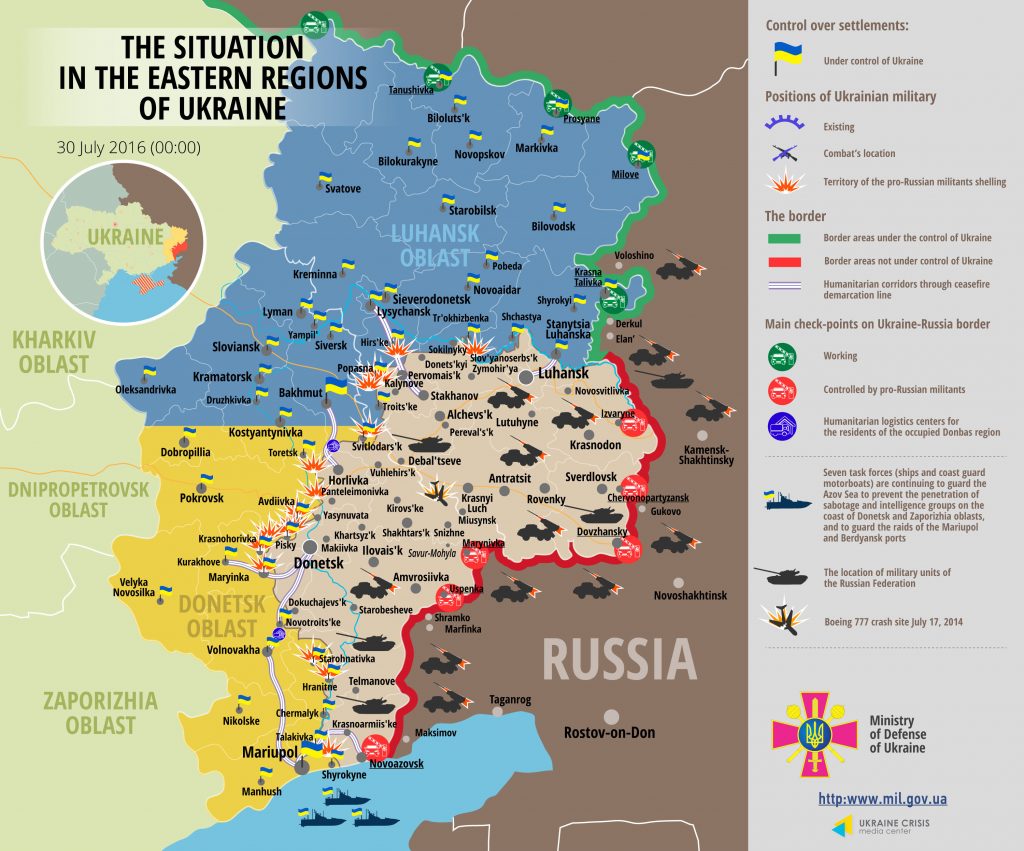 The main hostilities in the Luhansk sector took place in the Popasna district. Following two-hour attack involving use of machine guns and grenade launchers of various systems, militants used mortar launchers. Approximately at the same, time Russia-backed militant groups instigated provocations in other areas of the frontline area – in Lopaskyne and Zolote. “Occupants violated the ceasefire only from 7:00 p.m. till midnight, and the rest of the day the armistice held. It happened due to an OSCE unmanned aerial vehicle flight in the vicinity of Shchastia before midday,” explained the spokesman.

According to Col. Lysenko, in the Mariupol sector the situation yesterday was the most restless in Krasnohorivka where an extremely intense and long-lasting militants’ mortar attack took place. “Adversaries launched 70 mortar shells at our positions during 2.5 hours. It happened before dawn. Moreover, the enemy regularly violated the ceasefire along the entire frontline: in Mariinka, Starohnativka, Hranitne and Vodiane. No heavy armor was used,” said Col. Lysenko. According to the spokesman, one Ukrainian serviceman died and another one sustained blast injury.