Kyiv, August 2, 2016. Militants did not use cannon artillery in the Donetsk sector in the ATO zone yesterday. Nevertheless, they continue actively shooting from mortar launchers, said the spokesman of Presidential Administration on ATO-related issues Colonel Oleksandr Motuzyanyk. “Over 260 mortar shells were launched at our positions in the entire Donetsk sector, which is a record high number for this summer. Svitlodarsk bulge, Zaitseve-Maiorsk area, Avdiivka industrial area and Opytne were the central flashpoints,” informed the spokesman. 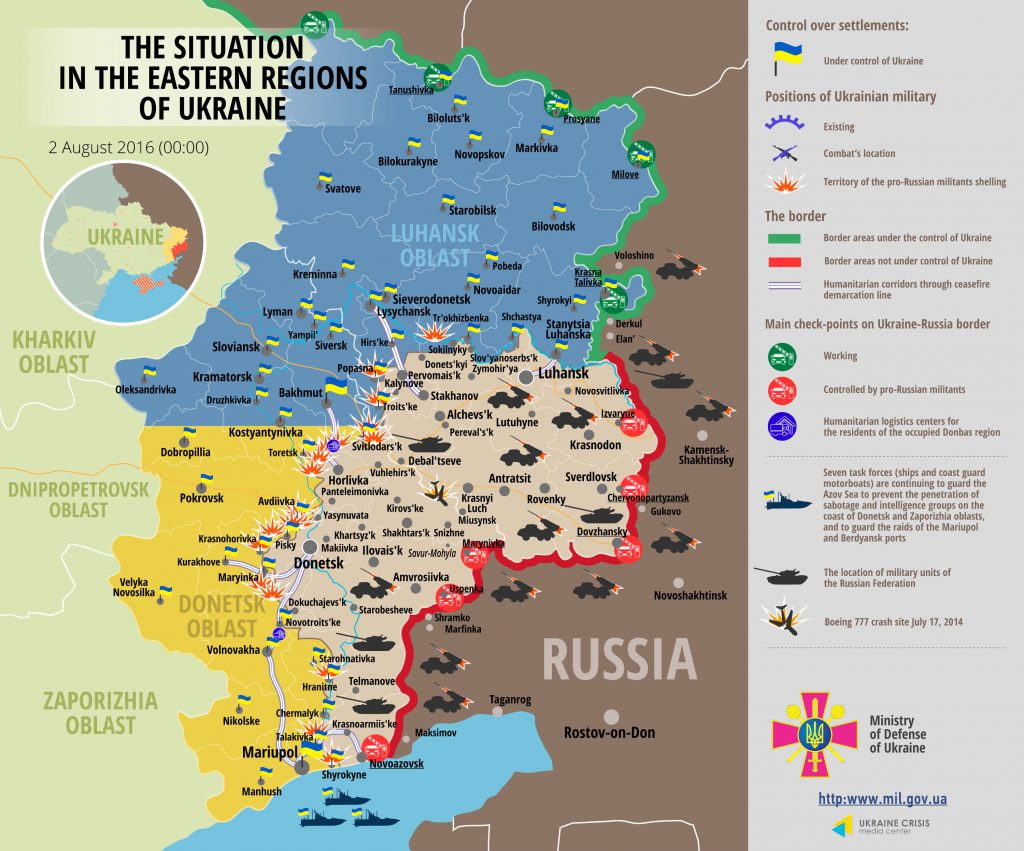 Col. Motuzyanyk said that the adversary violated the ceasefire in the Luhansk sector in Krymske and Popasna. “Occupants attacked two times during the hours of darkness in both positions. They used mortar launchers once. The second attack involved sniping fire,” said Col. Motuzyanyk. According to him, in the Mariupol sector, the situation was the most restless in Krasnohorivka and Hnutove-Shyrokyne frontline area. Russia-backed militant groups launched over 130 mortar shells, being active during both the day and nighttime hours. Moreover, Col. Motuzyanyk said that the occupants violated the ceasefire in other previously calm areas yesterday – Novomykhailivka, Taramchuk and Hranitne.