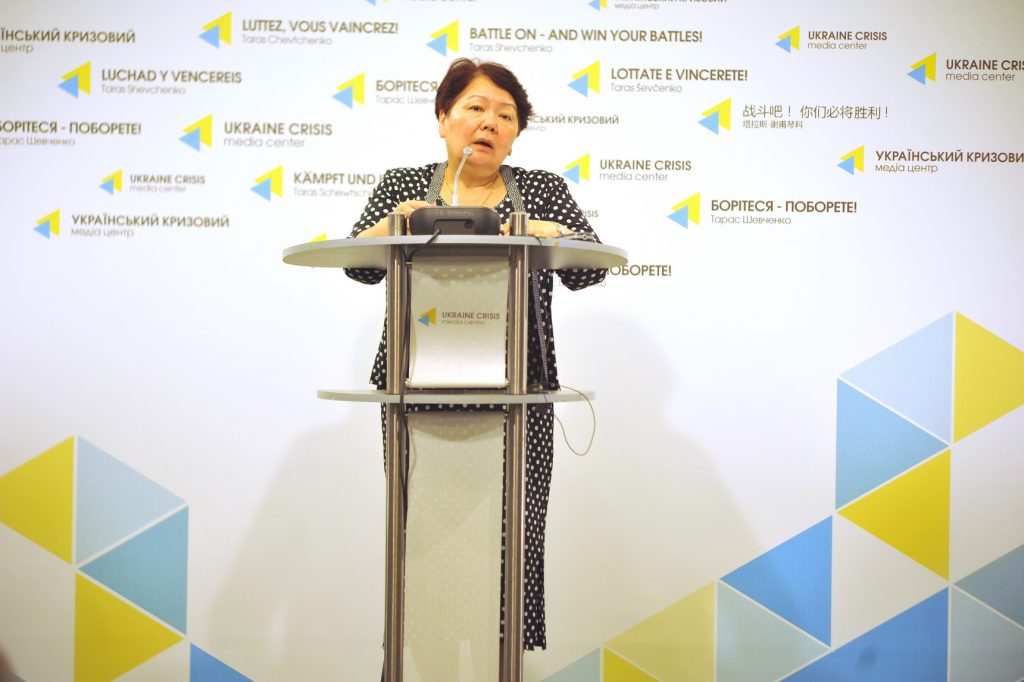 OSCE envisages the problem of human trafficking in Ukraine and how it has changed over the past three years. The OSCE presented methods on how to combat the phenomenon.

Kyiv, August 5, 2016. Ukraine is a country of origin, transit and destination for victims of human trafficking. The crisis in the Ukraine has both increased the number of victims and expanded the range of vulnerable groups. One of them is internally displaced persons. Human trafficking inside the country is another phenomenon that has emerged, said Ambassador Madina Jarbussynova, OSCE Special Representative and Co-ordinator for Combating Trafficking in Human Beings. “Before the crisis we were speaking about Ukrainian victims who were found abroad, victims of domestic human trafficking have been added to this number now,” she noted.

According to Jarbussynova, the number of people whom the Ministry for Social Policy has officially registered as victims of human trafficking and to whom respective assistance has been provided increased over the last three years. “However such social assistance is not adequate for reintegration of victims of human trafficking into society and their complete rehabilitation,” noted the OSCE Special Representative. She said the organization is currently working in this direction in order to develop the system of the so-called “re-direction”: provision of specialized medical and psychological assistance as well as legal consultations to the victims etc.

Madina Jarbussynova emphasized that liability over the crime of trafficking in human beings needs to be reinforced, as insufficient punishment only encourages this phenomenon to spread further. “Perpetrators are often not held liable to the adequate extent. Financial flows also need to be discovered as human trafficking is one of the most profitable crimes. However, punishment does not correspond to the scales of the crime,” she said. Jarbussynova reiterated the need to train the newly established National Police as to the work that counteracts trafficking in human beings.

OSCE’s Special Representative noted that in order to prevent this type of crime vulnerable social groups need to be trained as to where risks might await them. Media cooperation in this regard is critical.

More information about OSCE’s projects on human trafficking in Ukraine is available here.